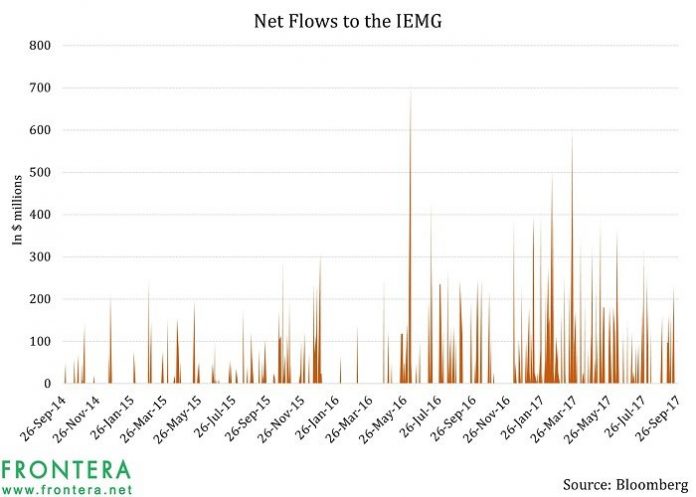 In the previous article of this series, we showed global investor interest in emerging market assets by assessing fund flows to ETFs.

In the equity hemisphere, the US-listed iShares Core MSCI Emerging Markets ETF (IEMG) is several notches ahead of its closest competitor. Given the dominant investor interest in this ETF this year, we’ll take a closer look at it in this article. 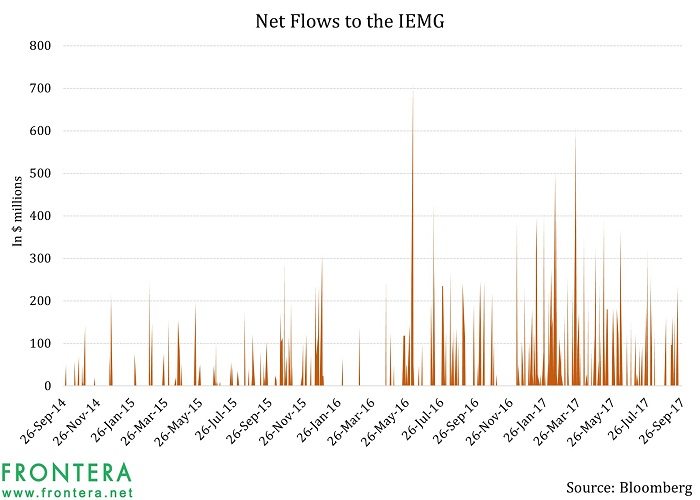 The graph above shows the daily flows to the IEMG in the past three years. The fund has attracted inflows up to $700 million in a single day in that period. And the spikes in 2017 display investor interest in the fund continuing this year

In order to see the story behind this data, let’s look at the graph below which plots the outstanding shares of the ETF over the past five years. It also displays the surge in investor interest over the past nearly one and a half years. 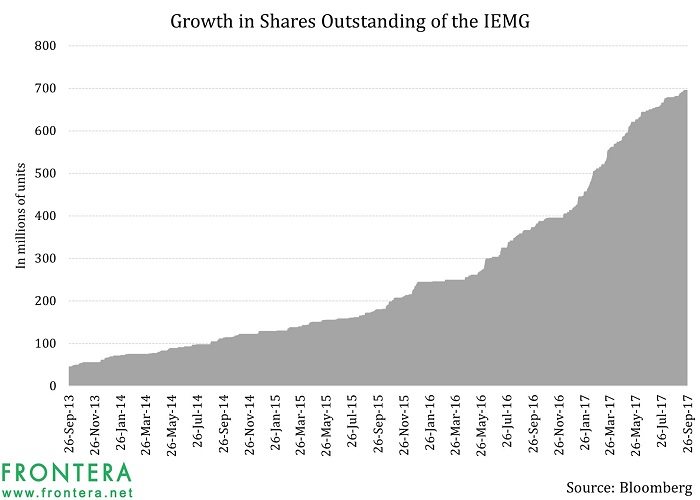 Contributing to the rise

The geographic composition of the IEMG is provided below. The top six invested countries form 77% of the fund’s assets. 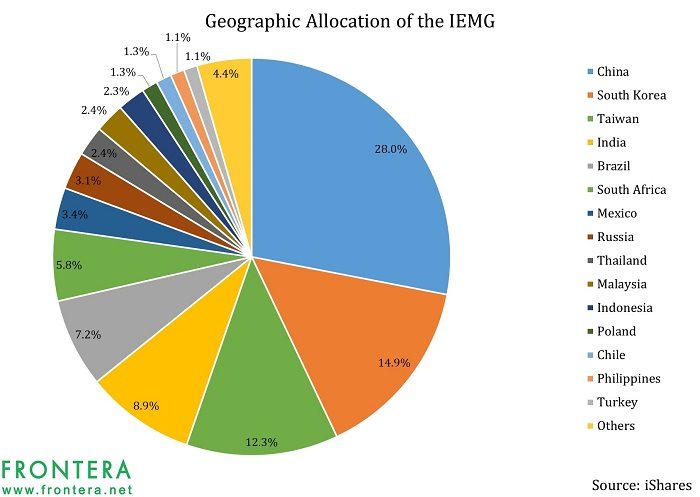 In terms of sectoral allocation, information technology forms one-fourth of the fund’s assets, followed closely by financials, which form a little over one-fifth. Consumer discretionary, materials, and industrials round-off the top five invested sectors, in that order. Along with energy, these six sectors form 78% of the fund’s portfolio.

The IEMG is one of the best performing funds in the emerging market equities category this year, though it is not the best.

In terms of sector allocation, its top four invested sectors have contributed to the fund in that order, thus being the primary reason for the fund’s superlative performance.

South & Central America follows with Brazil contributing the most to the fund from the region.

Poland leads countries from Eastern Europe while South Africa is the only meaningful contributor from Africa and the Middle East.

Stocks from China, South Korea, Taiwan, India, and Brazil have been the top five contributors to the fund in this year so far. While the information technology sector has been the biggest positive contributor from the first three countries, financials have led returns from India and Brazil.

Consumer staples and telecom services have nearly equally contributed from Mexico while the consumer discretionary sector has been the clear leader from investments in South Africa.

The IEMG is representative of the superior returns of emerging market equities this year. The question to ponder is, does the emerging market stock rally still has room to run? We’ll assess this in the next article.