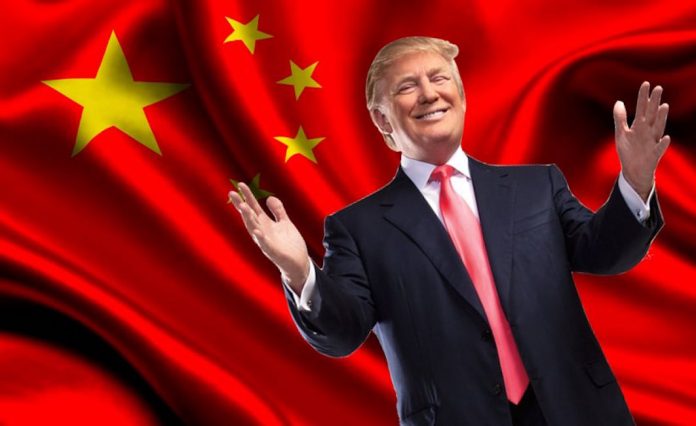 There can be little doubt that Asia risks becoming the world’s major loser should Donald Trump win the US election.

China is a major cause of America’s problems, according to Trump, manipulating its currency lower in order to make its goods cheaper to the world. As a result, he wants to place massive tariffs on Chinese imports to make US goods more competitive. This could bring the two countries closer to a trade war.

And it’s not only trade that’s at stake. Six decades after the end of the Korean War, the US still maintains 28,500 troops in South Korea. Under a Trump presidency, that number could fall. In his words, “How long will we go on defending South Korea from North Korea without payment?” Trump also wants to abandon NATO, or at the very least make other countries contribute equal amounts of money and troops.

This stance could result in huge disruption. South Korea would need to increase defense spending. Historic tensions in the region could intensifying in the vacuum created by a less-involved US.

Of course, it’s not just Asia that’s at risk from a Trump presidency. He also wants to ban all foreign Muslims from entering the US – while simultaneously keeping South American countries’ citizens behind a wall along the border with Mexico. Decades of global relations – economic, financial, geopolitical – could all be jeopardized.

But the biggest risks are weighted to Asia. A major part of Trump’s foreign policy rhetoric accuses China of “stealing” American jobs. A key element of his message is that the US needs to keep more of what – to his mind – belongs to it. The argument goes that China is not following the rules of international trade. It’s stealing commercial secrets and manipulating its currency to gain an economic advantage.

To Trump, the problem partly dates back to China joining the World Trade Organization in 2001. He claims Americans have suffered the closure of more than 50,000 factories, and the loss of tens of millions of jobs because other countries haven’t followed WTO rules. Counterfeit goods, the theft of intellectual property and lax labor and environmental standards are all part of his complaint against trade agreements in general.

Under the most pressure is the Trans-Pacific Partnership. The US signed the agreement a year ago, along with Japan, Australia, New Zealand, Malaysia, Singapore, Vietnam and five other nations. While the TPP’s purpose is to make it easier for the participating countries to trade with each other by removing tariffs and other costs, to Trump it represents “a terrible deal” for Americans.

China isn’t actually a signatory. But Trump expects Beijing to somehow join through “the back door and totally take advantage of everyone.”

Negotiations for the TPP go back a decade – a prolonged effort by 12 signatory countries that account for about 40% of world GDP and 25% of global exports. The agreement has the potential to lift GDP by an average 1.1% in each country by 2030, according to World Bank estimates.

Even so, the agreement isn’t popular in the US with either of the main candidates. While Trump has said he’ll scrap the deal, Hillary Clinton, who negotiated the TPP when she was the top American diplomat, has said that she now wants to improve the deal.

Estimates suggest that China will miss out on $46 billion in investment and trade per year through being left out of the TPP. But the reality is that China has established several free trade agreements that will allow it to grow without the TPP. And most critically, some of these deals are with TPP signatories.

In fact, over the past decade, China has developed FTAs with nearly all members of the TPP – Australia and Chile in 2006, New Zealand and Singapore in 2008. Last year, China and the Association of South East Asian Nations, which includes TPP members Malaysia, Vietnam and Brunei, struck a deal. This could help explain why there was a 353% increase in Chinese investment into ASEAN countries during the TPP negotiations, from 2006 to 2014. One example is the surge of Chinese investment in Yun Zhong Industrial Park in northern Vietnam’s Bac Giang province. So far, China has invested nearly $1 billion in this one industrial park and eight of the 13 companies established there are from China.

Beijing is also involved in other trade deals. It’s a leading member of the Regional Comprehensive Economic Partnership (RCEP). This is a trade agreement between the 10 ASEAN countries and the six countries with which ASEAN has existing FTAs – including Australia, Japan and New Zealand.

It’s also developing the One-Belt, One-Road initiative, which is an effort to recreate a modern-day Silk Road. The proposed infrastructure would more tightly connect the continent of Asia to Europe and parts of Africa. It’s estimated that it will end up costing about $8 trillion and enable China to trade more easily with most of the global population.

To help fund its efforts, China established the Asian Infrastructure Investment Bank. The AIIB is designed to rival the World Bank, with 57 signatories, including a range of traditional US allies. The only major countries that haven’t signed are the US and Japan.

So – all in all – China won’t be too worried about the TPP, whether it succeeds or falters. Just like Trump and other opponents of the deal have been saying all along – China would likely benefit from it through the back door.

While America is seeking to unravel its historic deal, China’s many trade agreements will keep it well insulated.

Kim Iskyan is the founder of Truewealth Publishing, a Singapore-based independent investment research company, and the editor of Asian Investment Daily.