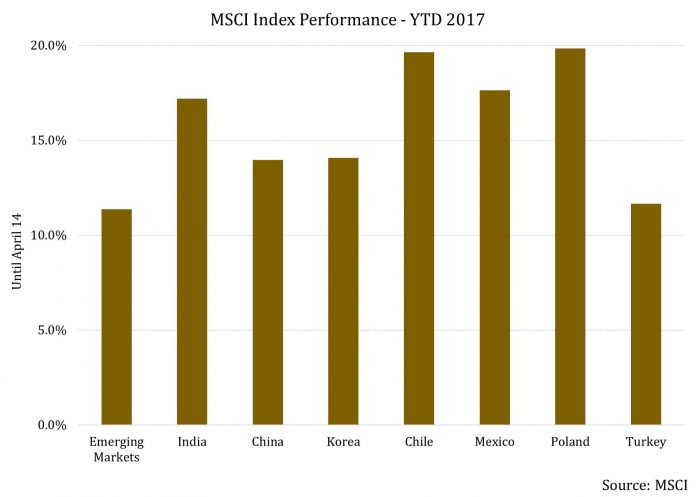 This is post 1 of 3 in the series “The Emerging Market Fairy Tale Continues as Investors Lap up Equities, Debt”

Even in the face of trade protectionism related worries, emerging markets equities have done spectacularly in 2017 thus far. Until April 14, the MSCI Emerging Markets Index has risen 11.4%. The graph below shows the performance of some MSCI country indices spanning emerging markets in Asia, Latin America, and Europe.

Apart from equities, emerging markets currencies have been on the rise as well. The Mexican peso, Brazilian real, South African rand, Russian ruble have all risen sharply against the US dollar this year.

Institute of International Finance figures showed that emerging market assets attracted about $30 billion in March 2017 itself – the biggest inflow since January 2015. 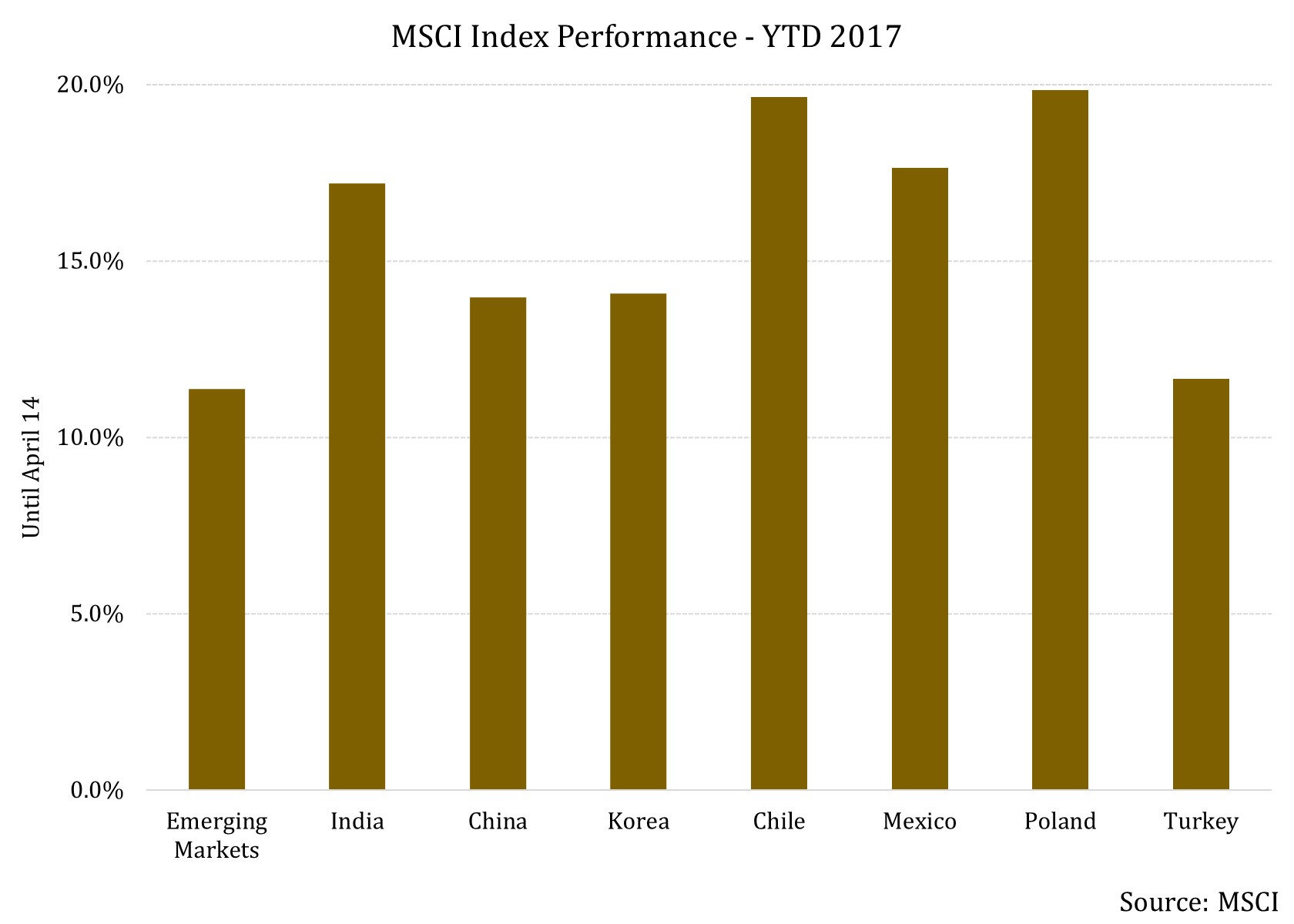 Speaking specifically about equities, US investors have been major beneficiaries. According to Bloomberg data, they have poured in $12.9 billion in ETFs investing in emerging market stocks in 2017 so far.

The iShares Core MSCI Emerging Markets ETF (IEMG) has attracted the highest inflows of $7.2 billion among emerging market ETFs in YTD 2017. Though lower than the $8.5 billion net inflows seen by the iShares Core S&P 500 ETF (IVV) – the highest grossing US ETF this year so far – the size of inflows are still quite impressive.

With the sizable inflows and run up in emerging markets equities, there has been debate about whether to exit these stocks and instruments. However, there remains a segment which firmly believes that the emerging market rally still has legs.

UBS Wealth Management told the Wall Street Journal, “Emerging-market stocks are trading at a 26% discount to those in developed markets, based on estimated earnings over the next 12 months.” Over the past decade, the average discount has been 17% according to the firm.

Apart from equities, some wealth managers are bullish on emerging market currencies as well. Let’s look at their views and reasoning in the next article.

This is post 1 of 3 in the series “The Emerging Market Fairy Tale Continues as Investors Lap up Equities, Debt”