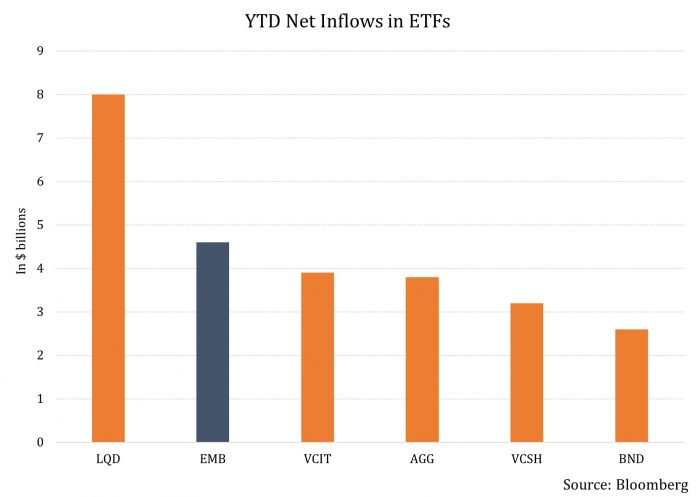 This is post 1 of 5 in the series “Emerging Market Bond ETFs: Worriers over Credit Quality Outweighing Strong Performance?”

Emerging market bonds have risen to become quite a phenomenon in the investing world over the past one year. According to the Institute of International Finance (IIF), emerging markets as a whole attracted inflows amounting to $100 billion across asset classes in Q1 2017 alone. The institute expects flows to reach $970 billion in 2017 and breach the $1 trillion mark next year.

As far as debt markets are concerned, the IIF expects emerging market sovereign and corporate debt to attract up to $183 billion in net inflows through 2017.

The attractiveness of the asset class is further illustrated by the superlative inflows into leading exchange-traded funds investing in these instruments. 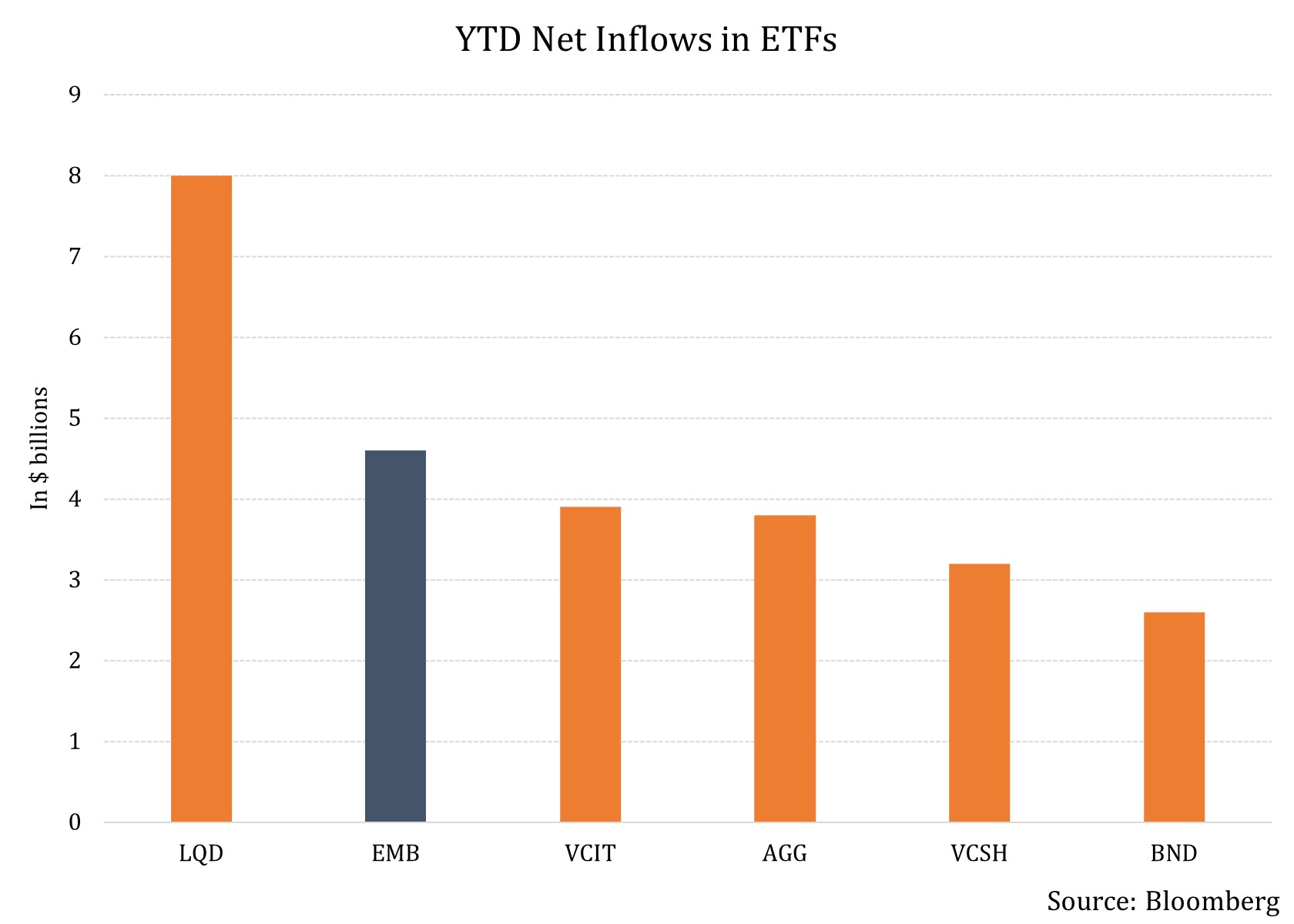 Sustained strong performance has been a key driver for the high interest in emerging market bond ETFs. The iShares J.P. Morgan USD Emerging Markets Bond ETF (EMB) has returned 6.9% so far this year while the iShares Core U.S. Aggregate Bond ETF (AGG) and the Vanguard Total Bond Market ETF (BND) – both of which invest across the fixed income spectrum in the US – have returned 2.7% and 2.6% respectively.

Though the iShares 20+ Year Treasury Bond ETF (TLT) has roughly matched the EMB this year with a return of 7%, it falls way behind in the one year period where it has fallen by 4.9% while the EMB has risen 8.3% in the same period. The AGG and BND have fared quite poorly in comparison with returns of 0.6% and 0.5% in the past one year.

The strong performance of emerging market bonds have given rise to worries that the rally in these instruments may be nearing its end. There is increasing talk about their credit-worthiness as well. We’ll look at these aspects more closely – with reference to the EMB – in the next article.

This is post 1 of 5 in the series “Emerging Market Bond ETFs: Worriers over Credit Quality Outweighing Strong Performance?”