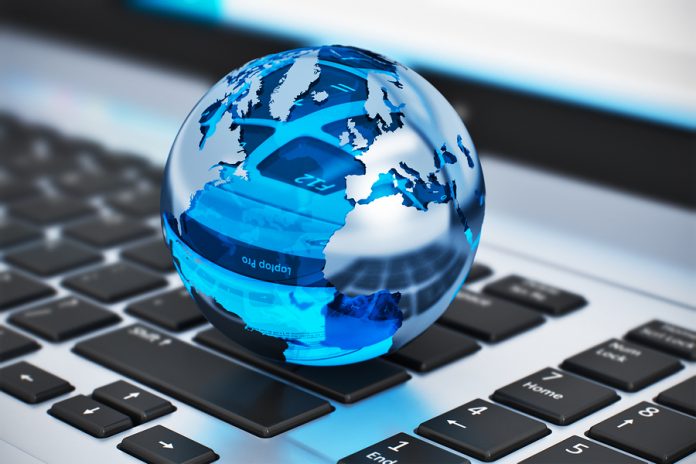 At the end of last month, Bloomberg reported that cash balances in emerging market debt funds are touching lows last printed in the aftermath of the 2013 Taper Tantrum, thanks to strong demand from investors for emerging market debt. Citing a survey conducted by JP Morgan, the financial news portal notes that dry powder among emerging-market portfolios is at just 3.4% of assets, close to the lows last reported in 2013.


According to JP Morgan, capital flows to emerging-market debt funds are on track to surpass 2012’s record of $100 billion this year, as investors dive into the sector seeking better returns than those offered by developed market debt. According to Jonny Goulden, head of local emerging-market debt research at JPMorgan in London, “Cash balances can often move lower in periods of high inflows, where investors see a good pipeline of inflows ahead and markets are performing.” He continued, “the expected inflows will move portfolios less overweight and will replenish cash balances, so fund managers may be more happy to run lower cash balances during these periods.” 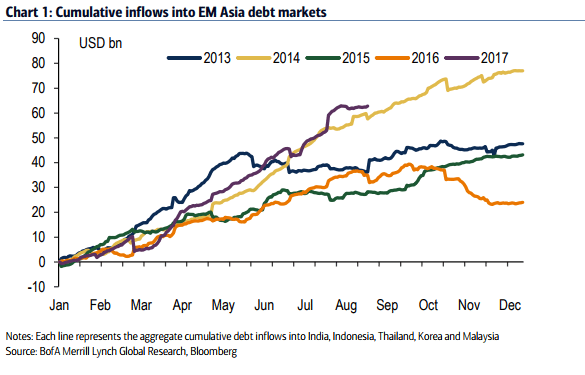 Unfortunately, geopolitical tensions have de-railed record flows into emerging market debt funds in the past few weeks according to research from Bank of America. In a report issued this week, Rohit Garg the bank’s emerging Asia fixed income strategist based in Singapore,  “August witnessed equity outflows in most of EM Asian countries” with India and Korea leading the exodus. These flows were driven by a “combination of a rise in geopolitical tensions and earnings disappointment in India.”

Despite the recent reversal, Indian and Korean debt has attracted the largest amount of foreign cash so far this year. Garg notes that year-to-date Korean fixed income funds have recorded $28 billion of cumulative inflows, the highest of all emerging markets. India follows a close second having attracted $19 billion of investment.