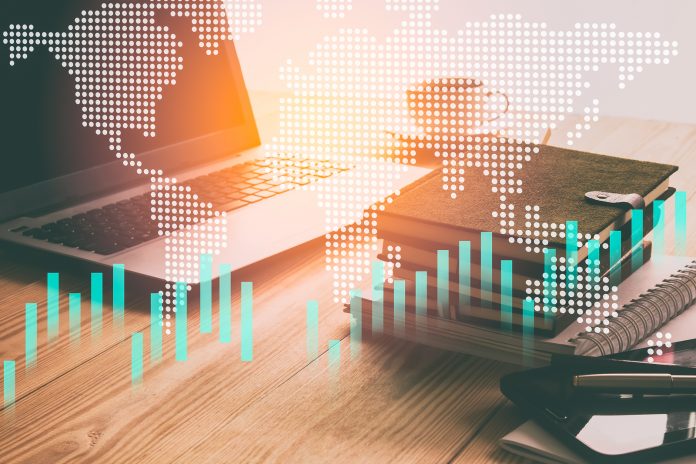 A frequent conversation amongst market participants in 2017 is the continued rise of emerging market assets. However, performance is not a barometer of investor interest, only the perceived value of the underlying securities.

In order to assess investor interest, let’s first look at the following graph which plots the top five US-listed ETFs in terms of the net inflows witnessed in YTD 2017. Along with net inflows, their asset sizes have been presented to give a visual comparison of where the net inflows stand compared to their size. 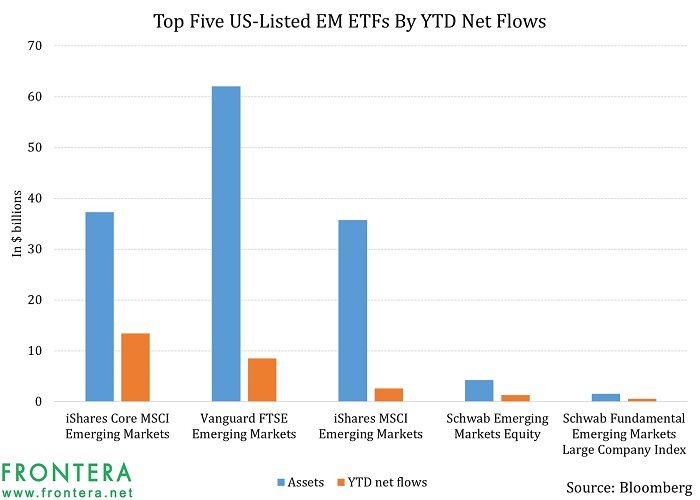 In total, emerging market equity ETFs traded on US exchanges have attracted net inflows worth $30 billion in YTD 2017 according to Bloomberg data. In the past one year to the end of September, this number stands at $31.8 billion.

On the other end of the spectrum is the iShares Edge MSCI Min Vol Emerging Markets ETF (EEMV), which has seen net outflows amounting to $66 million in YTD 2017.

Investor interest in emerging markets equities is not limited to US-listed funds. ETFs listed on exchanges outside the US also show a similar trend. 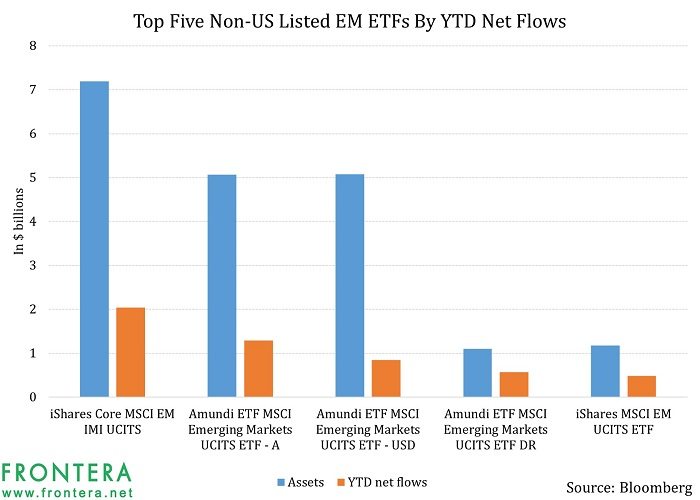 The graph above shows the same data points as the previous graph for non-US listed ETFs.

If we combine all emerging markets equity funds listed on exchanges around the world, net inflows stand at $37.4 billion in YTD 2017 according to Bloomberg data. For the past one year until September 27, this number stands at nearly $40 billion.

Further, investor interest is not limited to the equities space. Emerging markets bonds have seen some traction too. 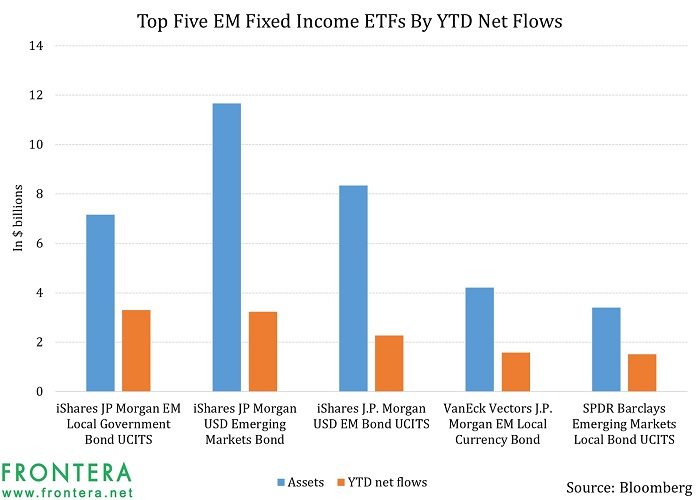 The graph above plots the top five ETFs investing in emerging market bonds by net flows in YTD 2017 along with their asset sizes, whether listed in US, UK, or elsewhere.

After looking at these trends on investing in emerging markets assets – let’s take a quick look at the countries and sectors that have driven these ETFs in the next article.