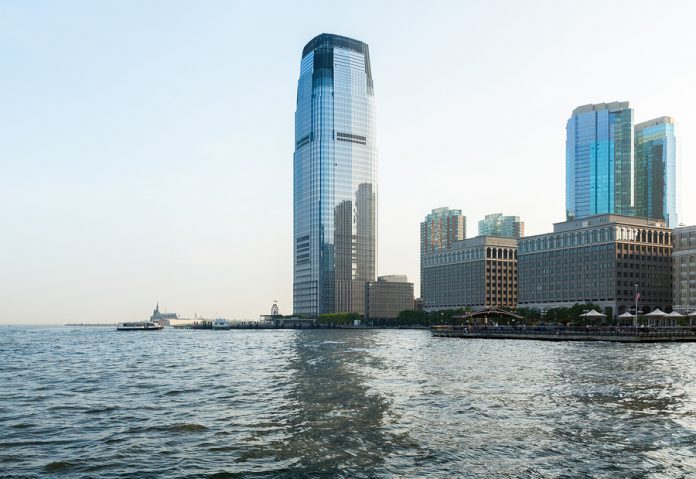 Before last week, emerging market stocks were all the rage as an alternative to US assets, which looked overpriced considering the current environment, and compared to the emerging market growth story, one bank thinks you should Buy emerging markets although not yet.

However, emerging market confidence was shaken towards the end of the week when Brazil’s Bovespa share index dropped 10% in a single trading day, and the dollar gained 7.8% against the Brazilian real amid new corruption allegations and concerns about the outlook for economic reforms in the country.

Before last week’s Brazilian troubles, the MSCI Emerging Market Index had gained nearly 18% year-to-date. The index’s returns have now been reduced to 15.5%, and emerging market wobbles appear to be spreading.

In the past few days, the Turkish lira and South African rand have weakened against the dollar while Brazil’s market has continued to show signs of instability. The country has been threatened with credit ratings downgrade if it can’t get its house in order. Weaker Chinese import data published today suggests that the world’s largest economy is, in fact, slowing down as everyone believes. 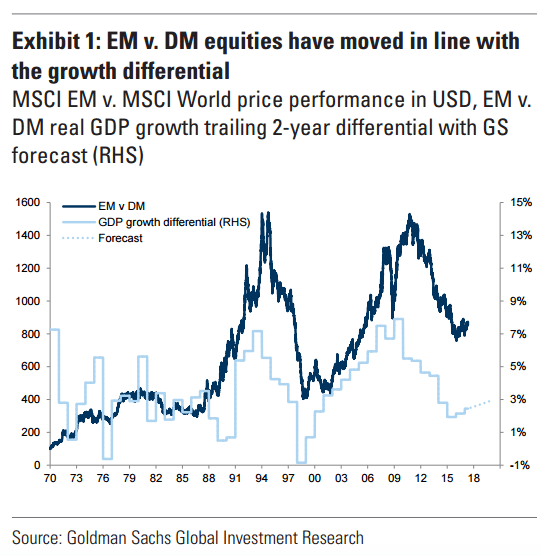 We continue to see the case as good for EM assets, both from a valuation and a growth perspective. The recent inflection in growth differentials between EM and DM, and our forecast for further widening in that differential from here (particularly in EM ex-China), is supportive for the EM vs. DM assets view on a medium- to long-term basis as our EM team has highlighted in the past. In addition, valuations in emerging market assets appear cheaper in EM relative to DM

And even though Brazil might have sent some shockwaves through emerging markets, once the dust settles it is likely sentiment towards these regions will normalize:

After the move in Brazil last week, our EM strategist argued that the backdrop remains supportive for EM assets broadly, but argued for a diminished alpha story in Brazil near-term given a cloudy domestic outlook. Our EM economist argued that once the dust settles, the ‘good carry’ EM currencies (RUB, INR, IDR, ZAR, COP, MXN) can outperform again.