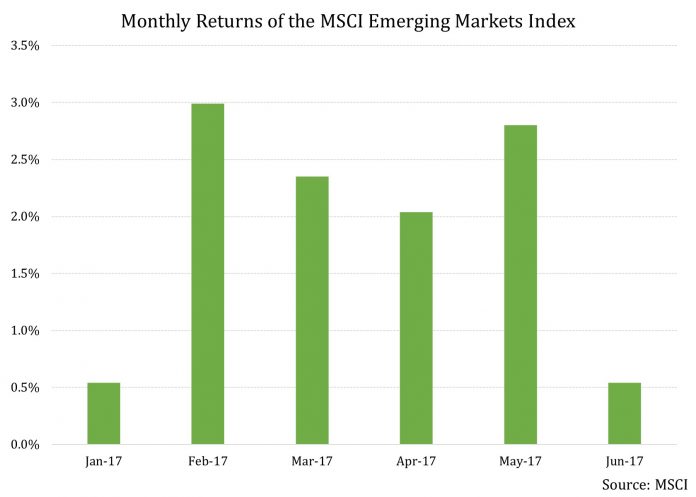 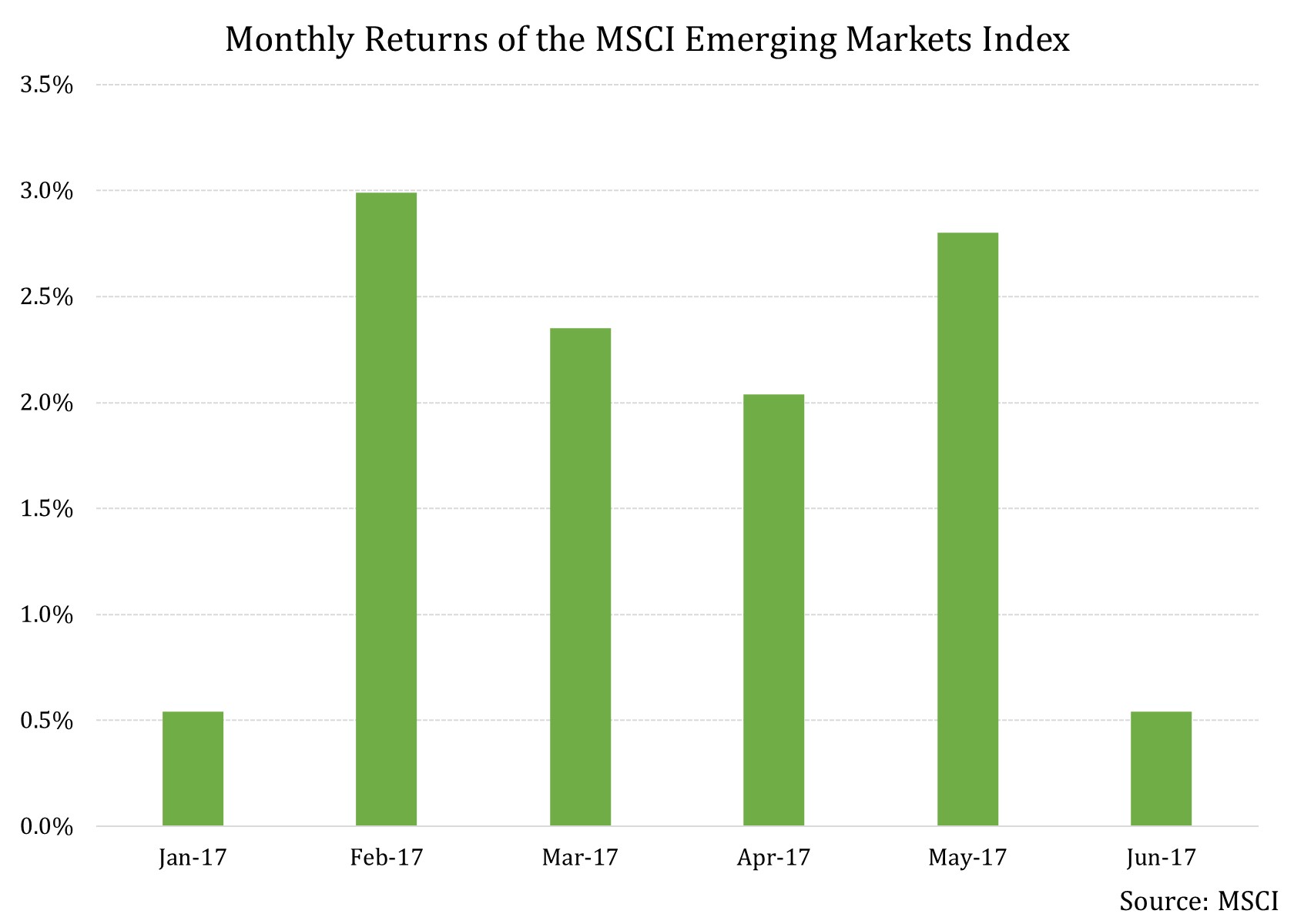 US investors have been big beneficiaries of the rise. According to Bloomberg data, exchange-traded funds listed in US exchanges and investing in emerging markets (VWO) have attracted net inflows amounting to $21.8 billion so far this year.

Stock markets from Asia have been primarily responsible for fueling gains from the Emerging Markets Index. This is so because countries from the continent dominate the Index as shown by the graph below (weighting as of May 31st) . Brazil is the only non-Asian country represented in the five largest nations comprising the Index with the top four Asian nations forming 64.3%. 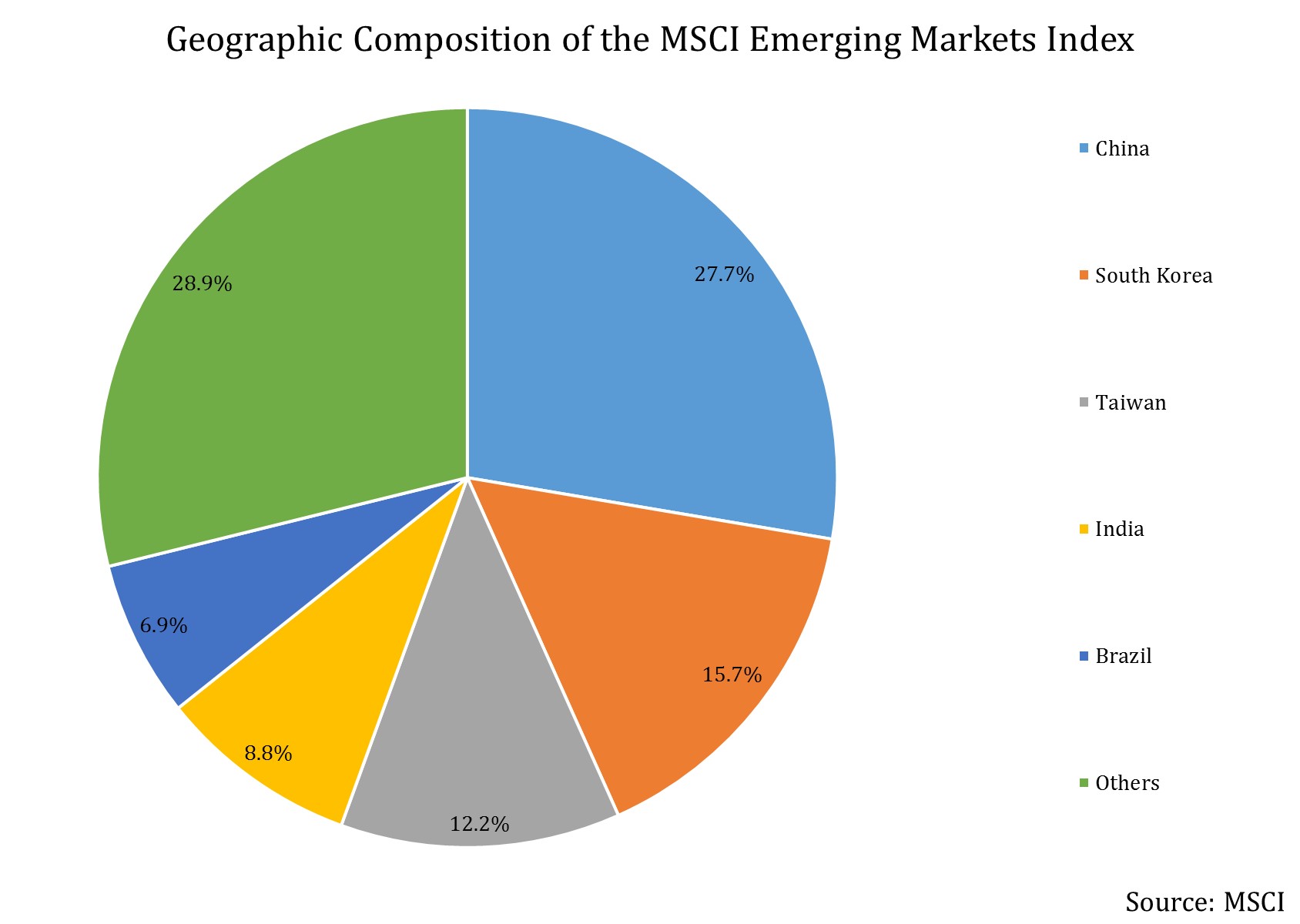 Given the high allocation to Asian equities, the fortunes of the Emerging Markets Index are overly dependent on stocks from the continent. Superlative performance by the EM Asia Index has led it to be the best performing regional Index in H1 2017.

With returns of over 22%, the EM Asia Index has far outdone its peers in Europe and Latin America in the first half of this year. The EM Far East Index – which comprises of stocks from seven instead of eight Asian nations which form the EM Asia Index – has done slightly better than the latter. Indian equities are not part of the EM Far East Index. 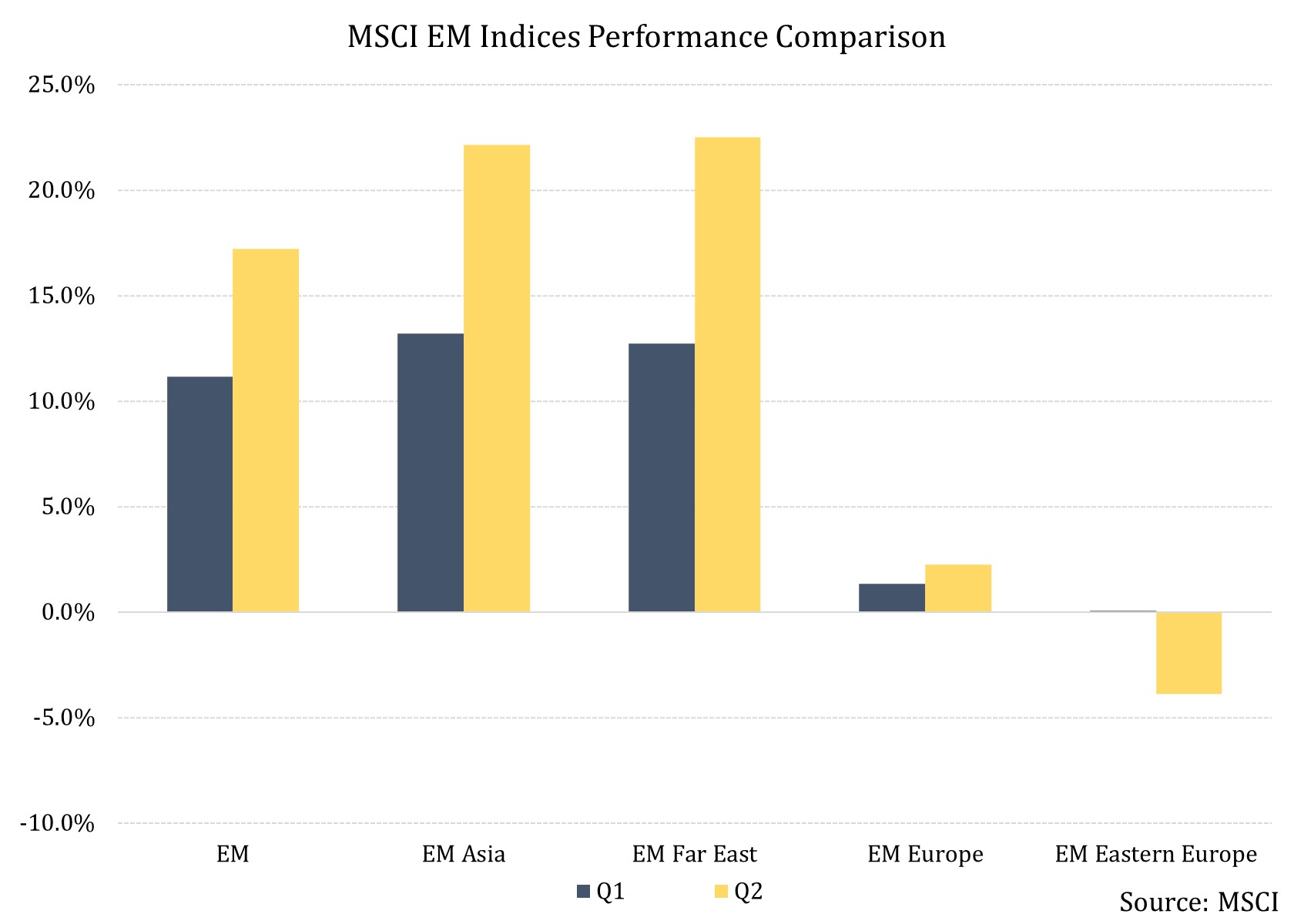 MSCI country indices for China, South Korea, and Taiwan have each returned over 20% in H1 2017, while that for India has gained 19.6%. However, even then, individual indices for these countries trail those from Emerging Europe.

In the next article, let’s take a look at the countries from Asia which continue to power the Emerging Markets Index before focusing on emerging Europe which have also done exceptionally well but without the commensurate spotlight.