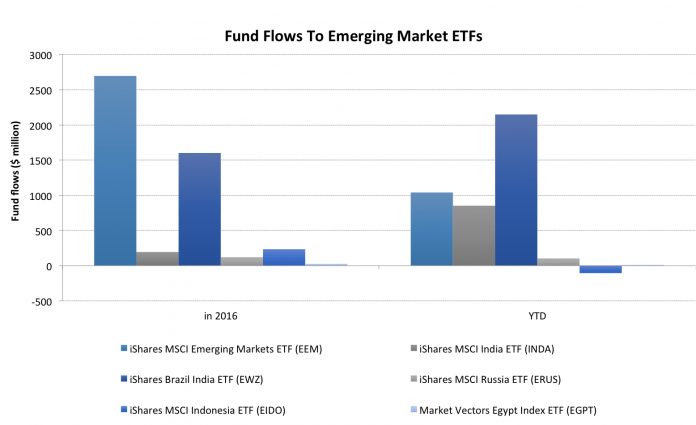 Investors remained bullish on Indian equities for the 13th week. Fund flows to Indian equities touched $7 billion year-to-date as the country’s benchmark indices touched fresh records. Foreign investors also continued to add fresh money to Brazil equities and funds, putting aside political chaos in the country. Meanwhile, outflows from Russian funds came to a halt as investors turned positive on the country after the extension of OPEC’s oil production cap.

According to the Central Bank of Egypt, the nation has received $1 billion worth of inflows since interest rates in the country were hiked. Indonesia also recorded historic inflows as S&P upgraded the country’s debt ratings. As per data from Indonesia’s central bank, inflows to the country touched Rp 108 trillion after the upgrade. 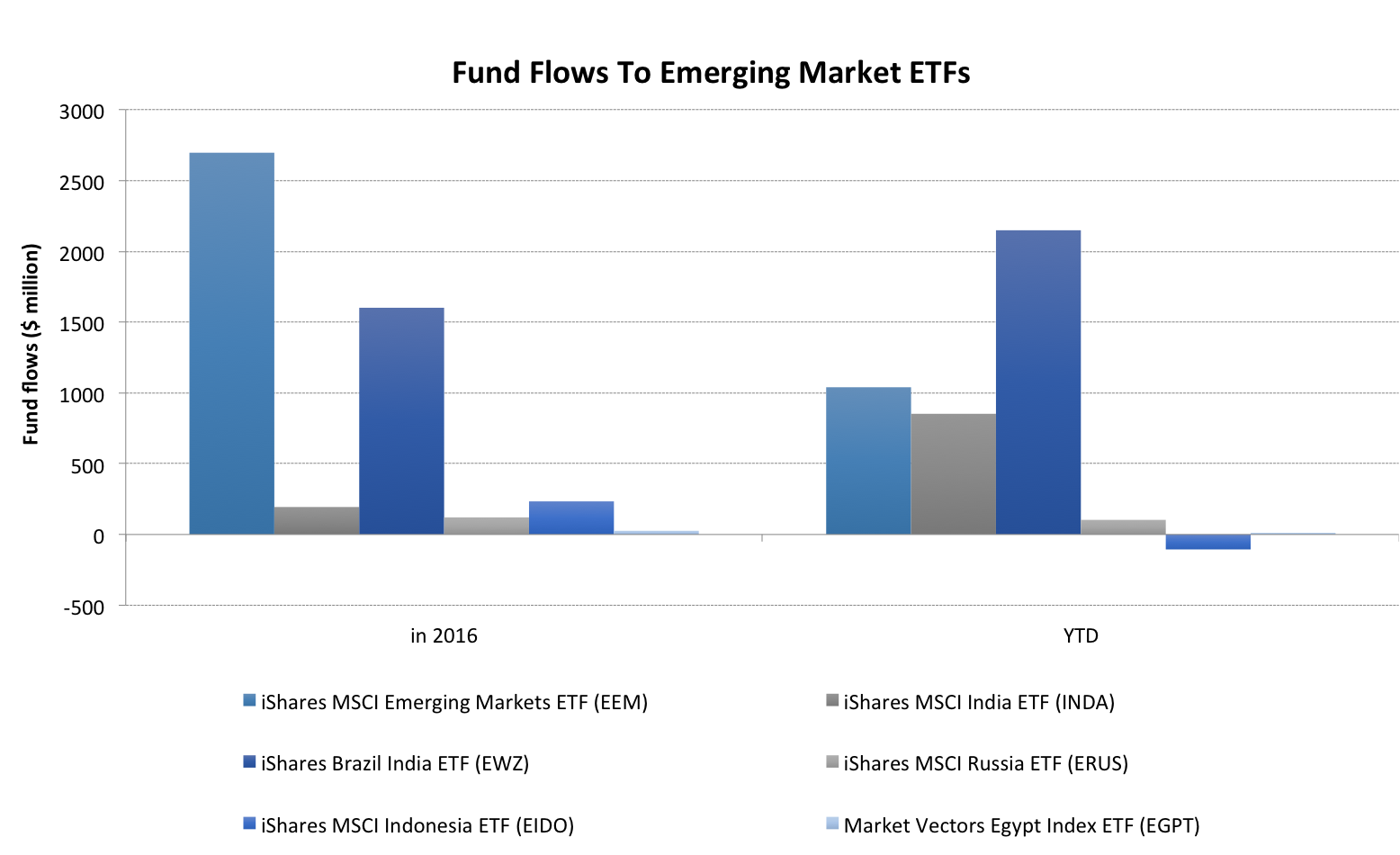