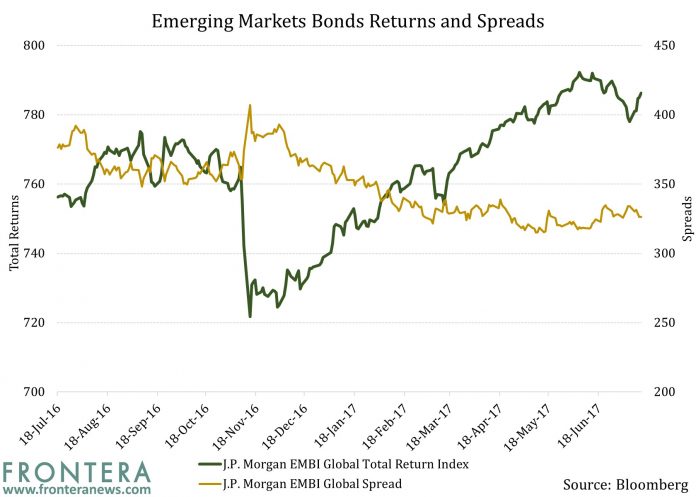 This is post 4 of 4 in the series “Hungry for Yield? These Emerging Markets Can Satiate Your Appetite”

The fixed-income segment of emerging markets has been attracting strong inflows this year. Their strong performance, which justifies the interest, can be seen from the graph below. 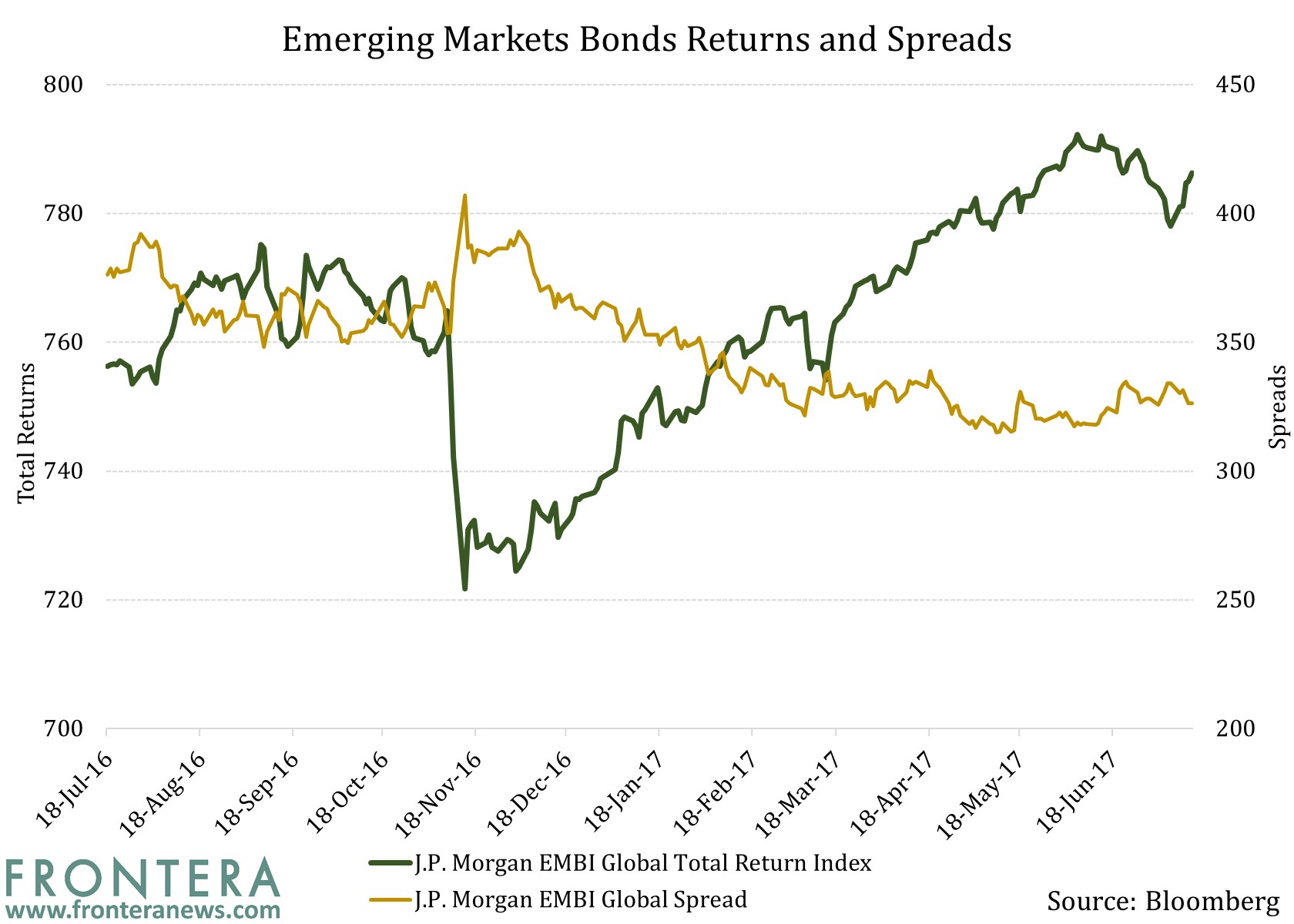 This graph illustrates another interesting data point: spreads between emerging market bonds and US Treasuries has declined. A compression in spreads means there may not be much gas left in the tank for emerging markets bonds. For investors, this can signal an opportunity to head back to the safety of developed markets given the rise in yields there.

In this series, we’ve seen emerging market countries from Asia, Eastern Europe, and Latin America which are still offering yields high enough to remain attractive. But as we saw in the Latin America component of this series, sometimes, high yields, by themselves, are not good enough. This argument is best portrayed in the graph below.

The graph displays real yields, which are nominal yields adjusted for expected inflation. 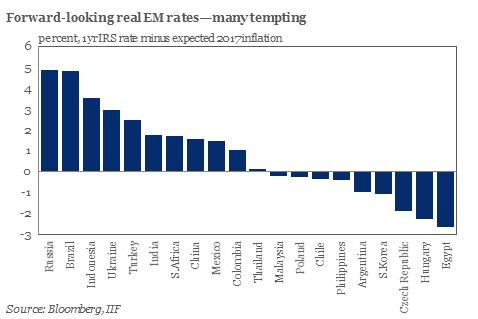 Among the countries reviewed in this series, Russia, Brazil, Indonesia, Ukraine, India, and Mexico find a place on the positive side of the graph. However, Argentina and Egypt, though offering exceptionally high returns, especially at the short-end of their yield curves, find themselves stuck with negative real yields due to very high levels of inflation.

In order to contain inflation, tight monetary conditions can be anticipated, which should continue putting pressure on the short-end of the curve. But bonds in these countries could become attractive once inflation peaks. Another factor is also important though – currency movement.

Bloomberg reports that AllianceBernstein and Amundi Asset Management both forecast that emerging market currencies will fare better in this US tightening cycle than they had in the ‘taper tantrum’ of 2013. This is due to control over inflation, a better cushion on the back of higher foreign exchange reserves, and improved external balances.

Earlier in July, Bloomberg had conducted a poll of the best and worst emerging market currencies in light of looming risks in the second half of this year. The Indian rupee topped the list as the lowest risk currency with the Indonesian rupiah and Brazilian real finding a place in the top five. Interestingly, the Argentine peso came in second.

At high risk end of the spectrum was the Turkish lira, Russian ruble, and Mexican peso.

The poll does not necessarily indicate the future path of the aforementioned currencies, only the resilience to possible risks in the latter half of 2017.

According to a report, HSBC Holdings, is bullish on local-currency government bonds in Mexico, South Africa, India, Indonesia, Malaysia and Russia, as it expects a fall in inflation risk premiums which can flatten yield curves.

If the dollar drops further, or monetary policy is not tightened as much as expected, local currency bonds can be expected to better. On the other hand, for currencies which have a bleaker outlook or are perceived at a higher risk in light of tighter monetary policy in developed markets, dollar-denominated bonds may be the instrument of choice.

This is post 4 of 4 in the series “Hungry for Yield? These Emerging Markets Can Satiate Your Appetite”