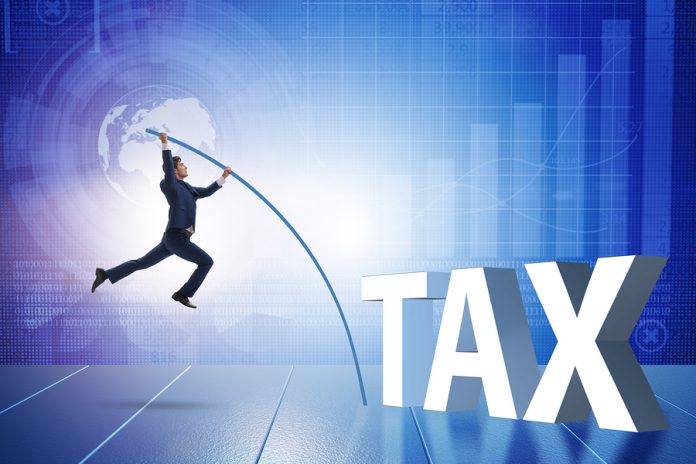 A major new global transparency measure aimed at curbing cross-border tax evasion by requiring countries to share information on the wealth of each other’s nationals could be undermined by the abuse of  residency- and citizenship-for-sale schemes.

Tax justice campaigners say that some of these schemes are already being marketed as a means of circumventing the Organisation for Economic Co-operation and Development’s ground-breaking Common Reporting Standard, just as it gets under way.  In September, nearly 50 countries began implementing the CRS – the automatic annual exchange of financial data between tax authorities – with just over 50 more expected to do so late next year.

The CRS, agreed in 2014, is the latest and most ambitious transparency measure to be introduced in the wake of international concern over financial crime and massive data leaks revealing the scale of inter-jurisdictional tax avoidance and evasion, the most recent being the so-called Paradise Papers.

In 2012 research by former McKinsey chief economist James Henry showed that the global rich held at least $21 trillion in offshore tax havens.  It is a serious problem for many developing countries. According to the OECD, in 2012 more than 25% of all Latin American and almost 33% of all Middle Eastern and African household wealth was held abroad.  Yet while the case for the CRS, which the OECD developed with the G20, is strong, there are concerns over its effectiveness.

One is that many rich countries will not share data with poor ones because they do not have required confidentiality provisions – an issue the OECD is addressing. It says it is helping developing world CRS participants to build up their technical capacities and ensuring that developed members have legitimate reasons for not exchanging information with them.

The second is America’s decision to opt out of the initiative. Three years ago, Washington adopted its own transparency scheme called the Foreign Account Tax Compliance Act that requires international financial institutions to disclose information about US nationals. But it will only reciprocate through bilateral agreements with other jurisdictions, and even then the information provided is limited.

Now another CRS weakness is being highlighted. It appears that investors could circumvent the measure through residency and citizenship schemes offered by offshore jurisdictions.  Such schemes have expanded significantly in recent years. In 2014, the global rich spent an estimated $2 billion acquiring nationalities, according to a recent report in Fortune magazine.

Campaigners say the CRS might be evaded as follows. An investor purchases residency or citizenship in a tax haven, submitting their local – rather than home country – address to their offshore bank.  The bank, unless it has reason to suspect the fraud, then forwards the account holder’s details to domestic tax officials. Because the address given is local, the information will not be sent to their counterparts in the investor’s home country.

With the global clampdown on tax evasion – the UK alone netted £29 billion from tax evasion investigations last year – small offshore centres in particular are seeing their revenues decline and may regard residency- and citizenship-for-sale schemes as a way of compensating for that loss. For the moment, it seems that only some are pitching these programmes as a means of getting around the CRS.

Francis Weyzig, a senior policy advisor at Oxfam’s Dutch branch, Oxfam Novib, told Alaco, “Selling secrecy is no longer a sustainable business for many of the smaller jurisdictions because it is coming under pressure from global transparency measures. So they now have to sell something else. [For some] it is something to get around the CRS because that is the big new market.”

John Christensen, the chair of the advocacy group the Tax Justice Network, told Alaco that he understands that residency – and citizenship-for-sale schemes for offshore tax havens are being actively marketed by some law firms and banks as a means of circumventing the CRS. “Here we see a loophole as wide as a barn door,” he said.

Christensen points out, however, that tax authorities in first-world countries could intervene if they suspected one of their nationals was attempting to withhold details about their finances. He said officials might request relevant tax-related information from their counterparts, or the courts, in the offshore jurisdiction, although building a case for such a move may prove challenging.  ”That requires some kind of smoking gun, and that has always been the weakness of the tax information-on-request models,” he noted.

Journalist Oliver Bullough, who has researched the sale of citizenship and residency, suggested that the CRS loophole is of much more concern for developing-world authorities because many have neither the human nor the technological resources to detect – and then investigate – whether one of their nationals is withholding information about their offshore assets.

The OECD’s director for Tax Policy and Administration, Pascal Saint-Amans, told Alaco that the organisation is investigating this and other CRS weaknesses. He said a number of moves are being considered to deal with the problem, one of which would require offshore centres to notify the home country of those who purchase residency or citizenship. He pointed out, though, that finding a solution is complicated by the number of high tax jurisdictions that also market such schemes.

The OECD appears to be on the case. But with the CRS still in its infancy, it has to act quickly to ensure the credibility and integrity of a measure that has the potential to bolster significantly the cause of global tax transparency.