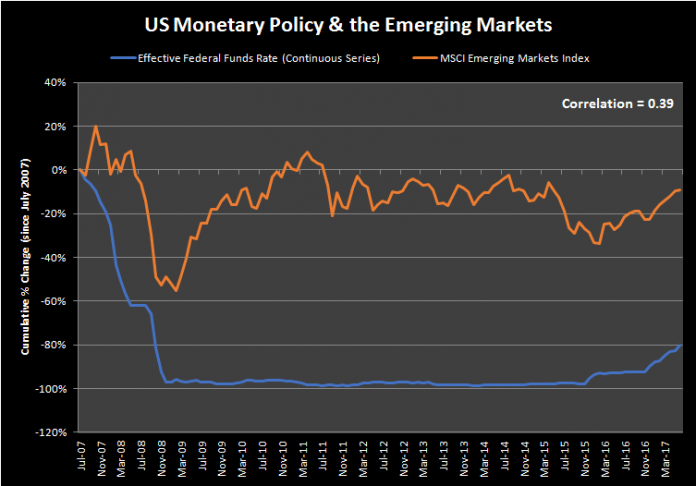 This is post 2 of 4 in the series “Mark Mobius: Reflection on the MSCI Emerging Markets Index Valuations and the FANGs”

According to Mark Mobius, executive chairman of Templeton Emerging Markets Group, the impact of US monetary policy on emerging markets is overestimated. He said this over a June 22nd interview on Bloomberg. Indeed, markets across major developing nations (EFA) (VEA) often tend to over-react to any changes in US monetary policy, believing that all major events such as a change in the benchmark interest rate would have a direct bearing on stock performance in the emerging markets (EEM) (VWO). 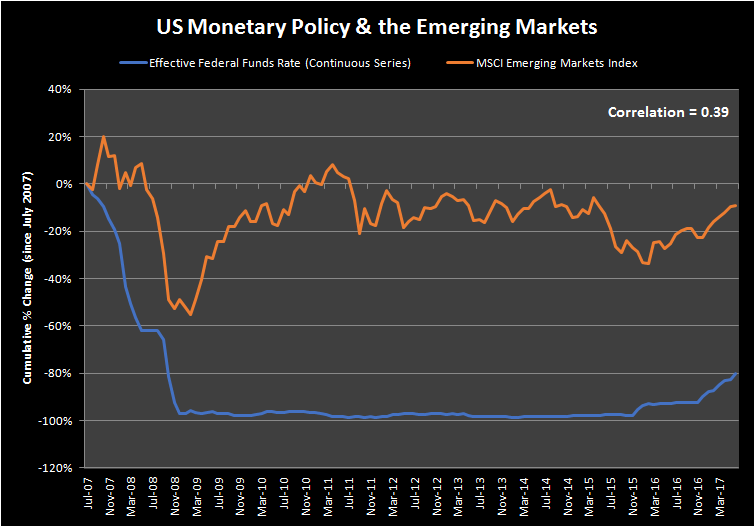 Even recently, the US Federal Reserve has begun tightening its monetary policy stance by raising interest rates (orange line in the graph above) since the end of 2015, which was accompanied by a similar upswing (as indicated by the blue line) can be seen in the MSCI Emerging Market Index since Nov-Dec 2015.

This is post 2 of 4 in the series “Mark Mobius: Reflection on the MSCI Emerging Markets Index Valuations and the FANGs”