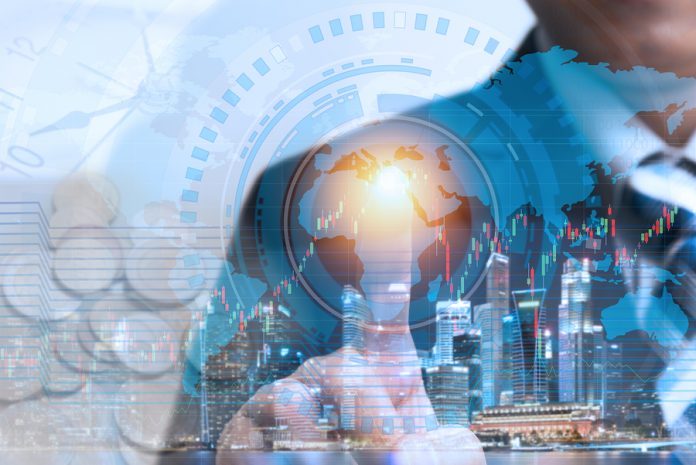 This is post 1 of 3 in the series “Mark Mobius on Emerging Market Earnings Growth, Investable Sectors, and South Africa”

Mark Mobius sees emerging markets as the next growth vector 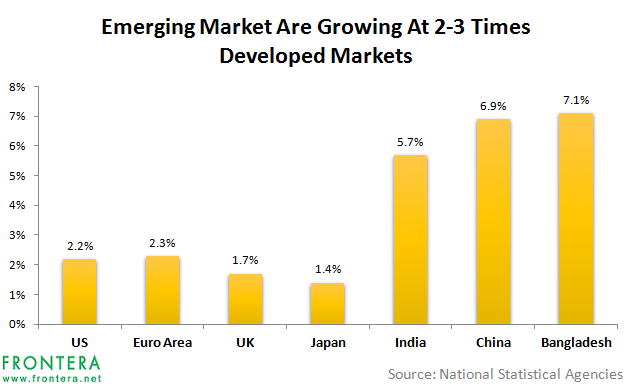 Emerging market earnings are in their early innings 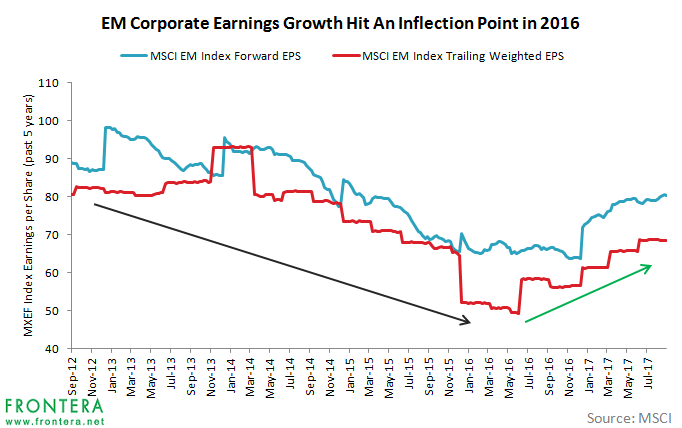 The chart above depicts the past 5-year trend in trailing and forward EPS (earnings per share) ratios of the MSCI Emerging Markets Index. The MSCI emerging markets index is the most widely used barometer for gauging emerging market corporate performance; often used as a benchmark for relative valuations.

From an 80+ (trailing) EPS during 2012-13, weaker commodity prices and slowing growth in China (FXI) dragged corporate earnings growth down to their lowest 5-year level (~50) by mid-2016; which is when they hit their inflection point. Since then, EM corporate earnings, as adequately reflected in their earnings-per-share, have been rising. Currently, the trailing EPS for the emerging markets has risen close to 70. Forward EPS, which is more indicative of market expectations, stands at about 80, implying that EM corporate earnings have room to grow further (trailing at 70 vs. forward at 80).

Capital allocation and cost efficiencies at emerging market corporations have also been improving, and this should support profit margins and lift return on equity going forward, according to Mobius. Favorable demographics are yet another pillar over which the case for emerging markets growth rests strongly. The long-term view for investing in developing countries should definitely take this factor into account.

Within emerging markets, Mark Mobius is currently more enthusiastic about 2 sectors in particular. Part 2 of this series provides insight into these.

This is post 1 of 3 in the series “Mark Mobius on Emerging Market Earnings Growth, Investable Sectors, and South Africa”