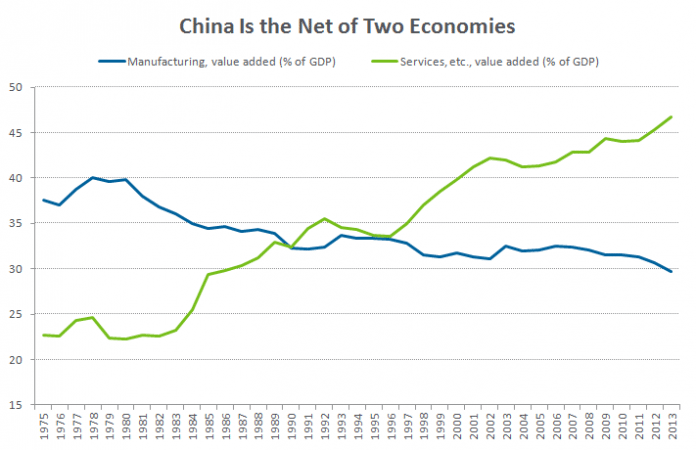 This is post 4 of 6 in the series “Ray Dalio’s Big Picture: Reflections on China and Beyond”

Aggregate Conditions in China Are the Net of “Two Economies”

Founder and CEO of the world’s largest hedge fund, Bridgewater Associates’, Ray Dalio believes that the “overall levels of activity in China (FXI) (YINN) are neither too high nor too low; growth has accelerated and is now strong; and while inflation has picked up some, it remains modest. Debt levels are high and growing rapidly.” Interest rates are still low, despite recent rises.

Dalio sees China (YANG) (FXP) (CHAD) as the net of two economies; the old economy and the new economy. 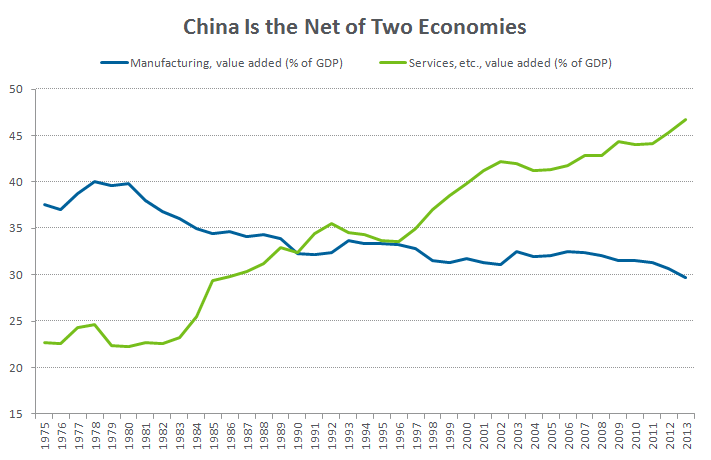 The old economy, as characterized by Dalio, has slow growth, is heavily indebted and has pockets of excess capacity. China has traditionally been looked at as a low-cost manufacturing hub. In fact, manufacturing is what led this Asian economy (AAXJ) to double digit growth levels during 2010-11. However, much of this manufacturing-led growth was led by consumption abroad, as the economy was flourishing on export-led growth. This changed when the economies of China’s major trading partners slowed down. Less demand abroad impacted China’s exports and consequently manufacturing. Meanwhile, the debt situation worsened in China, and the lack of orders led to excess capacity build-up in factories.

The new economy, according to Dalio, is driven by higher-end industries and household consumption. China is deleveraging.  This emerging market (EEM) (VWO) is focused on letting consumerism drive its growth engine, while export-orientation takes a back seat. Consequently, with time, the trade should become a smaller growth driver for China. Moreover, China’s population is young. Millennials aged 18-37 constitute nearly 1/3rd of China’s total consumers, and incomes are rising. These factors should be instrumental in boosting household consumption in China.

This is post 4 of 6 in the series “Ray Dalio’s Big Picture: Reflections on China and Beyond”