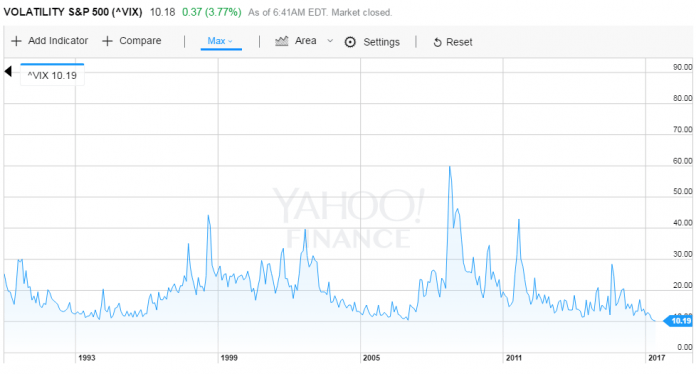 This is post 2 of 6 in the series “Ray Dalio’s Big Picture: Reflections on China and Beyond”

Presently, Ray Dalio, who owns and run the worlds’s largest hedge fund, Bridgewater Associates, sees all major economies (ACWI) (VTI) in the middle of their short-term debt cycle. Dalio likes to refer to this as the Goldilocks phase of the cycle when growth rates are about average and the economy is “neither too hot nor too cold.” In his economic principles template, Ray Dalio refers to the three big forces that drive economies:

Monetary policy and fiscal policy are two levers that control these forces, as they amount to changes in the risk premium that investors include when valuing assets. 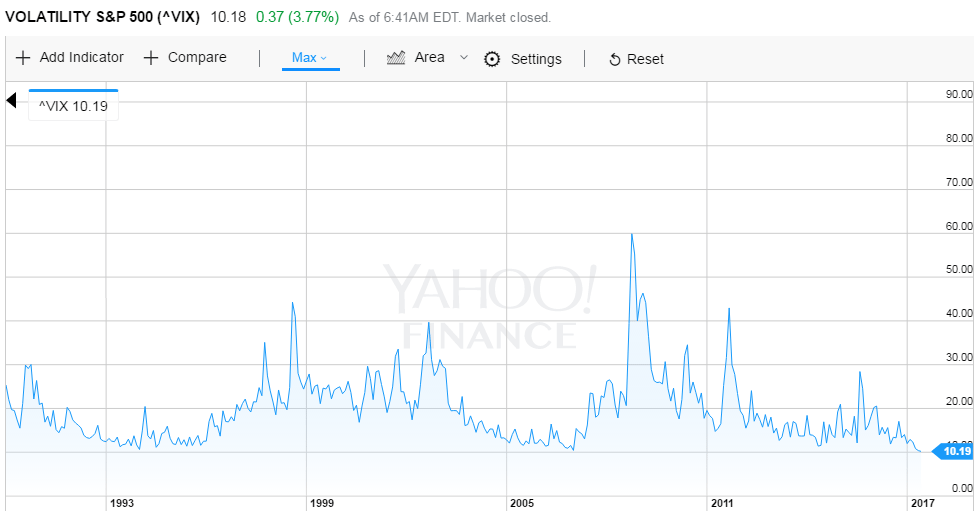 Volatility is at an all-time low

A typical characteristic of the Goldilocks phase is that during such time, volatility (VXX) (VIXY) (VIXM) is generally low, as is now. The VIX index, which is a gauge of the volatility of the S&P 500, is at an all-time low (chart above).

Dalio clearly doesn’t see any immediate threats to the system over the near-term at the debt or monetary policy level. Geopolitical shocks are the only factor that could scar the Goldilocks picture that Dalio so adeptly painted in his ‘Big Picture’ post.

Downside risks over the longer-term

Over the longer-term, his concerns are linked to mounting debt obligations; and non-debt obligations such as pensions, healthcare entitlements, social security, etc coming due which may create a “squeeze”. Central bankers destroying capitalism, and leaving themselves with limited ability to spur growth using monetary policy tools, is the foremost downside risk that Dalio sees over the longer-term. The effectiveness of fiscal policy tools also remains elusive amid political fragmentation in western markets.

This is post 2 of 6 in the series “Ray Dalio’s Big Picture: Reflections on China and Beyond”