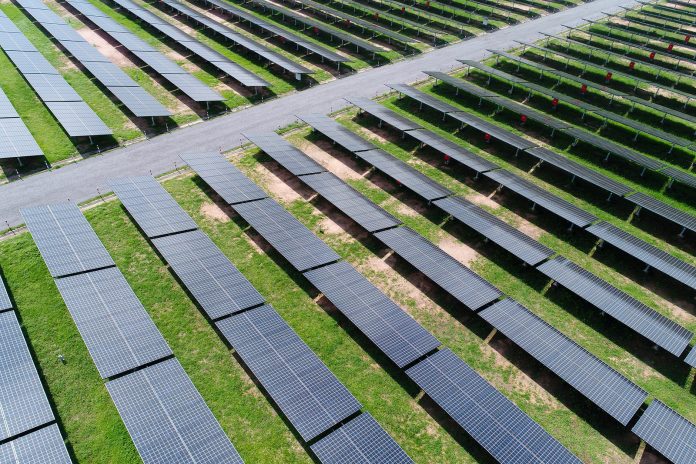 A digital Belt and Road?

The Belt and Road initiative promises massively increased interconnectivity across Eurasia and most people think of improved trains, rail and roads, but there is another overlooked element to the Belt and Road – which is the promotion of a “digital belt and road” which promises to improve connectivity through greater use of technology and to facilitate an Eurasian wide internet of things platform which will allow for huge improvements in logistics, transportation and information sharing.

The mass use of sensors and tracking devices in factories, transport systems and products should allow for efficient sharing of information and huge productivity gains. The internet of things will also make use of 5G wireless technology (due to be in widespread use by 2020) which will allow infrastructure to become increasingly efficient in terms of energy use.

China has embraced this approach and hopes to create digital network across Eurasia in tandem with its physical constructions. That is the theory at least, but what is not yet clear is how effective the internet of things will be in actually managing complex logistical chains and whether it will really deliver the energy and time efficiency savings promised by its advocates.

Kazakhstan is a key transport partner for China and the Belt and Road as whole. The Central Asian giant is a major transit route hosting rail lines that run from China to Europe carrying increasing amounts of goods from East to West.

Chinese firms are also heavily imbedded in the Kazakh oil and gas sector who are there to serve the vast energy needs of China. Unfortunately this imported gas and oil is a major contributor to greenhouse gas emissions and air pollution and China is now looking to invest funds in renewable technology in the country, the growing appetite for clean energy along with a more accommodating legal and regulatory environment has opened the door for Chinese firms like DA 1 and Hydro China International Engineering who are planning wind projects on the Central Asian steppes.

Kazakhstan has set a goal to obtain 3% of its energy from renewables by 2020 and 50% by 2050. The Government’s Nurly Zhol (Bright Path) economic development programme which aims to modernise and diversify the Kazakh economy should encourage both Belt and Road and renewable energy projects, but the nation’s dependence on fossil fuels runs deep and renewable energy may take a long time to gain traction.

Wind Vs Coal in Pakistan

Pakistan is very much the poster child of the Belt and Road initiative with over $40 billion and a great deal of political capital being pumped in the China Pakistan Economic Corridor (CPEC), the success of which will be very much a litmus test for the Belt and Road overall.

CPEC is focused towards transport projects, but there are many energy projects as well, coal is the major beneficiary of China’s approach, but there are a number of renewable energy projects including the Dawood wind project based in the Southern Sindh region, which will provide 50 MW of power and is being built by HydroChina and financed by the Chinese Industrial and Commercial Bank.

However the Chinese were not the first on the scene  Pakistan’s first wind project the Jhimpir Wind Power Plant which provides around 100 MW of power was built by a Turkish company ZorluEnerj and financed by the Asian Development Bank.

Given Pakistan’s power generating capacity is 24,830 MW and it faces a shortfall of around 4,500 MW these renewable projects are a drop in the ocean in the nation’s overall energy needs, but they can provide a powerful demonstration effect which will help launch others so that Pakistan can begin the long march away from fossil fuels.

While the Gulf region remains synonymous with oil there are fast moving plans to harness the plentiful sunlight of the area by encouraging the use of renewable technology. Marubeni and JinkoSolar recently teamed up (in a rare Japanese and Chinese collaboration) to sign a power purchase agreement (PPA) with the Abu Dhabi Water and Electricity Company (ADWEC) for a 1.18GW photovoltaic power plant to be built near the town of Sweihan.

As well as being the largest solar project in the region Marubeni and Jinko also submitted a record-low bid for 1.17GW at a weighted 2.42 US cents per kilowatt hour (kWh) to supply energy to the Emirate, a sign of the rapidly falling cost of solar energy and the potential for this technology in the region.

The Gulf region is also expected to see demand for solar panels soar and Chinese firms like Jinko and Trina Solar and Suntech Powern are the largest suppliers of this technology and are in a prime position to take advantage and dominate the market.

Kenya and East Africa represents a spur of the maritime part of the Belt and Road initative and a country in which China has been an extremely active investor in. Chinese investment has often resulted in disaster for the environment, but there is hope for a more sustainable future as China looks to invest in renewables.

The Northwest city of Garissa is the new home of the country’s biggest solar farm which will eventually produce 55 MW of power. Jinko Solar in combination with Jiangxi Corporation will work together to build the farm backed by the Exim Bank of China. Kenya is moving towards renewables in a bid to reduce dependence on expensive fossil fuels and cut pollution.

China has invested heavily in the gas and oil sector across Iran, filling the gap left by Western firms frightened off by sanctions. China took over the running of a number of facilities and is also importing a lot of crude and gas from its diplomatic and economic partner.

Oil and gas has been the mainstay of the Iranian economy for many years, but now renewable technology is slowly starting to make inroads. Iran’s existing power generation capacity is around 74,000 MW but only 200 MW is currently produced by renewables.

But there are ambitious plans afoot in Iran which foresees new facilities which will eventually boost its capacity to 26,000 MW. So far the pace setters have been German and Swiss investors who have backed Iran’s biggest solar farm – the Mokran complex with 20 MW capacity with plans for an even bigger facility are now underway.

Chinese firms like ZTE are playing catch up but are planning solar farms in the country and their ability to build infrastructure quickly and cheaply along with their strong diplomatic ties via Beijing could see them dominate the market especially if other investors shun the country.