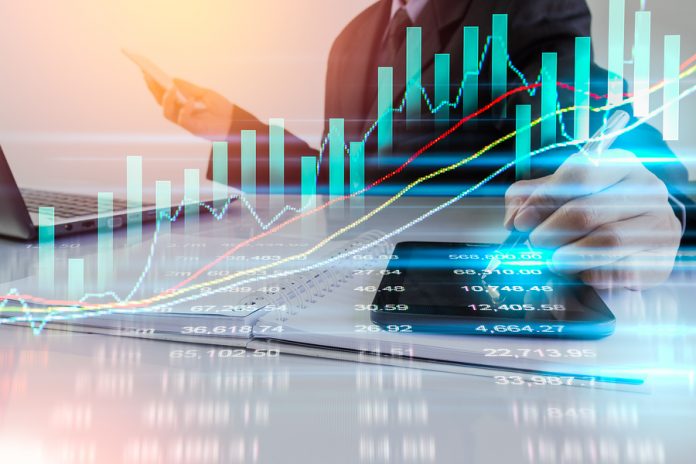 This is post 1 of 4 in the series “Is It Time To Head Back To The Safety Of Developed Market Bonds?”

Emerging markets have commanded the limelight this year as far as capital market performance is concerned. Be it equities or fixed income, investment vehicles from this asset class have done phenomenally well this year.

In the fixed income space, their performance is best illustrated by the plot of the J.P. Morgan Emerging Market Bond Index (EMBI) Global Total Return Index in the graph below. 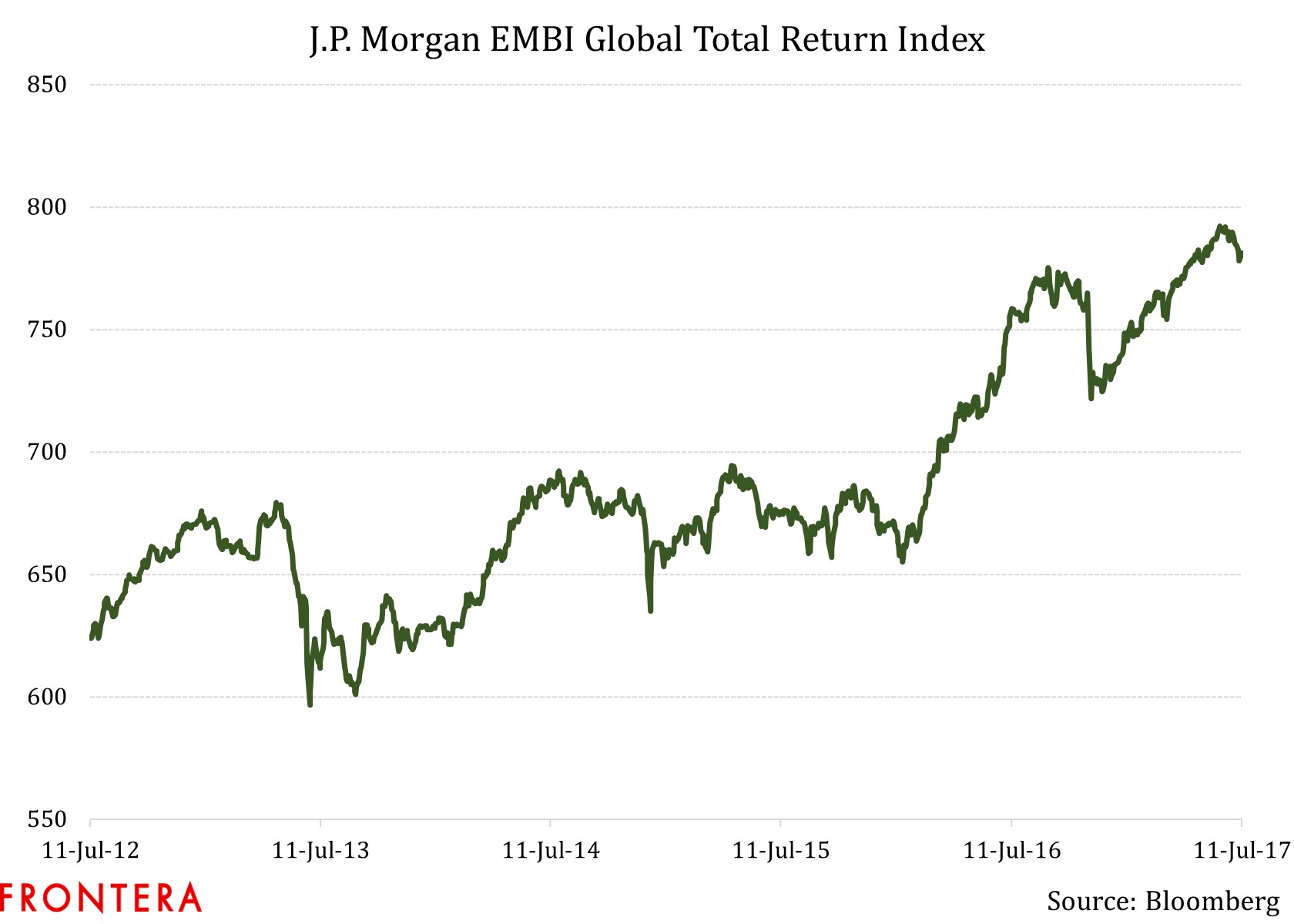 US investors have been actively investing in emerging markets bond funds. In YTD 2017 until July 11, the net inflows to this ETF category have stood at $5.6 billion, according to Bloomberg data. In terms of flows as a percentage of asset size, the number represents 25% of all assets invested in the category.

In the past year, the category has witnessed net flows amounting to $7.5 billion with flows as a percentage of assets standing at 33.7%.

However, there are mounting concerns that the rally has been overdone. We’ll assess the substance of this assertion below. 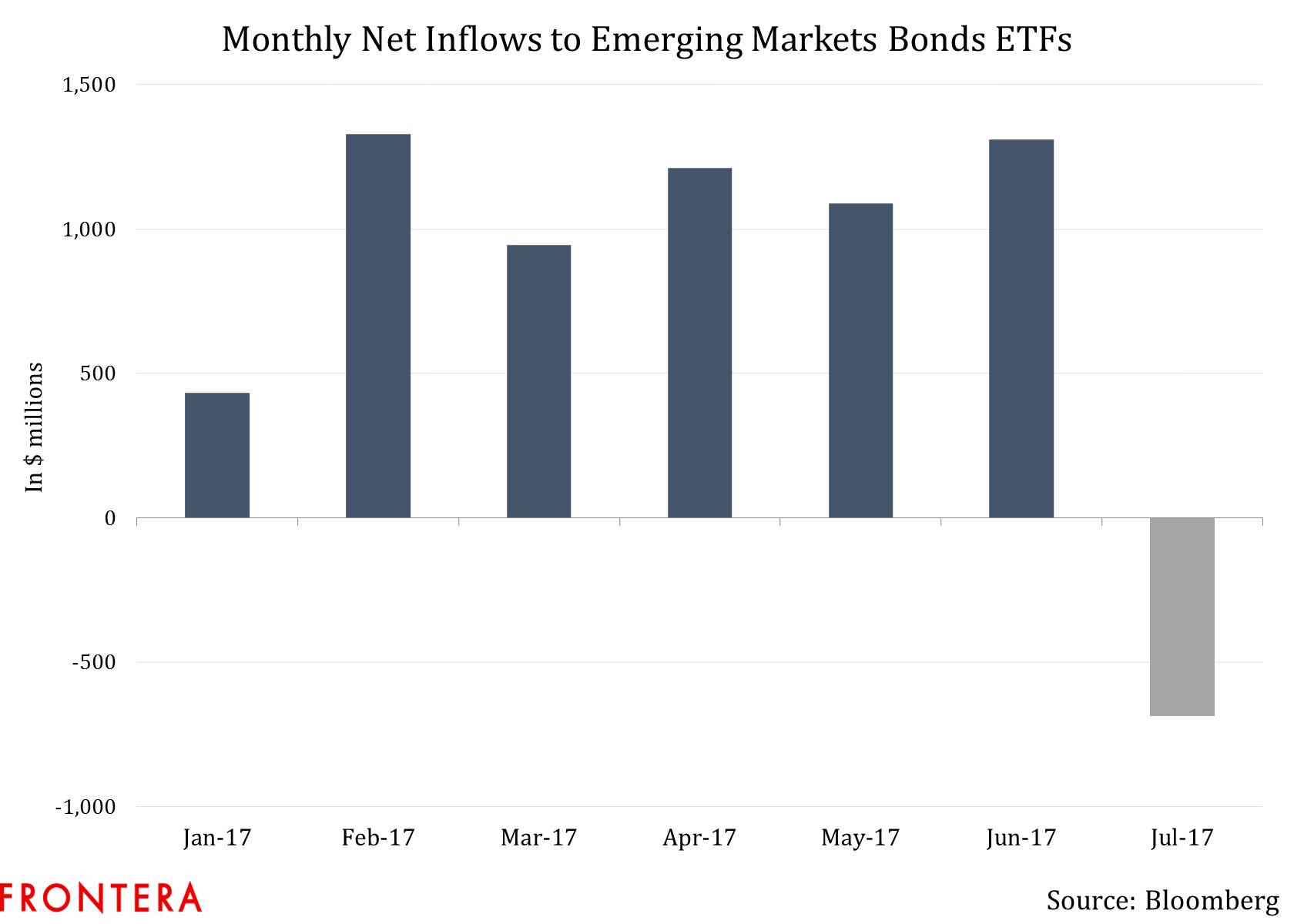 Time to move on?

When a category has posted superlative returns for a substantial period of time, its future naturally becomes suspect. Add to these reserves the comparatively less reliable and risky economies of the emerging markets universe, and one’s belief of an impending decline becomes stronger.

And then, there are other market signals.

Emerging market spreads have been declining, as shown by the graph below. 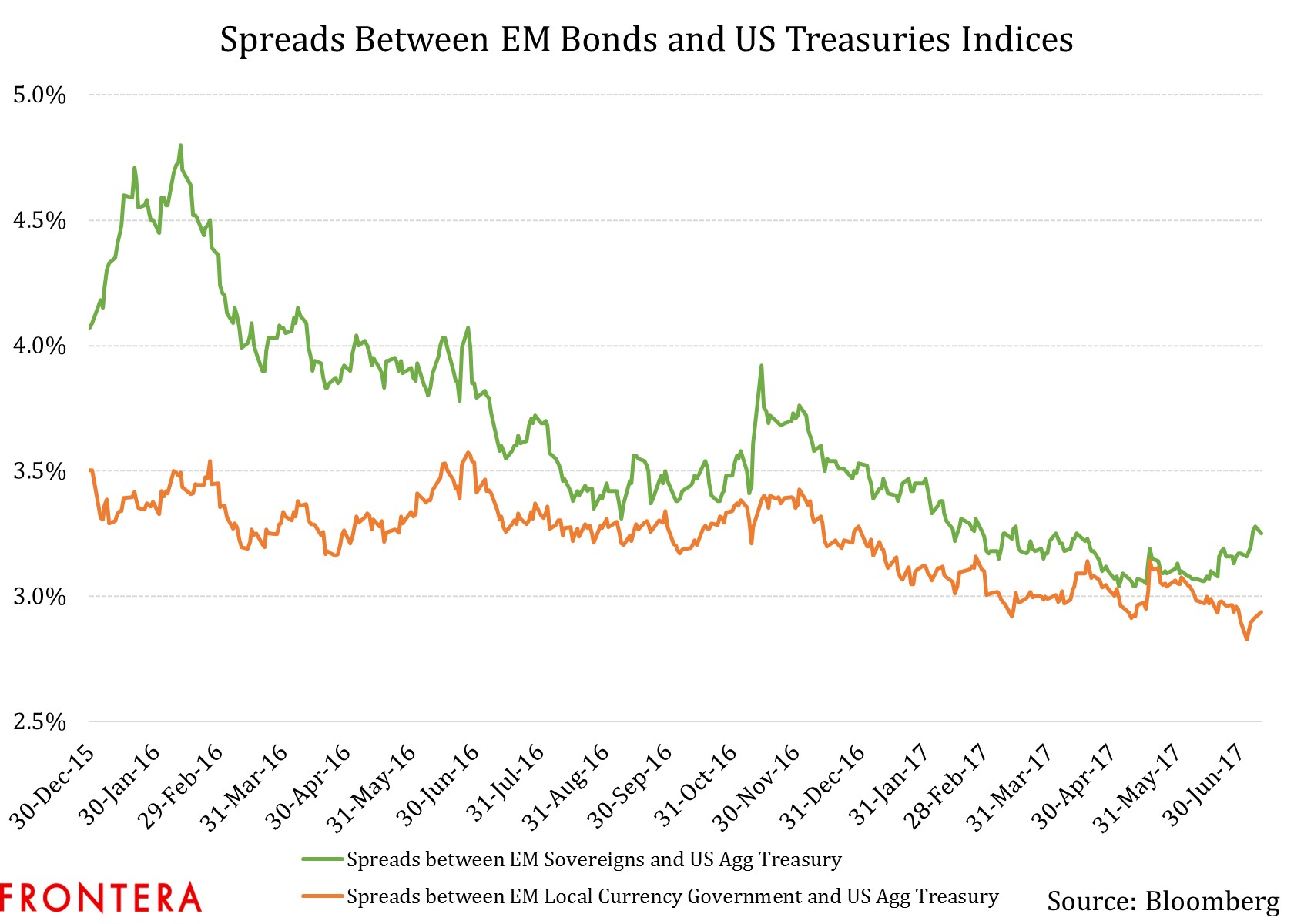 What the declining trend of the spreads indicate is that there’s less difference between emerging market yields and US Treasury yields than there has been at any point of time in since December 2015. This means that in terms of yield, there is a weakening argument for staying invested in emerging market bonds.

Markets have surely taken note, which is most readily reflected in net flows to a popular ETF tracking the asset class. We’ll look at this fund in the next article.

This is post 1 of 4 in the series “Is It Time To Head Back To The Safety Of Developed Market Bonds?”