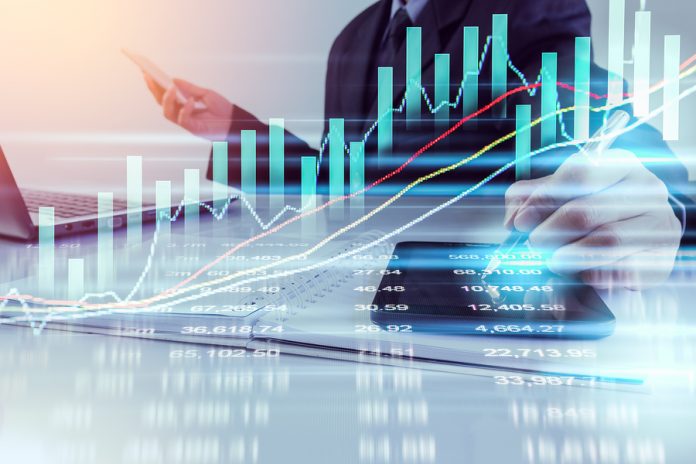 For the last few years, equitisation continues to be a focus for the Vietnamese government. The government hopes that equitisation will increase the efficiency and improve the management of the State-owned enterprises (SOE) which have been suffering from inefficiency for years. In addition, the much required capital raised from divestments will also assist the government to reduce its growing debt and fund infrastructure projects. In August 2017, the government released Decision No.1232/2017/QD-TTg approving a list of 406 state-owned enterprises to be divested during 2017-2020.

The new decision not only lists the 406 approved companies marked for divestments but also includes mechanisms to accelerate and increase the efficiency of the divestment process. This has been included to address issues faced by investors during previous divestments, such as delay in the transfer of ownerships and lack of clarity in valuation.

There is also a provision allowing the rate of divestment and number of divested entities to increase in the next four years depending on the market.

Return on equity for firms such as Vinamilk and FPT Telecom were also higher than expected, at 42 and 29 percent respectively.

Until now, total revenue from divestment is expected to add VND 19 trillion (US$ 835.2 million) to the budget based on the value of the share of state capital expected to be divested from 135 enterprises. Based on share prices on the stock exchange, it can reach up to VND 29 trillion (US$ 1.28 billion).

The total number of approved SOEs stands at 375, with a total capital of VND 108.5 trillion (US$ 4.8 billion). Total capital expected to be divested during 2017-2020, stands at VND 64.5 trillion (US$ 2.8 billion). These figures exclude SOEs belonging to the Ministry of National Defence, Ministry of Public Security, Ho Chi Minh City People’s Committee, the State Capital Investment Corporation (SCIC), and SOEs selling capital under the PM’s separate decisions. If we include the SOEs under the mentioned government agencies, then the total state-owned capital can be over VND 100 trillion (US$ 4.4 billion) at least. 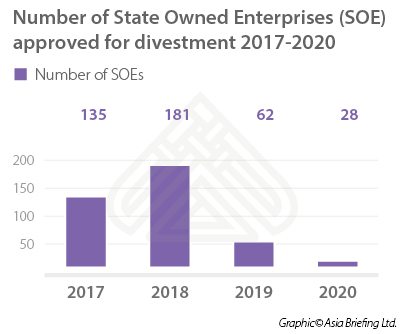 In here, we will discuss the major divestments in the shipping, oil & gas, beverage, and airlines industry.

Vinalines is due to make an initial public offering (IPO) in December this year and make its debut as a joint stock company in April next year. Currently, it owns a fleet of ships with a capacity of more than two million tonnes, accounting for 25 percent of the nation’s total capacity.

Vietnam National Oil and Gas Group (PetroVietnam) will complete the divestment from several subsidiaries by 2020. They are allowed to retain their entire holdings in only the parent company PetroVietnam, National Southern Spill Response Centre (Nasos), and PetroVietnam Manpower Training College.

Vietnam Airports Corporation (ACV) and Vietnam Airlines (VNA) are going to divest large stakes for future funding requirements. ACV will sell off 20 percent of its state stake in 2018 and 10.4 percent in 2019, while VNA will sell 35.16 percent in 2019, thus reducing state ownership in the firms to 65 percent and 51 percent, respectively.

These divestments offer a chance for foreign investors to enter the aviation market. There already is a considerable interest from investors for both the entities. The aviation industry in Vietnam contributes US$6 billion annually to the GDP and grew 29 percent year on year in terms of passengers in 2016.

Later in the year, the government will release further details about their divestment plans.

The 2017-2020 plan is different in various aspects from the 2011-2015 plan. In the 2011-2015 plan, only SOEs in real estate, securities, finance/banking, insurance, and investment funds were allowed to be divested. This led to revenues from sales to be confined within the SOEs and only changed the investment portfolio of SOEs.

In contrast, for 2017-2020, the divestment will lead to a change in the state’s portfolio of assets. From now onwards the sales revenue from divestments will be directed towards public investments projects unlike in 2011-2015, when revenue was held by the SOEs, leading to an increase in the state capital in the business.

In the recent divestment policy, the government has also added a provision to divest in installments, with the rate fixed at 20 to 36 percent of the total holding. This has led to an increase in the number of divested SOEs.

The major investment hurdles faced by foreign investors include unfair valuations, unable to acquire a controlling stake, and delays in transfer of ownership.

Investors have often highlighted the delay in the process of transferring stakes from ministerial or provincial people’s committee level to SCIC that handles divestments. To reduce delays, the government in their recent decision, has asked the people’s committees in each city/province to report prior to the 25th of the last month of each quarter as well as on December 25 each year, to the Steering Committee for Enterprise Innovation and Development, Ministry of Finance (MoF), and Ministry of Industry and Trade (MoIT) for progress.

Equitisation offers investors an opportunity to enter the market in major industries such as food & beverage, telecommunications, aviation, energy, shipping, and retail and invest in companies with a dominating market share.

In addition, investors should carefully identify the decision makers to influence negotiations. Decision makers in SOEs not only includes the management members, but also the government officials in agencies overseeing the divestment process.