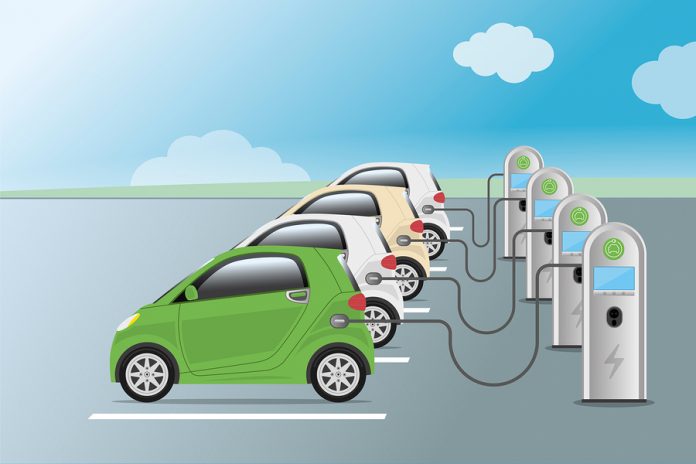 Electric vehicle manufacturers to rise with the tide

Electric vehicles (or EVs) continue to grab headlines as various governments worldwide announce new legislation and strategies to reduce vehicles powered by gasoline and diesel engines. Indeed, Bernstein research predicts that EVs could represent 40% of auto sales and 30% of the global car market in 20 years. UBS Group (UBS) believes that a growing global electric vehicle fleet will begin to be disruptive to gasoline demand by 2031.

Surprisingly, emerging markets (EEM) (VWO), are in many cases keeping pace with their developed market peers in the drive away from traditional auto engines. Tracking new technology and related products in these markets is an investment theme set to attract major fund flows.

The 5 biggest vehicle manufacturers in BRICS

We ran a filter on all the automakers currently selling products into the electric vehicle space, and originating from the BRICS nations (being the prominent area of focus within the emerging markets due to size and scale), to arrive at 5 largest automakers foraying into the EV space. Here’s the list of the five biggest auto manufacturers (by revenue) from BRICS nations (Brazil (EWZ)-Russia (RSX)-India (EPI)-China (FXI)-South Africa (EZA)) that are currently cashing in on growing demand in the electric vehicle space:

SAIC Motor Corp is China’s largest automaker. With over $341 billion in market capitalization, the company’s stock is listed on the Shanghai stock exchange under the ticker 600104. The stock has returned 36.6% YTD (as of September 21) and currently trades at a P/E of 10.4.

The company has founded the Global Car Sharing & Rental Co Ltd to offer timeshare leasing of electric cars. In 2016, the car-sharing company launched 8,400 new energy cars and built 2,800 charging stations in 20 cities. The service is scheduled to cover 100 cities in 2020, with 300,000 vehicles.

Currently, Mahindra & Mahindra is the only manufacturer of electric cars in India (INDA) (INDY). The company’s stock is listed on the Bombay Stock Exchange with the symbol M&M and also on the NYSE’s OTC market under the ticker MAHMF. With $802 billion in market capitalization, the India-listed stock of the company trades at a P/E of 18.8 currently. The stock has returned 10% to investors YTD.

Mahindra Electric, the company’s electric vehicles division, has the e20plus, eVerito and eSupro in its stable. The company expects EV sales to triple in 2017. It has already partnered with shared mobility platforms, rental firms (such as Zoomcar) and cab aggregators to promote the usage of electric cars.

The company has a current capacity to make 400-500 EVs/month and seeks to increase this capacity to 5,000 vehicles a month over the next 2 years. Mahindra is also working on a high-end electric powertrain technology, which will allow cars to run for 200-300 km with a single charge from the existing range of 100-140 km. A luxury electric sedan could also come from the M&M stable, targeting international markets.

The company has also entered into a partnership with Ford Motor Co. (F) to cooperate in areas including driverless and electric cars. For M&M, there’s money to be made in a nascent EV sector. “This is not a trade-off. This is the single biggest business opportunity for the next couple of decades,” said Anand Mahindra, the company’s chairman on clean technology, at the Bloomberg Global Business Forum in New York on September 20. The company is also currently looking for a joint venture partner in the world’s biggest EV market, China (YINN).

This Indian automaker’s stock is listed on the Bombay Stock Exchange with the symbol MARUTI and also on the NYSE’s OTC market under the ticker MRZUY. The company boasts of a $2.5 trillion in market capitalization on the Indian exchange. The stock is expensive at a P/E of 32.5 currently. However, the stock has returned 54.6% to investors YTD.

While the company currently does not offer a pure electric vehicle, its product offerings include hybrid cars – Ciaz SHVS and Ertiga SHVS. These smart hybrid vehicle offerings of the company have record cumulative sales of over 100,000 units a month and participate in the government of India’s FAME India* scheme, which aims to promote Faster Adoption and Manufacturing of Hybrid and Electric vehicles in India.

Hero Motocorp is a leading motorcycle and scooter manufacturer based in India. The company’s stock is listed on the Bombay Stock Exchange with the symbol HEROMOTOCO and also on the NYSE’s OTC market under the ticker HRTQY. With $770 billion in market capitalization, the India-listed stock of the company trades at a P/E of 21.1 currently. The stock has returned over 31% to investors YTD.

The company currently offers a range of electric 2-wheelers and 3-wheelers. Hero Electric began developing electric vehicles over ten years ago which resulted in the first electric scooter products launched in the Indian market in 2007. Since then the company has sold over 100,000 vehicles in India. With over 50% market share in the electric scooter market, the company is the dominant player in India’s electric two-wheeler market.

The company has also been very active in promoting the electric vehicle industry through the formation of an industry association and by approaching the government to provide subsidies of up to 20-25% on all electric scooter sales.

AvtoVAZ is the Russian automobile manufacturer formerly known as VAZ: Volzhsky Avtomobilny Zavod, but better known to the world under the trade name Lada. The VAZ factory is the largest car manufacturer in Russia, and one of the largest in the world. The company is the single Russian company pursuing electric cars, with their electric Lada Vesta.

The company’s stock trades on the MICEX exchange under the ticker AVAZ, commanding a market cap of $48.5 billion. The stock has returned 13.8% YTD.

While the above five top the list of BRICS automakers that have forayed into electric vehicles, the overall biggest automaker BRICS nations by revenue, Tata Motors (TTM), is set to zoom into the electric vehicle space as well. There’s talk of Tata Motors launching an all-electric Tiago. The UK-based subsidiary Tata Motors European Technical Centre (TMETC) hinted that the Tiago EV might deliver 100 km on one full electric charge, will accelerate from 0-100 kmph in about 11 seconds in sports mode, and would be capable of a top speed of 135 kph.