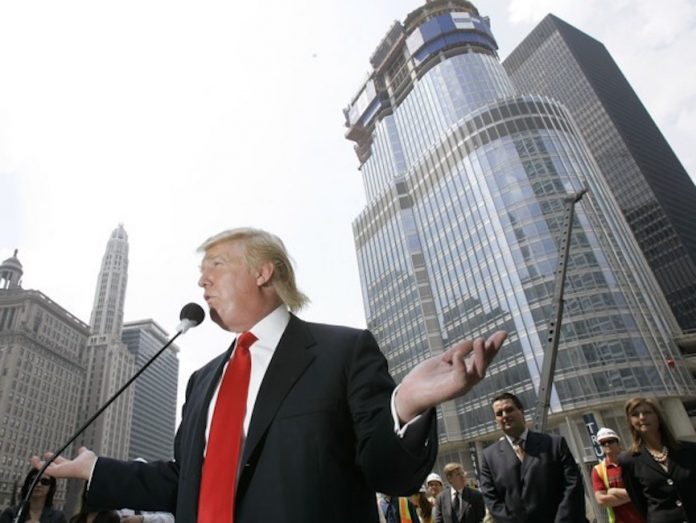 President Trump plans on Making America Great Again. And to do this he plans on investing several-hundred billions of dollars into rebuilding and repairing infrastructure across the United States, including highways, bridges, tunnels, airports, schools, and hospitals.

The policy was also proposed by Secretary Clinton, indicating broad bipartisan support in Congress for this investment. Infrastructure spending has been an ongoing issue on the budgetary battlegrounds for the last 25 years, and Donald Trump’s surprising victory has finally led way to the dawn of unprecedented government spending.

The President-elect has stated his plan will be double that of Secretary Clinton’s, or $550 billion over the next five years.

Intuitively, the program will require massive inputs, and the stocks of steel, concrete, and engineering companies have responded accordingly since Trump’s victory. This also means producers of metals, alloys, and advanced materials will benefit greatly, specifically those essential to national defense and homeland security; are used in mega-steel infrastructure projects; and are used to reduce the weight and increase the fuel efficiency of automobiles.

Niocorp’s Elk Creek Project in southeastern Nebraska, whose primary product is niobium, fits the bill perfectly. Niobum is used to enhance the strength of the steel and Elk Creek is home to the highest-grade primary niobium resource in North America, one of the largest in the world, and the only such resource under development in the United States.

Elk Creek is located on private land with extensive infrastructure and has the strong support of the community and state and local government support. And you can be sure it will have the greatest champion in President Trump. The US currently imports all of its niobium, a metal so important it has been deemed critical and strategic to Western defense needs.

There are only three producers of niobium as its primary product and there no new niobium mines have come into production since the 1970s:

Companhia Brasileira de Metalurgia e Mineração (CBMM) – Producing ~85% of the world’s niobium from the Araxá mine in Brazil. In April 2011, CBMM sold 15% of its interest to a Japan-Korea Partnership for $1.95 billion. Several months later CBMM sold another 15% stake to a Chinese group made up of five state-owned companies, also major steel players, for US$1.95 billion.

China Molybdenum – Producing 7-8% of the world’s niobium from the Catalao mine in Brazil. China Molybdenum’s acquired Anglo American’s niobium and phosphate projects netted in September 2016 for US$1.5 billion. According to our analysis, the niobium assets accounted for US$465 million of the sale.

Magris Resources – Producing approximately 7-8% of the world’s niobium Niobec mine in Canada. Magris acquired the mine from IAMGold in October 2014 for US$530 million. At time of sale, IAMGold forecasted niobium production of 5.2-5.5 million kilograms, for which we estimate cash flow of $70.4 million.

Elk Creek will be a 2,700 tonne-per-day producer, with a pre-tax NPV of US$3.07 billion, after-tax NPV of US$2.3 billion, and average pre-tax cash flow of US$438 million per year. Elk Creek’s initial capital cost will be in the range of US$979 million, which is the primary reason why there is such a large disconnect between the current market cap and NPV of projected cash flow. Nevertheless, 75% of Elk Creek’s niobium has already been contracted for sale, 50% to $13 billion European multinational conglomerate ThyssenKrupp, and 25% to $2.4 billion steel and metal manufacturer, Commercial Metals Company.

Niocorp has been making incredible headway, with the feasibility study almost complete. With the Trump Engine securely behind them, we reiterate a target price of target price of C$1.95, or a 130% gain from the current price, using a blend of cash flow and multiples.

We believe Elk Creek will be fast-tracked by the new administration, and will be one of the most important projects in the United States during Trump’s tenure. The upside in this stock is incredible.