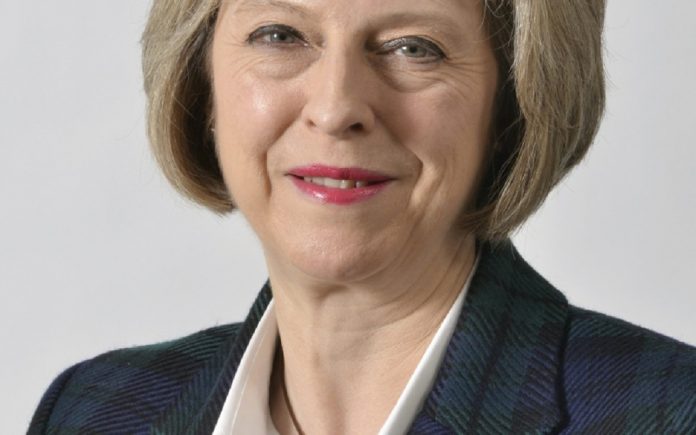 Theresa May’s recent visits to Trump and Erdogan are under discussion as negotiations and trade deals make the reality of Brexit felt all the more strongly.

With Brexit looming, Prime Minister Theresa May has kicked her “Global Britain” tour into high gear. After becoming the first leader to make an official state visit to the Trump White House (much to the dismay of many compatriots and other Europeans), she also became the first Western leader to visit Turkey since last year’s attempted coup. While delivering a softball critique of President Erdogan’s authoritarian turn, she clinched a £100m defence deal and announced a new working group on trade with Ankara.

Between them, the trips to Washington and Turkey have made one thing very clear: the UK and EU are no longer on the same page when it comes to foreign relations, and Britain has launched the opening salvo in what will be a running competition for trade and political allies in other areas of the globe. Even if one of the main tenets of the Brexit campaign was that the British government could separately pursue political and trade relations outside of Europe, it still comes as a shock to see the UK undercut EU foreign policy before it even leaves the Union.

Besides Donald Trump, Recep Tayyip Erdogan’s Turkey might be the best example for how differently Theresa May’s government and the European Union now see the world. May’s £100m defence deal with Erdogan – which she justified by stressing, “Britain is a great, global trading nation” – directly undercuts Europe’s negotiating position at a moment of high tensions between Brussels and Ankara. European criticism of Turkey’s lack of reform on human rights and post-coup crackdown on opposition members, combined with Erdogan’s threats to unleash new waves of refugees despite receiving EU grants to care for them in Turkey, have pushed mutual recriminations to new heights. Relations between Turkey and its European neighbours nearly reached the breaking point in late November, after the European Parliament voted in favour of a non-binding resolution to halt Turkey’s EU membership accession process.

In contrast to the EU’s frosty approach, key British leaders have warmed up to Turkey incredibly quickly since the referendum. Foreign Minister Boris Johnson, who campaigned for Brexit in part out of fears over future Turkish immigration, is now a staunch advocate of Turkey’s EU accession – likely motivated in part by the fact that any migration from Turkey will now fall squarely on the shoulders of continental Europe. During her visit, May paid slightly more lip service to principles of human rights, urging the country’s leaders to uphold standards of rule of law and “international human rights obligations.” Nonetheless, Downing Street clearly sees an opportunity in the failing Euro-Turkish partnership.

Elsewhere in the Middle East, the divergence between the two sides is no less extreme. European and British competition over commercial agreements has also heated up in the Persian Gulf. London has the edge, given Britain’s historic role in the Gulf States and enduring trade connections in the region. May aims to reignite these ties in a further push for partnerships outside the EU, and she and a number of Cabinet ministers have already been active in negotiating lucrative deals, easing business and liberalising trade relations between the UK and the Gulf states.

Last December, May became the first British Prime Minister and the first woman to be invited to attend the GCC summit in Bahrain. She spoke directly about on-going reform efforts as well as about shared security concerns in her address, singling out Saudi Arabia’s Vision 2030 economic plan to diversify its economy. Both the Saudis and their neighbours are eager to secure British assistance with their economic restructuring and with countering the threat of Iran – and May is all too happy to oblige.

For Britain, the Persian Gulf monarchies already represent major investors in the UK. Upcoming transactions like the Saudi Aramco IPO offer opportunities that the City of London, on edge over its future on the Continent, can use to its advantage. Europe’s position, by contrast, is far less favourable. The EU currently merely has intentions of launching trade talks with the GCC – a lacklustre response compared to the UK’s newly revived dynamism in the region, especially considering that EU-GCC trade negotiations have already languished for years.

In Iran, on the other hand, Europe has the upper hand in commercial and diplomatic relations. The UK and EU have taken reverse approaches to Tehran: Britain and the United States are adopting an antagonistic stance, while the EU has become far more lenient since the 2015 nuclear deal. May’s recent rhetoric labelling Iran a “malign influence”, and Trump’s banning of Iranian citizens from entering the US, suggests that the two states will continue to maintain tense relations with Tehran.

The EU, for its part, sees Brexit as an opportunity to further trade relations with Iran. The UK was the member with the greatest enmity towards Iran and most interest in improving relations with the Gulf States, Iran’s greatest geopolitical rivals. Iran’s geographical proximity to mainland Europe, a lack of a genuine security threat, long-time economic links to major European economies and enormous market potential have helped trade to flourish. EU foreign policy chief Federica Mogherini has emphasized that the Union wanted to become Iran’s most significant trading partner again, and this week, the EU accepted Iran’s recent missile tests as not in violation of the 2015 nuclear agreement with world powers.

From Ankara and Tehran to Bahrain and Riyadh, it is clear that tensions – and even antagonism – between the EU and its soon-to-be former member state are already playing out further afield. We can already see a trend where the UK is establishing its own economic and political ties without regard to the EU, and Europe has been unsentimental about pursuing the avenues Brexit has opened. Fresh off her visits to Washington and the Middle East, May seems to be enjoying the momentum of the “Global Britain” strategy. How long that can last is another question entirely.