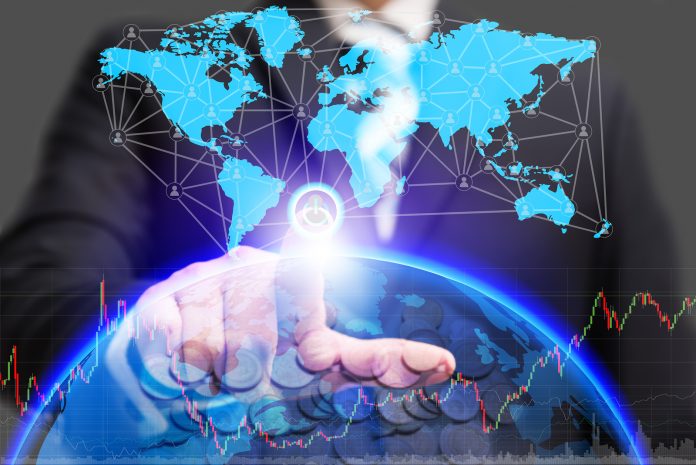 This is post 1 of 4 in the series “Take It ‘Easy’: Monetary Policy in 2017 and Emerging Markets Bonds”

Economic developments in emerging market countries throughout 2017 have led to many central banks reducing their key rates this year.

Some of the major emerging markets which have slashed interest rates are shown in the graph below with the levels of their key rates as on October 11. 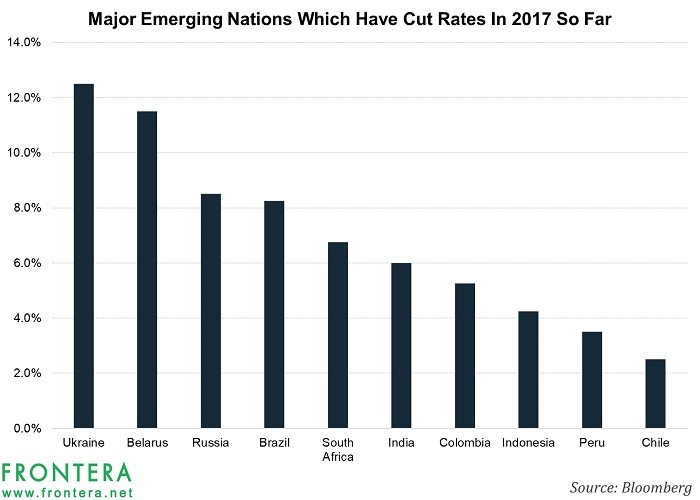 Ukraine has cut its policy rate twice in YTD 2017 by a cumulative 150 basis points. The discount rate had begun the year at 14% and was last reduced in May by 50 basis points.

Belarus has seen quite a bit of monetary easing in the form of rate cuts this year. The National Bank of the Republic of Belarus has slashed its refinancing rate seven times so far and has already announced that it will introduce another cut in its meeting later in October.

The refinancing rate had begun the year at 18%, and with the announced reduction in October, it will decline to 11%. Of these eight cuts, six have been a full percentage point each.

In 2017 so far, the Central Bank of Russia has reduced its key interest rate by 150 basis points. The bank’s key rate began the year at 10%, and four reductions later, stands at 8.5%; the latest cut was effected on September 15. A dive in inflation in the country has been the primary driver of the aforementioned rate cuts.

The Banco Central do Brasil has been on an aggressive rate-cutting spree. In YTD 2017 alone, the central bank reduced its Selic rate six times and post the latest cut in September, it stands at a four year low of 8.25%.

South Africa has seen only one rate cut this year. The South Africa Reserve Bank had surprised markets by reducing its average repo rate by 25 basis points to 6.75% in July but since then, has remained unmoved.

The rate cut in July was its first in five years and was aimed primarily at supporting the economy which had fallen into recession at the beginning of the year.

The Reserve Bank of India has been relatively cautious about easing monetary policy this year, slashing its key repo rate just once in August by 25 basis points to 6%.

Colombia has cut rates seven times this year. The Colombia minimum repo rate had begun the year at 7.5%, and with the latest reduction in August, the cumulative amount of cuts stands lower by 225 basis points.

Bank Indonesia surprised markets when it cut its 7-day Reverse Repo Rate for the first time since October 2016 in August. It kept the surprise element going by catching market participants off-guard again in September. In total, the central bank has reduced its policy rate by 50 basis points in 2017 so far.

Similar to Belarus and neighboring Brazil and Colombia, Peru has witnessed several interest rate reductions in 2017. The Peru Central Bank Reference Rate has been slashed three times this year by a cumulative 75 basis points.

The first cut of the year was effected in May and it had marked the first decline in the reference rate in 14 months.

The Banco Central de Chile, similar to several of its Latin America peers, has cut its policy rates in 2017. Chile’s Monetary Policy Rate has been reduced four times this year by a cumulative one percentage point and stands at 2.5% at present.

This is post 1 of 4 in the series “Take It ‘Easy’: Monetary Policy in 2017 and Emerging Markets Bonds”