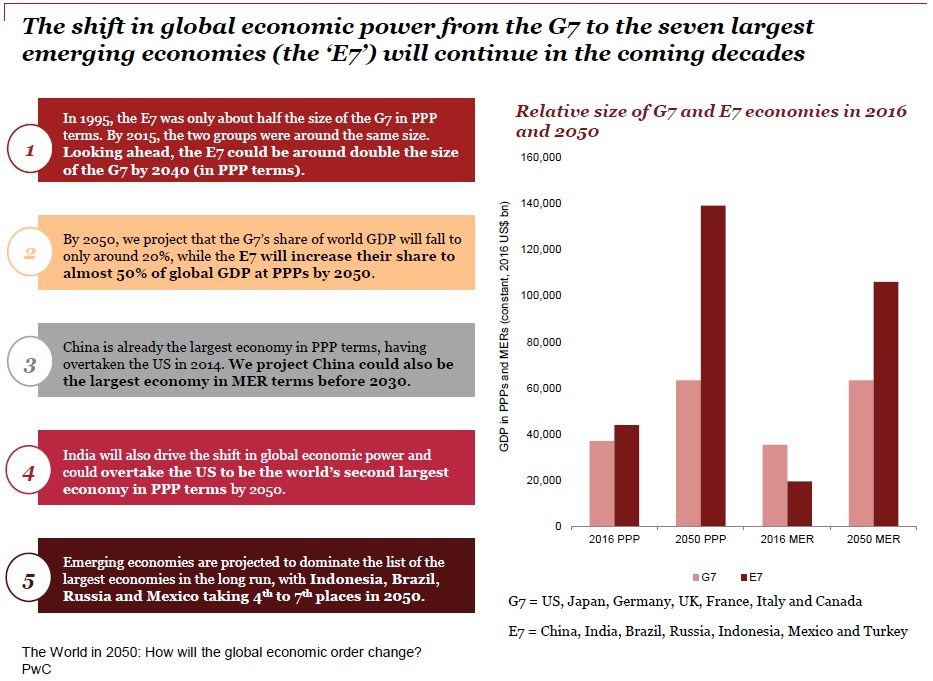 This rally in emerging markets stocks and bonds has given rise to worries that the rally may be over and markets may go downhill from here.

But if we look beyond the cyclicality of financial markets, emerging markets are creating a much bigger playing field for themselves.

The graph above has been reproduced from PwC’s ‘The World in 2050: How will the global economic order change?’ report released earlier this year.

The report noted that E7 countries (China, India, Brazil, Russia, Indonesia, Mexico, and Turkey) were half the size of G7 countries (US, Japan, Germany, United Kingdom, France, Italy, and Canada) in 1995 when measured in PPP (purchasing power parity) terms. The firm expects the E7 and G7 relationship to reverse by 2040.

China and India are leading the charge for emerging economies. While China is already the largest economy in the world in PPP terms, it is expected to overtake the US in MER (market exchange rate) terms as well by 2030. It is also anticipated that India will take over the US as the world’s second largest economy in PPP terms by 2050. 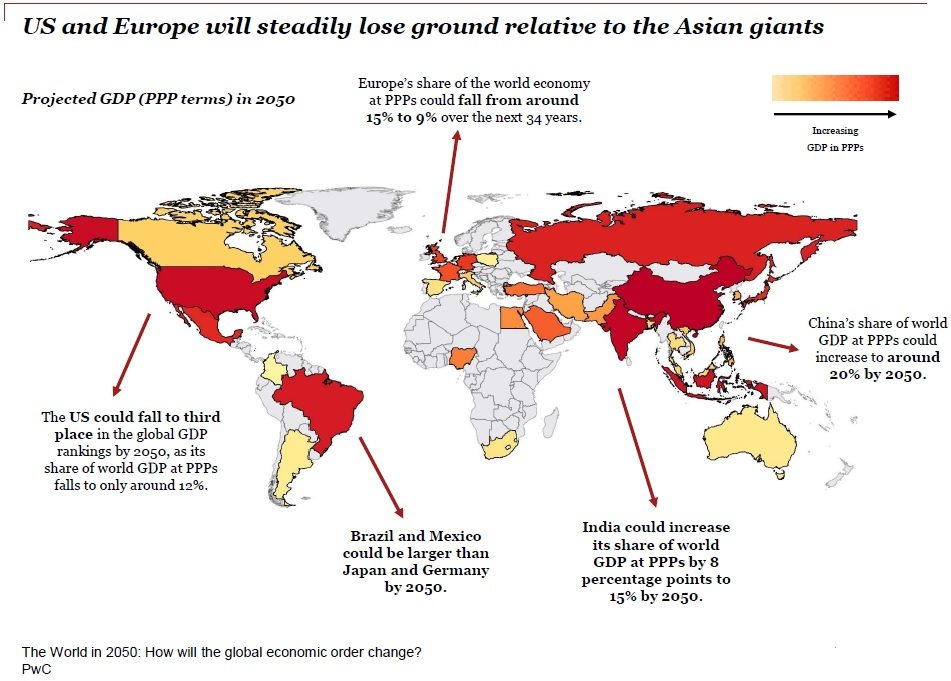 The graph above, also taken from the same report, shows how the balance of economic power is shifting east, specifically towards Asia.

These changes, if they come about, would be a tectonic shift in economic prowess, which is bound to have an impact on investment. On one hand, this change reflects a possible decline in opportunities in the developed world of today, but on the other, it heralds a new world with new prospects for investment.