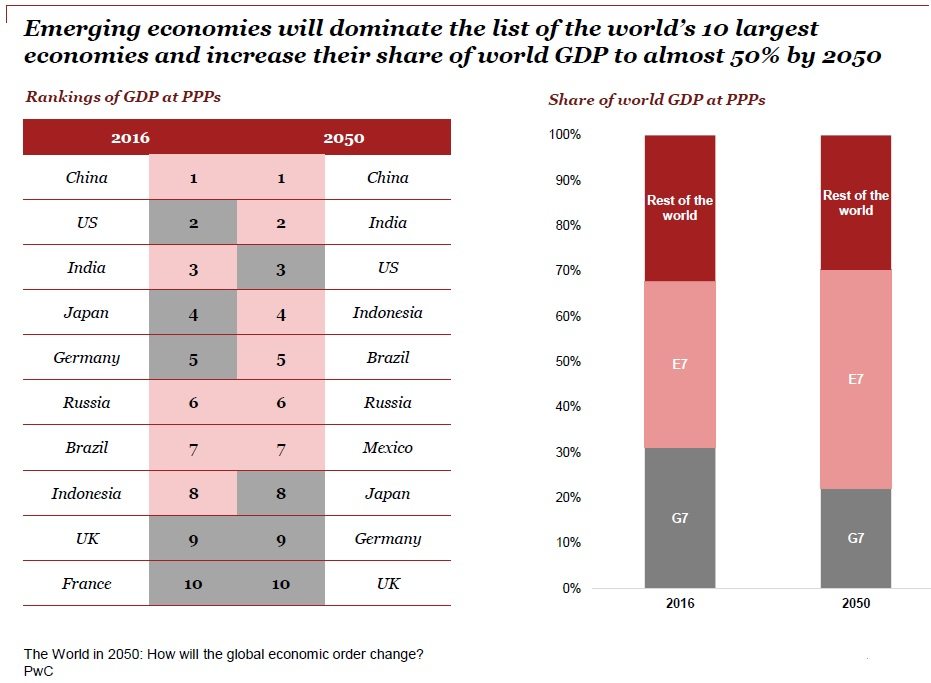 Markets and economies go through cycles with the former sometimes being indicative of the health of the latter. A similar cycle, albeit with a much slower change of pace than markets or economic cycles, is turning a corner in favor of emerging markets.

This graph has been reproduced from PwC’s ‘The World in 2050: How will the global economic order change?’ report released earlier this year. It shows how major emerging markets will displace the developed economies of today overtake most of the current top 10 nations by the value of economic output.

Mexico, which is not part of the top 10 today, has displaced France from the list in 2050. Meanwhile, India has displaced the US, Indonesia has climbed four spots, while Japan and Germany are relegated by four ranks.

Though this change of economic order may look like a disadvantage for advanced economies of today, it can actually be an opportunity for businesses in these nations.

Continual change in the global economic landscape is not unexpected as it is quite natural for developing economies of today to challenge their advanced peers tomorrow. 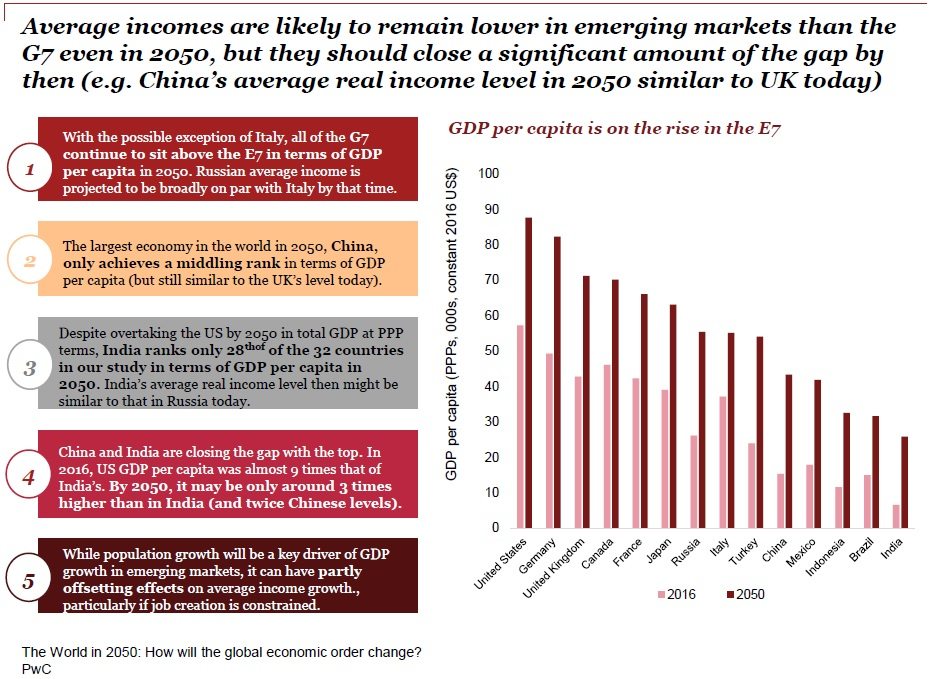 Though average incomes in emerging markets are predicted to be lower than their developed market peers even by 2050, in comparison to their present levels, the estimated figures are significantly higher, especially in countries like India, Indonesia, and China.

This translates to many more people joining the middle class in the coming 30 years. With fast growing economies and higher disposable income, this segment presents major opportunities for domestic as well as overseas companies which’ll have a large enough consumer base to cater to even if regulations favor home-grown players.

So even though in terms of economic size, developing economies may have to make room for their emerging market peers in the next three decades, corporations and their stocks from those countries will remain in play.

As far as emerging economies are concerned, this kind of growth is highly dependent upon policy. Opening of markets and currencies with favorable regulation which fosters healthy competition would be necessary for even domestic companies to do well, let alone foreign entrants