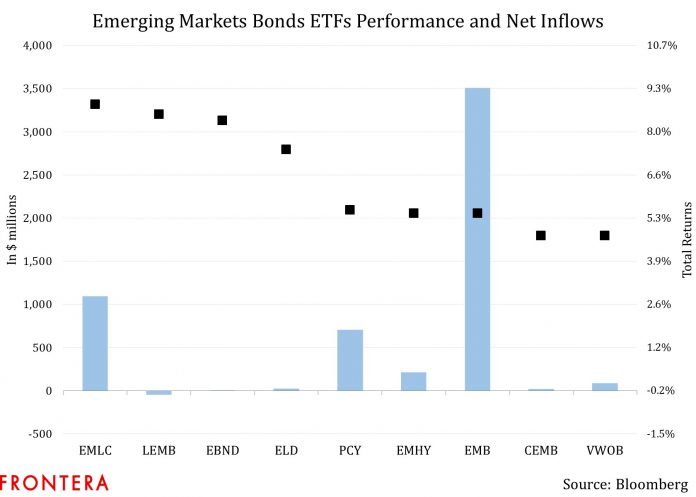 This is post 4 of 4 in the series “Is It Time To Head Back To The Safety Of Developed Market Bonds?”

Concerns over monetary policy tightening in US, Europe, and Japan can be considered to be primarily responsible for the net outflows witnessed by ETFs investing in emerging markets bonds in July.

A tighter monetary policy in these developed markets means higher yields there, which, coupled with reduced spreads amongst emerging markets bonds, leaves little reason for investors to stay invested in the latter.

However, in the previous article, we saw that the US Treasuries yield curve has flattened substantially compared to three and six months ago. This could have a bearing on the pace of rate hikes, which could in turn impact emerging markets bonds. 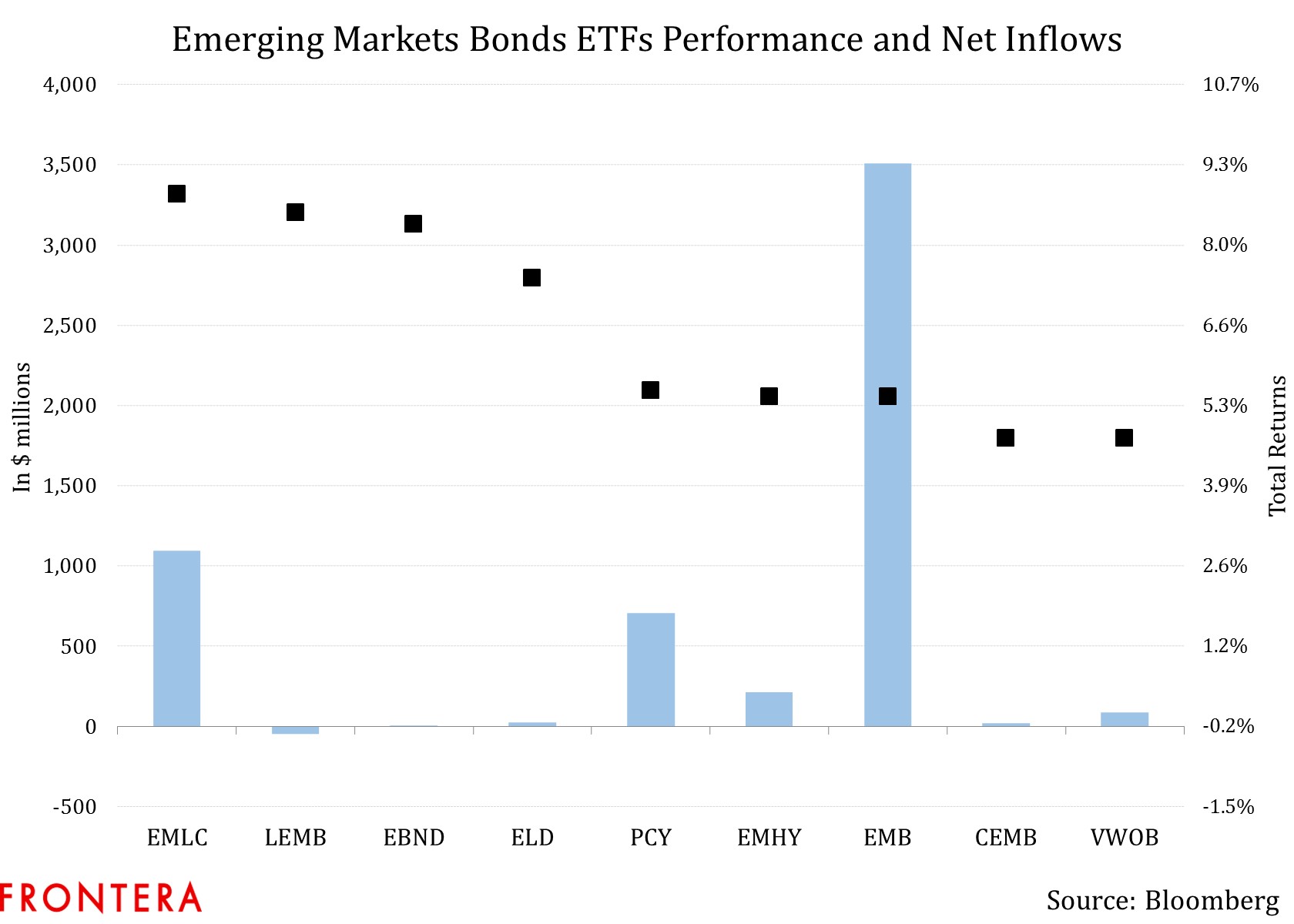 In her semiannual testimony to the Congress, US Federal Reserve chief Janet Yellen sounded positive on economic growth, pointing to continued job growth and a recent rise in business investment. However, she admitted that inflation remains low.

Theoretically speaking, if a central bank were to keep raising rates while inflation expectations remained depressed, the nation’s yield curve would continue to flatten, and the bank would risk an inverted yield curve.

There have been some emerging markets which have experienced inverted yield curves recently, but their financial markets have continued to do well.

However, an inverted yield curve in the US would obviously have much wider reaching implications.

At this juncture, though, the Fed chief seems confident in raising rates as she finds the current stance of monetary policy accommodative enough to allow the economy to grow.

Investors will be keeping an on inflation in the US as it can have a bearing on the rate tightening cycle of the Fed. Lower policy rates in the US would be beneficial for emerging markets bonds.

Another important aspect to keep in mind is the central bank’s intent to start normalizing its $4.5 trillion balance sheet beginning this year. This would also tighten monetary policy, and if the Fed finds itself in a position to hike rates more than once in the remaining second half of 2017, the combination of the two could be detrimental to emerging markets bonds.

Other aspects and portfolio positioning

The graph above shows the performance of emerging markets bond ETFs coupled with the YTD 2017 inflows that they have experienced. Interestingly, the iShares J.P. Morgan USD Emerging Markets Bond ETF (EMB) – which has experienced the largest net inflows this year of all EM bond funds – does not even make it to the top five performing funds in terms of returns.

It is the funds investing in local currency bonds (EMLC) (LEMB) which have outperformed their dollar-denominated bond investing peers. This is due to the fact that several emerging market currencies have gained against the US dollar.

If US monetary policy remains is guided in line with expectations and inflation in emerging markets remains elevated, local currency bonds can be expected to outperform their hard currency peers.

Though emerging markets bonds have seen their yields decline, the rally may not completely be over. This asset class may have passed its heyday for now, but developments in the latter half of this year have the potential to make it attractive again.

This is post 4 of 4 in the series “Is It Time To Head Back To The Safety Of Developed Market Bonds?”