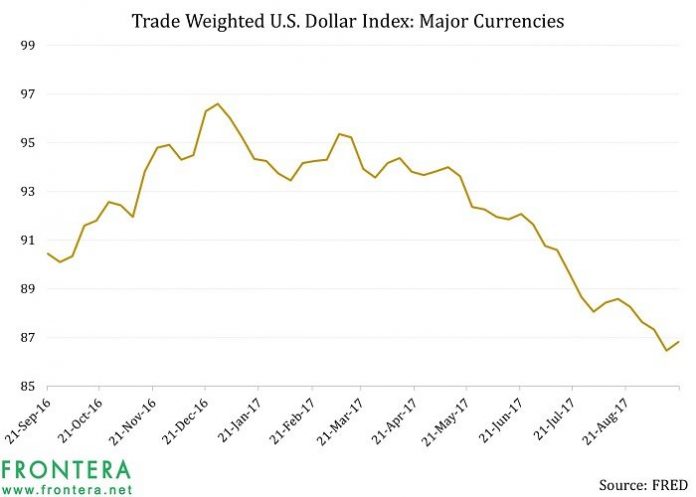 This is post 3 of 3 in the series “The US Dollar and Emerging Markets Assets: Relationship and Implications”

The US dollar has weakened for most of YTD 2017. This is reflected in the performance of ETFs tracking the greenback.

In the previous two articles of this series, we’ve established the visible relationship between the greenback and emerging markets equities and bonds. So, if the dollar strengthens, what impact can it have on these instruments? 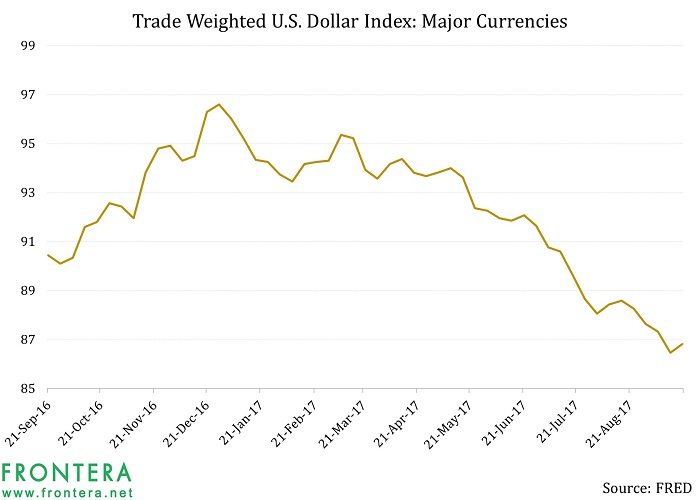 Since the turn of the century, emerging markets equities have done well when the dollar has weakened. So does that mean that a strengthening dollar spells doom for them?

If the strengthening dollar is driven by a surging economy, then a portion of the funds invested in emerging markets will move back to the US. However, given the vast universe of emerging markets, there will be pockets which will continue to provide value. In such a case, reducing exposure to broad-based funds and increasing investments in certain countries could be beneficial.

On the other hand, if the dollar strengthens due to certain developments or announcements such as the US Presidential election last year, it may not impact emerging markets equities. There can be temporary volatility, but no persistent trend of outflows.

Another aspect to note is the decoupling of some emerging markets with the US compared to a decade ago. Though a strong dollar can result in some capital outflows, emerging nations that don’t rely on the US for exports will bear the brunt better than others.

In the universe of emerging markets bonds, those denominated in local currencies can be at serious risk of falling in value if these currencies weaken against the dollar.

Though the entire universe would suffer because a strong dollar normally triggers outflows from relatively risky emerging markets bonds to the safety of US treasuries, bonds denominated in local currencies can expect to experience a harder landing than those denominated in hard-currency.

A major reason why the asset class suffers is because a weaker dollar typically leads emerging market governments and corporates to raise debt overseas, which, if denominated in dollars, would make it expensive to service, thus increasing their risk. At such a point, the reward does not compensate for the risk, resulting in outflows.

Similar to equities, a strong dollar backed by a strengthening economy would have a bigger negative impact on emerging markets bonds vis-à-vis a short-term upward movement.

Recently, the US Federal Reserve surprised the market by deciding to begin reducing the size of its balance sheet. This fanned the dollar which has since begun rising.

If US economic indicators back this aggressive stance of the central bank, then emerging market bonds will see outflows. A major trigger will be a rise in inflation expectations in the US, which will impact the US Treasuries yield curve.

If this does not happen, then some pockets of emerging markets will still remain attractive due to the higher yields they continue to offer.

This is post 3 of 3 in the series “The US Dollar and Emerging Markets Assets: Relationship and Implications”