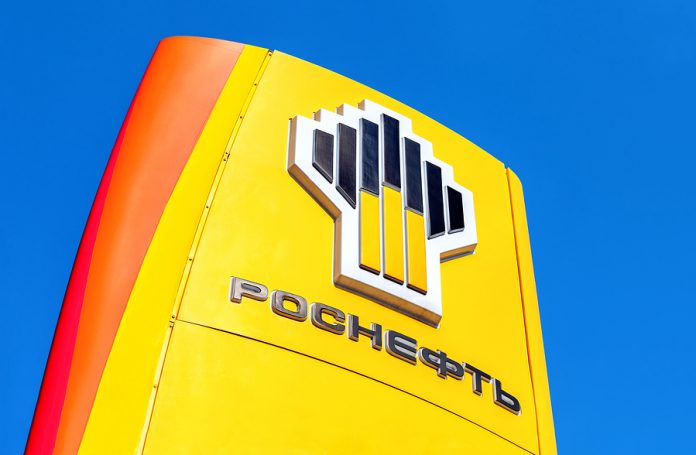 Word that Rosneft will soon open an office in Mozambique belies the company and Igor Sechin’s growing influence over Russia’s policy in the Asia-Pacific.

Russia’s apparatus responsibility for setting policy in its relations with China is remarkably diffuse, disordered, and filled with under-informed players competing for influence through formal or informal channels. Gazprom and Rosneft constantly tussle as CEOs Alexei Miller and Igor Sechin seek to increase their power. Despite the Kremlin’s political and financial support, the Power of Siberia won’t be profitable for a long while despite the face put on by the company. Gas pricing in Europe is changing over time, squeezing Gazprom’s pricing power, and China will increasingly be able to use LNG imports as a price-check. Rosneft’s positioning against Gazprom for access to the Chinese natural gas market reflects the company’s expansion aims across the broader Asia-Pacific and Eastern Mediterranean.

Most recently, Rosneft finalized a deal with the Beijing Gas Group for a 20% stake of its subsidiary Verkhnechyonskneftegaz worth $1.1 billion. The sale would, ideally, further raise pressure on Gazprom’s pipeline export monopoly and, perhaps more importantly, Gazprom’s legal control of access to all natural gas pipelines in the Far East. Rosneft is hoping to sell to Chinese consumers through swap deals. But Igor Sechin’s best weapon to go after Gazprom on the domestic market is to aggressively pursue oil and gas projects abroad. These projects elevate Rosneft—Sechin’s primary business empire—as a prime mover for Russian foreign policy and, in the case of natural gas, would allow Rosneft to sell LNG and undercut Gazprom. Sechin has already secured considerable sway over Sino-Russian relations. For those reasons, word that Rosneft will soon be opening an office in Mozambique merits scrutiny.

Mozambique could provide Rosneft and Russia a source of oil and natural gas to be exported to the Indian Ocean region, a growing geopolitical interest evidenced most recently with the closure of Rosneft’s deal with India’s Essar Oil for a refinery, port, and filling stations. Sechin worked as a translator and then in the Soviet military in Mozambique and Angola between 1982 and 1988. His knowledge of Portuguese and experience in the region could provide better understanding of conditions on the ground. But Rosneft’s corporate relationships and Mozambique’s debt crisis brought on by $2 billion in secret loans to state-firms matter more.

A report from the International Monetary Fund from 2013 estimated that revenues from natural gas could cover as much as one-third of Mozambique’s fiscal revenues. Mozambique failed to make a payment for a key Eurobond and defaulted in January. With the banking crisis ongoing, the government in Maputo needs to monetize its gas reserves to help restructure its debts. Italy’s Eni finalized a $7 billion investment for the proposed Coral South LNG project at the beginning of June. ExxonMobil then reached a $2.8 billion deal to buy a 25% stake of Eni’s assets for the Coral South project, taking operatorship over its onshore liquefaction facilities.

Against the backdrop of expanding natural gas production, Rosneft has partnered with ExxonMobil to explore for oil in Mozambique’s offshore. Exxon takes 60%, Rosneft 20%, and Mozambique’s state firm Empresa Nacional de Hidrocarbonetos the last 20%. Though it’s only the initial stages, Rosneft is set to develop offshore reserves in Mozambique should it find oil. These reserves would logically serve India and other Asian markets like Thailand that have grown more attractive for Russia thanks to the effects of OPEC cuts. Mozambique fits into Rosneft’s expanding influence over Russia’s foreign policy interests in the Indo-Pacific.

Eni decided to mitigate some of the risk it took in buying into Egypt’s Zohr natural gas field by selling a 30% stake to Rosneft for $1.1 billion last December. The project will likely not produce natural gas for export until 2019, but Rosneft has begun contracting LNG volumes through its trading arm to Egypt’s EGAS as Qatari LNG is set to be pushed out of the Egyptian market. The move gives Rosneft experience with offshore natural gas fields, helps deny Qatar an export market, and is likely to free up more Qatari supply for the Indian Ocean rim, which will help drive down LNG prices regionally.

Rosneft is poised to develop oilfields in Kurdistan, a move that would bolster Kurdish independence and give Rosneft access to oil reserves with lower break-even costs that can be shifted between Europe and the Indo-Pacific more competitively than production from Western Siberia. Rosneft seeks upstream access there, since Russian competitor Lukoil largely beat it out for major fields in Iraqi territory controlled by Baghdad. Purchases of crude oil from Libya have also begun, though their logic is geopolitical.

Rosneft continues to finance drilling operations in Vietnam’s offshore for oil in preparation for when prices rise and make investment into production feasible. Rosneft’s overtures to Pertamina for joint downstream projects in Indonesia are meant to lock in Russian market share. Gazprom too has pursued offshore cooperation with PetroVietnam, but Rosneft has proven more capable in acting abroad outside of the European market. But there’s a gaping hole in its portfolio: Iran.

Rosneft has faced stiff competition for a shot at Iran’s energy sector. Lukoil is Russia’s leader for energy diplomacy with Iran and Gazprom is vying for both oil and gas projects. Iran’s initial preapproved list of firms for bids included Rosneft’s prime competitors within Russia and abroad: Lukoil, Gazprom, and China’s CNPC. Rosneft as well as Gazprom’s oil subsidiary Gazprom Neft were added in June. Iran’s oil ministry has made it clear that Europe—Gazprom’s cash cow—is not a priority for Iran’s natural gas ambitions. Tehran is rather focused on increasing production for its energy needs, replacing imports in the north from an unreliable supplier in Turkmenistan, and exporting to neighboring states and India.

Gazprom has reached agreements with the National Iranian Oil Company to partner on upstream projects. LNG remains elusive. Gazprom has proven remarkably inept at expanding LNG production in Russia. The firm still only produces LNG from its Sakhalin 2 trains originally constructed by Shell, Mitsui, and Mitsubishi. Russia’s gas giant may be planning to expand the plant with a third train by 2021, but has failed elsewhere.

Rosneft has a strategic relationship with ExxonMobil. The two firms have been angling to build an LNG plant at their shared Sakhalin 1 oil and gas field for some time, a project that Gazprom has fought with legal tactics. Unless Gazprom gets in on Iranian LNG—unlikely given its poor record—it can do little to influence regional policy. India is the ultimate prize, set to be the world’s leading growth market for oil and a key driver of LNGconsumption growth in the region. Gazprom can’t access it. But Mozambique can help Rosneft’s India agenda if it plays its cards right.

Mozambique’s industry is new. South Africa’s Sasol estimates that the oil wells it is now drilling will come onstream in 2-3 years, the country’s first oil production. But the country is primarily drawing interest for LNG projects. Rosneft may be partnering with ExxonMobil for oil reserves initially, but acquiring international oil assets is less important for Rosneft and Sechin’s interests than natural gas. Rosneft’s presence makes the most sense if it can expand into LNG projects in Mozambique and use producer power abroad to weaken Gazprom domestically. Rosneft and Novatek are already taking up more and more of the domestic natural gas market in Russia. Their presence on export markets could accelerate domestic reforms.

Rosneft has signaled that it would build the proposed LNG train at Sakhalin 1 on its own without Exxon or other partners. A contract has been awarded to WorleyParson’s Sakhalin subsidiary for initial engineering work designing the facility. But the project faces a long road as Gazprom fights back. A foreign project would be free of that problem. For now, Eni and Exxon control the South Coral project. The Anadarko LNG project is primed for final investment decisions between next April and June from a consortium of firms led by Anadarko Petroleum, Mitsui, India’s ONGC Videsh, and a few other smaller partners. Rosneft has a working relationship with ONGC Videsh, to whom it has sold upstream assets in Eastern Siberia and partnered on Sakhalin.

There is no good predictor for Rosneft’s ability to transition towards natural gas. However, Igor Sechin and his company have shown great willingness to handle risks, operating in Venezuela and Kurdistan while getting involved in Libya. Rosneft is most competitive when its counterpart for negotiations is saddled with debt, best evidenced by its strategy to acquire Essar Oil’s assets in Gujarat. Russian bank VTB—the country’s second-largest lender—has expressed willingness to restructure debts Mozambique owes it after VTB and Credit Suisse arranged a $850 million loan to Emamatum, the state fishing company.

VTB backed Rosneft’s privatization deal, provided debt financing for Essar Oil, and VTB has managed to get Mozambique to pay arrangement fees greatly in excess of lending norms. Presumably the fees involved a deal of some kind. Bondholders are pushing the government in Maputo to repudiate loans from VTB, but Rosneft’s Kremlin allies could exploit the situation as it develops. Russian state firms see these acquisitions through a geopolitical lens. Igor Sechin is looking to add the Indian Ocean to his policy portfolio. Any movement on assets and LNG production in Mozambique will secure his gains made with the Essar deal and strike another blow to Gazprom’s sustainability as a regime centerpiece in foreign policy.