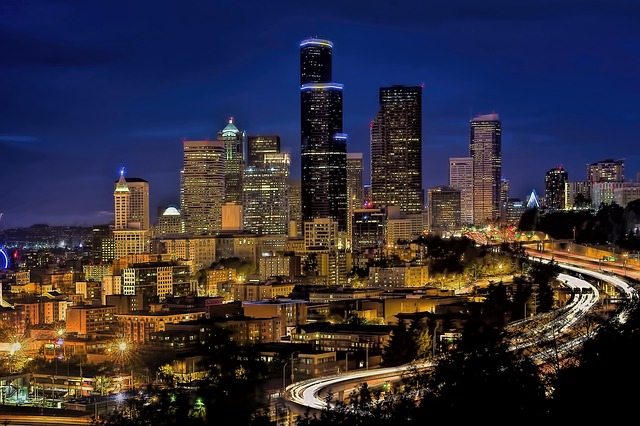 Urbanization, which has led to significantly rising real estate values in US coastal cities and other select global locals, is reaching a peak in developed markets. A rotation is about to take place, noted an HSBC research report, with emerging market cities around the globe and second tier cities in the US taking the lead. This will lead to investor winners and losers. 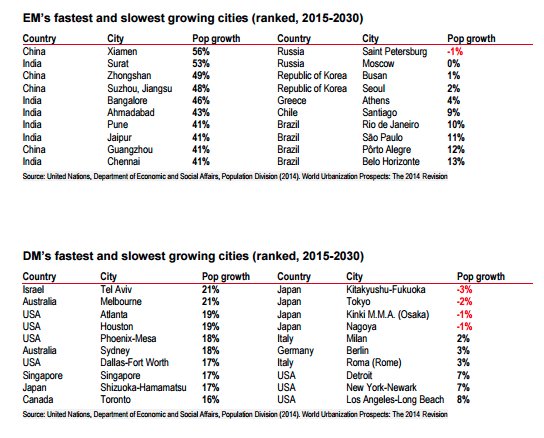 The population growth rotation is, in part, due to statistics.

There has already been a tremendous influx from rural areas to urban in developed markets, a move well documented in the industrial revolution. That transition from rural to urban has left nearly 80% of the population in developed markets worldwide living in urban areas. HSBC report authors Ben Laidler, Global Equity Strategist HSBC Securities, and Equity Strategists Daniel Grosvenor and Yevgeniy Shelkovskiy note that technological infrastructure is driving urbanization. Many rural areas, for instance, do not have affordable high-speed interest access, a requirement for growth in the connected era. 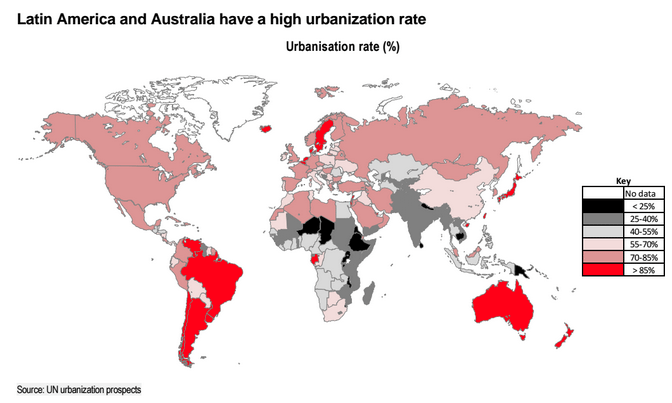 As the importance of technical infrastructure increases, and job growth drives rural residents in emerging markets towards the cities, certain geographic regions could see growth of my than 50% by 2030. Even in the US and Australia, many second tier cities could see 20% growth, the report noted.

While urbanization will be embraced in emerging markets, developed markets could do soul searching. “Faced with already high urbanization levels and aging populations, they may see their workers start to focus more on the urbanization negatives of congestion, pollution, and high house prices,” the report stated.

The United Nations had forecast that major developed market cities would continue to see strong population growth, but HSBC is “more skeptical” on this prospect. 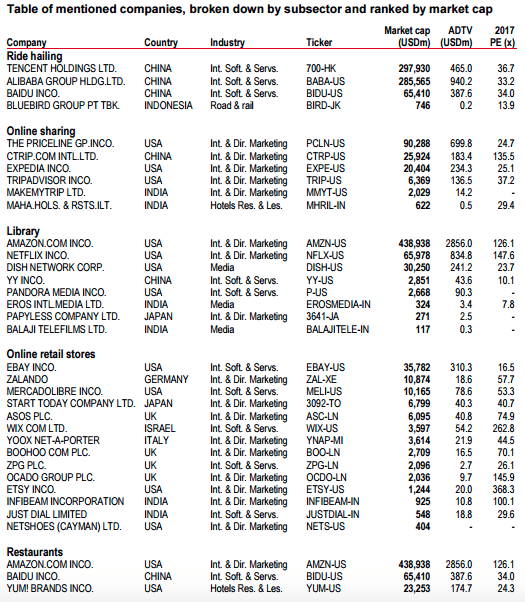 Urbanization is benchmarked in a historical timeline along with technology growth

The urbanization of developed markets and now, in emerging market regions, is in large part benchmarked in time by technology’s ascendance.

During the urbanization of developed markets, centralized dispatch used for taxis was at one point the predominant method of transportation. Now enter ride-hailing services such as Uber and Lyft, services that enable flexible work for on-demand workers. HSBC noted this resulted in a transitioning issue of “cheaper pricing model (that) pushes out century old iconic city taxi networks and thus existing driving jobs.”

The only caveat is that these new on-demand jobs come with low pay and might be eliminated with driverless cars.

The electric grid is another area where urbanization can be benchmarked along a historical timeline. It started as a centralized large-scale energy storage and distribution, the report noted, and it evolved into a decentralized energy system via solar panels, distributed power generation that includes fuel cell technology (Bloom Energy).

In this environment, there are numerous stocks that could benefit from the growing urbanization in the emerging markets. Chinese ride-hailing services such as Tencent Holdings and online sharing companies such as CTrip.com are noted as potential winners. In the US, Amazon.com is a winner on several fronts, while Dish Networks, Pandora and Netflix are also recommended.

Mark Melin is an alternative investment practitioner and Editor at Opalesque.