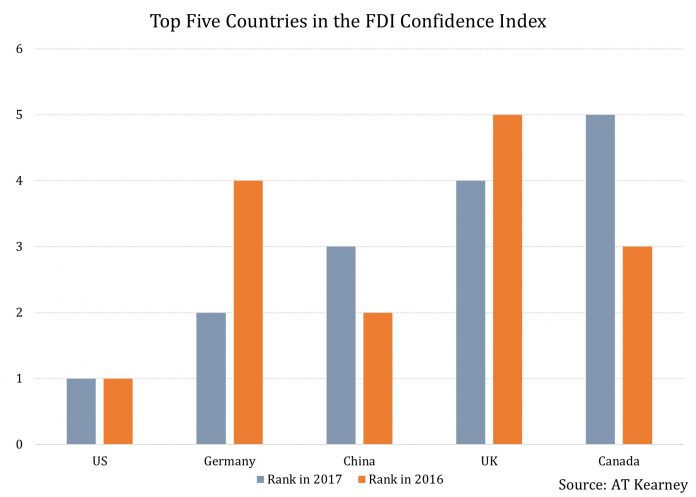 This is post 1 of 4 in the series “May the Flows Be With You: Emerging and Frontier Markets See Heightened Interest”

For the fifth successive year, the US topped the index as the most attractive destination for foreign money. This streak matches the streak the US had earlier in the century which came to a halt in 2001.

Compared to last year, Germany climbed to the second spot while China dropped one place to third. However, the most interesting finding by the firm was the comeback of emerging markets, and the waning influence of their developed counterparts. 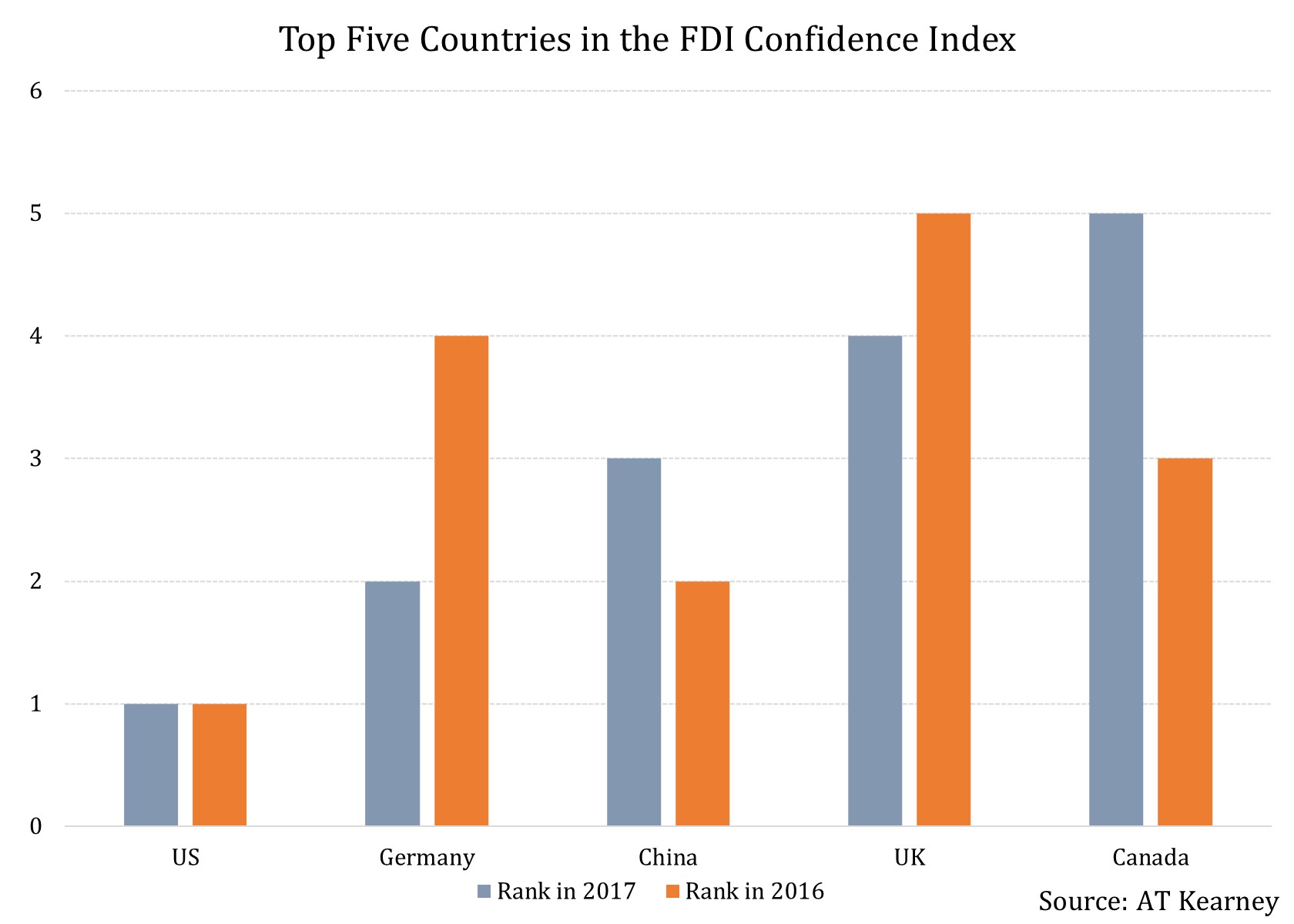 China is the only emerging market among the top five nations in the Index. Developed markets still dominate the Confidence Index and the top five countries went unchanged from the previous year — even though the ranks have changed a bit.

The report noted, “While still dominant as investment destinations, this year marks a reversal of a five-year trend in which developed markets’ share in the Index rose each year.” The Confidence Index ranks 25 countries. Of these, 80% were developed markets in last year’s index. This has dropped to 72% in 2017.

Emerging markets had formed only a fifth of the Confidence Index in 2016 – a historical low. This year, however, they form 28% of the 25 ranked countries. This interest shows signs of a clear increase in risk appetite.

Apart from China, the only other emerging market country to find a place among the top ten investment destinations is India.

The report identifies “significant changes” in the rankings below the top five spots. Let’s look at these changes in the next article.

This is post 1 of 4 in the series “May the Flows Be With You: Emerging and Frontier Markets See Heightened Interest”