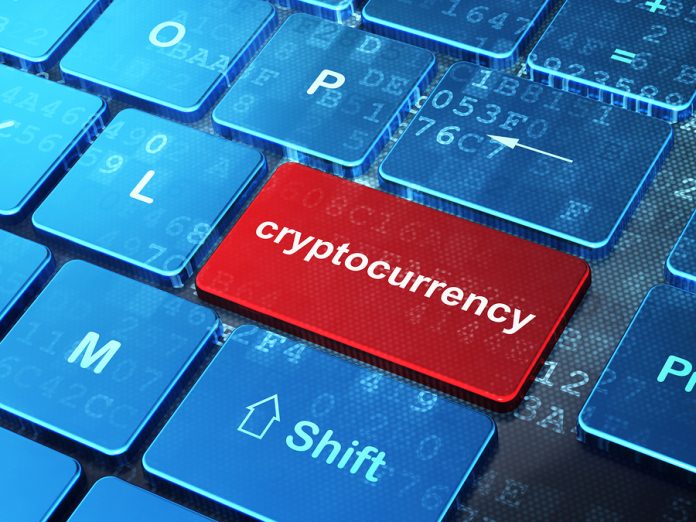 Is it a currency? Is it a piece of software? Is it more like an equity? And if it is an equity, does that mean it should be regulated like any other security?

The U.S. Securities and Exchange Commission (SEC) recently weighed in…

How regulators like the SEC define and treat cryptocurrencies is important because it affects both the value of cryptocurrencies, and how likely it is that blockchain technology will thrive in a particular jurisdiction.

For example, if a country’s regulatory body decides that cryptocurrencies should be banned, then this will drag down prices (depending on the size of the country) and blockchain technology companies will avoid setting up shop or investing there – they won’t feel welcome.

The SEC has been notably quiet on the subject of cryptocurrencies. Other regulatory bodies and governments, primarily in Asia, have been extremely proactive in outlining how they will treat and regulate bitcoin and cryptocurrencies as an asset class.

Now, it looks like the SEC is on the ball.

Earlier this week, the SEC issued the results of an investigative report into the details surrounding a cryptocurrency initial coin offering (ICO) called the “DAO” in the first half of 2016.

An ICO is when a new cryptocurrency token is offered for sale to the public, similar to an initial public offering (IPO) in the stock market.

The DAO intended to be a fully decentralised cryptocurrency venture capital fund. It would raise money (in the form of a cryptocurrency called ether), issuing DAO tokens in return. It would then allocate those raised ether funds to various business ventures by way of voting amongst the DAO token holders.

The DAO raised US$150 million worth of ether from some 11,000 investors. But then disaster struck. Despite assertions that the DAO’s code had been analysed by “one of the world’s leading security audit companies” and that “no stone was left unturned during those five whole days of security analysis”, DAO was hacked. US$50 million of ether was stolen.

The SEC’s investigative report wasn’t about trying to identify the culprit behind the attack. Instead, it was focused on whether or not DAO tokens constituted a security (that is, a stock) and should therefore be regulated under existing securities laws.

The straightforward answer is maybe. The fact is, every cryptocurrency token has its own attributes.

As the SEC report put it:

“U.S. federal securities law may apply to various activities, including distributed ledger technology, depending on the particular facts and circumstances, without regard to the form of the organization or technology used to effectuate a particular [cryptocurrency] offer or sale.”

In other words, it just depends. But on what?

To answer that, we turn to the “Howey Test”, which was created by the Supreme Court as a means of determining whether certain transactions qualify as “investment contracts”.

[The test refers to a precedent from a case the SEC levied against Florida companies W. J. Howey Co. and Howey-in-the-Hills Service, Inc. that sought to determine whether or not a particular land-related deal constituted an “investment contract” under the Securities Act of 1933.]

If certain transactions meet the criteria, then they are deemed “securities” and subject to a raft of regulatory requirements.

Without going through all the checks, I’ll just include some of the pertinent ones that the SEC included in its report.

2) …with a reasonable expectation of profit…

The DAO was a for-profit entity that sought to fund projects, targeting a return on its investment. These positive returns constitute “profit” in that it would have increased the value of the DAO tokens.

3) …derived from the managerial efforts of others.

Given the marketing and active engagement with the community from the DAO founders, investors in the DAO had a reasonable expectation that these individuals would provide management and oversight of the entity.

So, investing money (cryptocurrencies included) in a token with an expectation of profit (dividend or simple value increase) derived from the managerial efforts of other people points to a cryptocurrency being a security, and that it’s required to be regulated as such.

The report was a warning. The SEC stated that charges would not be brought against anybody involved with the DAO. But that the report serves to “caution the industry and market participants”.

Given that there are no charges to be brought against the DAO, it’s likely that existing cryptocurrencies are safe from securities regulation for now, although that won’t be the case for long. The primary focus of the SEC will be newcomers to the market, with the starting point being the “Howey Test” criteria, some of which are listed above.

There has been little to no impact on the broader cryptocurrency market from this report from the SEC. As someone who’s personally been involved in the cryptocurrency token distribution process, the “Howey Test” is already a key component of any legal diligence on a cryptocurrency.

However, some cryptocurrencies are flying a little too close to the sun, especially those that specify dividend-style payouts for token holders. The SEC is very clear that just because something is “virtual”, it doesn’t exempt it from being a security.

And when cryptocurrencies inevitably start falling under SEC jurisdiction, investors (particularly U.S. investors) will need to ensure that whatever they are buying is compliant with U.S. securities laws.

So you shouldn’t invest in cyrptocurrencies on the assumption that they aren’t (or won’t ever) be deemed securities. And when you evaluate different blockchain companies that issue their own cryptocurrencies, check the characteristics against those “Howey Test” criteria.

SEC regulation was always expected to occur sooner or later, and this SEC report didn’t contain anything out of the ordinary – it really just reiterated the criteria with which cyrptocurrencies will be measured with when it comes to regulation.

But I suspect we will start to see more global cryptocurrency offerings that specifically prohibit U.S. investors because nobody likes having to deal with U.S. regulations if they can avoid it.

Still, I don’t envision this having any big impacts on general cryptocurrency prices in the immediate future.

Tama-Richard Churchouse is a Lead Analyst at Stansberry Churchouse Research.