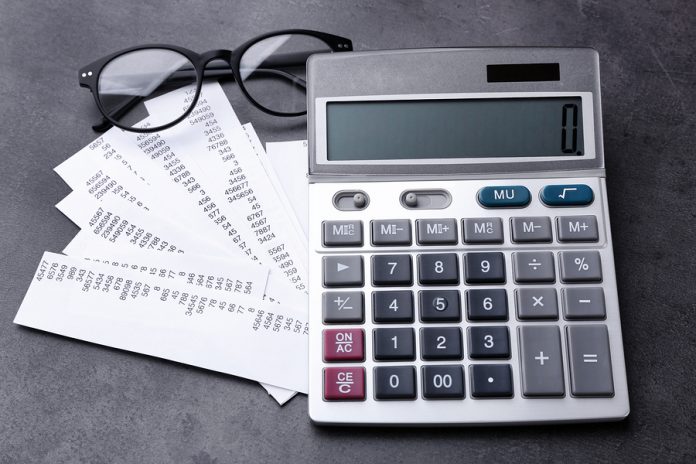 The Europe, Middle East, & Africa (EMEA) region is well represented in the Financial Complexity Index for 2017, with 50 of 94 total countries from the geography. The Index, prepared by the Netherlands-based TMF Group, ranks countries on the basis of the complexity of their accounting and tax compliance frameworks.

Four countries from EMEA had made it to the top 10 list of most complex jurisdictions. Interestingly, the region has dominated the top 10 simplest list as well, with half of these countries belonging to the region. The five nations are: the United Arab Emirates (UAE), Jersey, Kosovo, Switzerland, and Qatar.

After viewing the top ten countries with the least complicated tax and accounting frameworks in the previous article, the following is a closer look at the top two systems from the region. In order to add another dimension to the analysis, we have also included each countries ranking in the World Bank’s Doing Business report.

Please keep in mind that the lower a nation is ranked in the Complexity Index, the simpler its tax and accounting system. 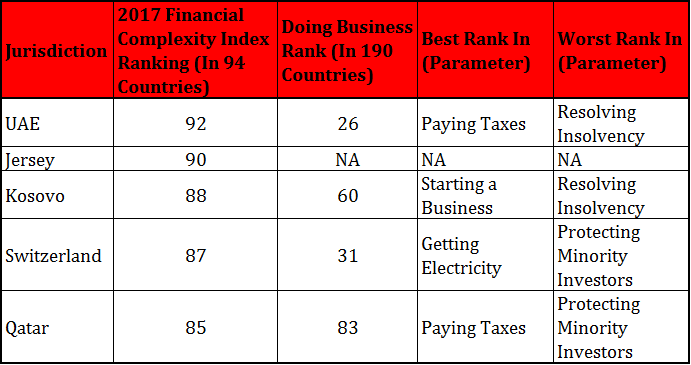 We’ve already undertaken an overview of the factors which make the UAE the simplest jurisdiction in EMEA.

Apart from it being a nil-tax country, the UAE is a notable international financial center and is in a convenient time zone, the Complexity Index report noted.

The UAE is also a good place to do business, ranking 26th in the world according to the Doing Business report. On the ‘paying taxes’ parameter, the country is the best in the world and ranks within the top 10 on ‘protecting minority investors.’

However, the Complexity Index report was not positive about the simplicity of the country’s tax system going forward. It noted that VAT will be implemented from the beginning of 2018, making accounting more complex because of tax compliance necessities.

Time will tell if its superior ranking takes a hit because of this measure.

Jersey is not ranked by the World Bank in its Doing Business report, thus restricting us to the assessment of only its tax and accounting structure based on the observations made by the TMF Group.

The Group notes that though accounts are maintained and annual accounts are required to be made and ratified by directors or trustees, the laws allow for flexibility in the format of accounts and details included. The only direction provided is to apply the adopted accounting standard consistently. Further, private companies are generally exempt from audits.

The Group does not anticipate any changes to those sections of the Jersey Company and Trust law which impacts the accounting requirements.