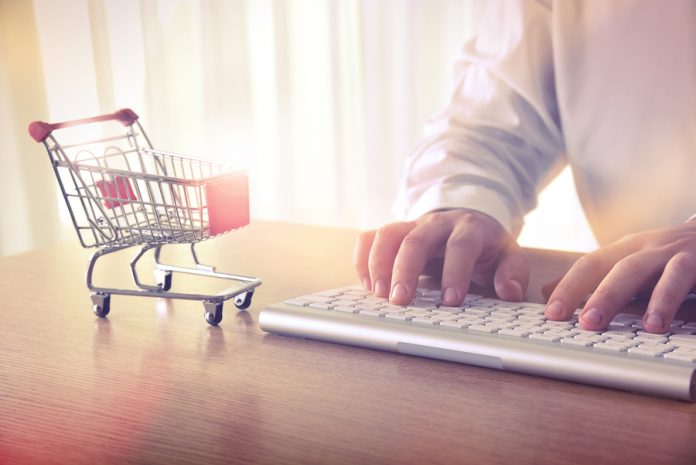 US negotiators in talks over the North American Free Trade Agreement (NAFTA) are pushing their Canadian and Mexican counterparts to significantly raise their limits on international goods that citizens can purchase online free of tax. Global consumer trends indicate rapidly increasing demand for online retail goods, but this change could also put many traditional retailers out of business, creating a complex political decision for all three leaders.

US consumers can purchase goods online free of tax for up to $800 – while Canadian and Mexican consumers must pay a significant tax for online orders of international goods above $16 and $50, respectively. This can push up the cost, even doubling it in some cases, discouraging consumers from purchasing goods unavailable in their home countries.

The US, most likely recognizing the exponential growth of the online retail industry and the high proportion of US companies leading this growth, is pushing for its partners to make it easier for online orders to flow across North America. Canada and Mexico have been resistant. Various domestic industries have voiced concerns that enabling more consumers to skip bricks-and-mortar stores would put them out of business.

In 2016, the global e-commerce industry stood at nearly $2 trillion dollars, with North America accounting for about 21 percent. The Canadian and Mexican online retail markets remain immature as compared to the US, but both have more than doubled in the past five years, despite tax barriers.

Free trade aims to eliminate barriers to the flow of goods across borders and harmonize regulations to ensure fair competition. Canada and Mexico keeping their duty-free levels so low in comparison to the US can be interpreted as protectionism. But the growth of online retailers is a natural evolution of the industry. Maintaining strict limits on duty-free purchases may be delaying the inevitable.

Some win, some lose

Opening the doors for Canadians and Mexicans to affordably purchase more international products online would disproportionately benefit the American retail industry. Of the top ten largest global online retailers, five are based in the United States and none in Canada or Mexico.  The C.D. Howe Institute estimates that if Canada and Mexico increased the duty-free threshold to just $200 dollars, this could generate an additional $508 million and $86 million for their economies, respectively. 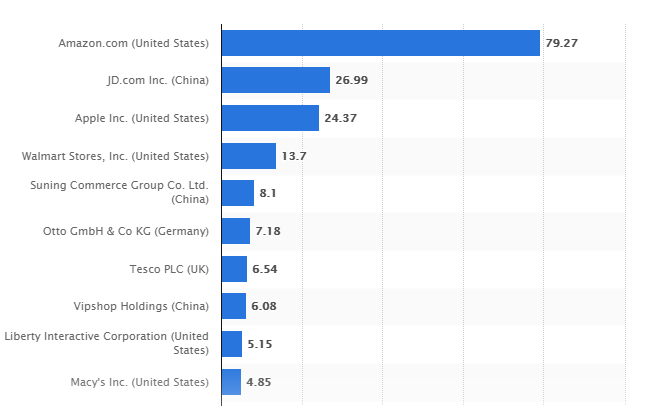 A boom in online sales from these countries would open up new markets for small and medium size retailers that typically lack the scale to reach international markets.

Similarly, the change would allow small businesses in Canada and Mexico that sometimes purchase supplies from the US to do so more frequently, and would empower remote communities. Residents of Iqaluit,the capital of Canada’s remote Nunavut province, increasingly use Amazon Prime to acquire products that are unavailable or too expensive via government programs.

However, the change could also inadvertently hurt traditional retailers. It would allow suppliers from countries with even cheaper labor, such as China and Vietnam, to flood the market with cheap goods, in bulk, that could still price in under the new limit. The domestic Canadian and Mexican retail industry is still largely dominated by brick and mortar retailers, meaning they would struggle to compete on cost and convenience under this new scenario.

This proposal should spur short-term economic growth across the NAFTA bloc. However, as it’s part of a series of controversial US-centric demands for changes to NAFTA, it creates some political scenarios looking out to 2018-2019 that could wipe out any net gains and threaten NAFTA’s survival.

It creates risks for President Donald Trump, given the contradictions between the proposal and his public stances. For one, it largely mirrors the goals included in the Trans-Pacific Partnership, the mega-trade deal that Trump scrapped his first month in office. More specifically, Trump has chastised companies like Amazon for their monopolistic practices and criticized the dumping of cheap goods into the US market by Chinese companies. Both Amazon and the Chinese online retailer, Alibaba, would benefit greatly from this change. If Trump is perceived as supporting a policy that boosts profits for companies already having many advantages in the market, while putting some US retailers and manufacturers out of business, this could anger much of his base.

Andrés Manuel Lopez Obrador (AMLO), a leftist populist, leads the polls for Mexico’s presidency in 2018, and brands himself as the anti-Trump figure who will protect Mexico’s dignity and counter Trump’s policies. AMLO is already highly critical of many aspects of NAFTA. The mere fact that Trump has proposed this US-centric package of demands for changes to NAFTA could embolden AMLO, if victorious, to enact a comprehensive set of protectionist policies to defend against what he will assert as an assault on Mexican industries. 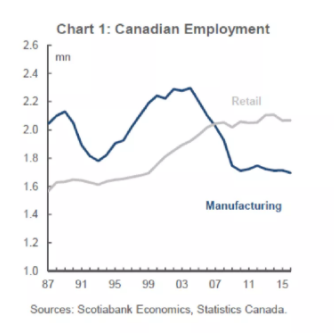 Canadian PM Justin Trudeau presides over a healthy economy, with Canada forecastto lead the Group of Seven in economic growth this year and the consumer confidence index at an 11-month high as of July. Trudeau does not face reelection until 2019. But although he supports NAFTA as a whole, he will likely be wary of granting any specific concessions that could harm traditional industries, such as retail, that have been critical to economic growth, and risk angering the labor groups that constitute a large portion of his political base.

A renegotiated NAFTA will likely have to include some increase in Canada and Mexico’s duty-free limit. A healthy free trade agreement cannot have some industries open and others protected. The current discrepancy across the three countries is too large and the domestic demand for online goods too strong for Canada and Mexico to maintain the status quo.

However, each leader will operate under two constraints when it comes to any agreed-upon change: creating net economic benefit for their country and preventing harm to the principal constituencies that put them in power.

Samuel Schofield is a Contributing Analyst at Global Risk Insights. As originally appears at: http://globalriskinsights.com/2017/11/nafta-e-commerce-changes/