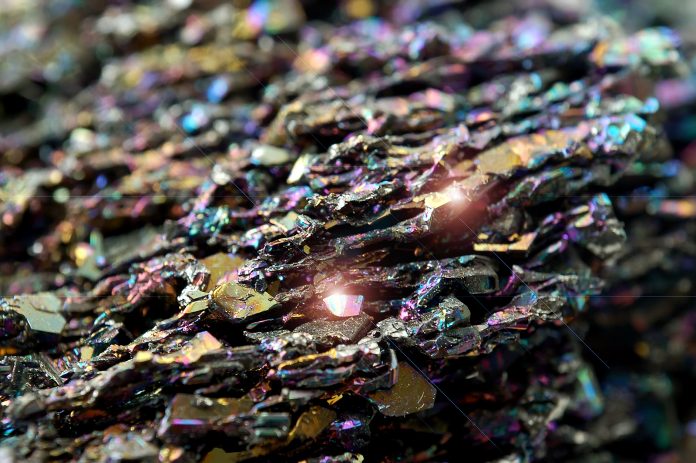 A regulation credited with promoting greater supply chain transparency appears to have been weakened, and may eventually be repealed.

Republicans are stepping up efforts to overturn a regulation requiring publicly traded companies in the US to reduce the risk of ‘conflict minerals’ entering their supply chains, despite evidence that the measure is helping to break the link between mining and human rights abuses in central Africa.

Under the legislation, the so-called conflict minerals rule, US listed companies are required to undertake measures that enable them to disclose whether goods such as jewellery and electronic devices are free of the following minerals linked to militants in the Democratic Republic of Congo or adjoining countries: gold, coltan, cassiterite and wolframite or the derivatives of the latter three, tantalum, tin and tungsten, respectively. The rule also extends to any other mineral or its derivative determined by the US government to be financing conflict in central Africa.

DRC has been riven by civil war and instability for decades, fuelled by struggles for control of the country’s vast natural resources.  Supporters of the conflict minerals rule say it has led to an expansion of regulated DRC mines and schemes tracing the origin of minerals in the region. They argue that the regulation is necessary to alert investors to the risk of minerals associated with violence finding their way into goods.

Listed companies using conflict minerals must submit to the regulator the Securities and Exchange Commission (SEC) an annual report disclosing the results of country-of-origin checks to determine whether the minerals come from central Africa or from recycled or scrap sources.  If their inquiries indicate that they source conflict minerals from DRC or neighbouring countries, companies must also conduct – and report on – due diligence procedures aimed at lessening the risk of minerals funding the activities of militants entering their supply chains.

With the Trump administration keen to reform Dodd Frank regulations, enacted in the wake of the global financial crisis, Republicans have focused particular attention on the conflict minerals rule, which has in the past faced legal challenges from industry groups. Critics of Section 1502 of the Dodd Frank Act argue that the SEC is not the appropriate agency for addressing natural resource issues in central Africa. Some also claim that the provision has ramped up compliance costs; led to boycotts of minerals from the region; and not reduced the power of warlords in the DRC. Supporters of the regulation refute these assertions.

In February, news reports suggested that the Trump administration was considering a two-year suspension of Section 1502, and it has subsequently faced further threats.

On April 3, the US District Court for the District of Columbia issued a final judgment on the constitutionality of the regulation in a long-running case. It ruled that it violates the First Amendment right of free speech because it compels firms to disclose if any of their products are not “DRC conflict free”. The court called on the SEC to consider the judgment.

Several days later, the then acting-Chairman of the SEC, Republican Michael Piwowar, issued a statement which appears to have resulted in the suspension of a key element of the conflict minerals rule. He said the primary function of its due diligence procedure requirements is to make a disclosure that has been found to be unconstitutional. He added that in light of the “regulatory uncertainties, until these issues are resolved, it is difficult to conceive of a circumstance that would counsel in favour of enforcing” due diligence measures. A separate statement from the SEC Division of Corporate Finance said that it will “not recommend enforcement action” against companies that confine their SEC disclosures to setting out country-of-origin checks and results.

Congressional Democrats described Piwowar’s move as a “dangerous precedent” and urged an investigation into whether he exceeded his authority. A SEC inquiry found no evidence of abuse of power.

Then in June, the Republican-controlled lower house of Congress passed the Financial CHOICE Act, intended to overhaul the country’s financial regulations, with the repeal of the conflict minerals rule firmly in its sights.  And last month, the House backed a government spending bill that included a Republican amendment cutting off funding to “implement, administer, or enforce” the regulation, which would effectively pause it for a year.

While both proposed laws are now set for Senate consideration, the SEC’s new stance on the enforcement of the conflict minerals rule still appears to be in place. In late August high-ranking Democratic lawmakers, Maxine Waters and Gwen Moore, wrote to the SEC Chairman Jay Clayton, urging him to ensure that the due diligence reporting requirements of the regulation are enforced, describing the regulator’s “non-enforcement position” as “misguided and irresponsible”.  They suggested that companies could face significant reputational risk if the SEC stance led to a reduction in supply chain transparency.

The legislators noted that the Dodd Frank provision is having a positive impact on the sourcing of DRC minerals, pointing out a number of advances. As of April, a regional monitoring programme had validated 420 mines as conflict-free in eastern DRC. A UN report in May last year revealed that a “traceability system for tin, tantalum and tungsten is becoming increasingly embedded in the country’s mining governance”. And, as of August, 79 per cent of tin, tantalum, tungsten and gold refiners/smelters worldwide had passed independent audits assessing whether they conduct responsible mineral procurement.

Nonetheless, businesses appear split on the merits of the conflict minerals rule. Prior to his April statement, Piwowar launched a public consultation over its future, revealing sharp divisions among industry groups, according to the online publication ChemicalWatch, which monitors chemicals-related legislation.

It is too early to say whether the SEC position on enforcement of Section 1502 of the Dodd Frank Act has altered company policies.  The NGO Development International’s latest study of firms’ annual SEC filings concluded that the majority remain committed to conflict minerals due diligence.  A note of caution, however, is that these reports largely covered the period before the regulator changed its enforcement stance. The NGO‘s findings also revealed that over 60 per cent of those who conducted due diligence were unable to tell whether the minerals they sourced were linked to conflict in the DRC.  Similar problems were encountered with SEC disclosures in previous years.

Companies clearly need to significantly improve their due diligence procedures. But given the SEC’s current position on the conflict minerals rule, and its possible repeal, firms may start to roll back on supply chain transparency. That could expose them to reputational risks as DRC-based and international NGOs are likely to increase their scrutiny of sourcing practices.