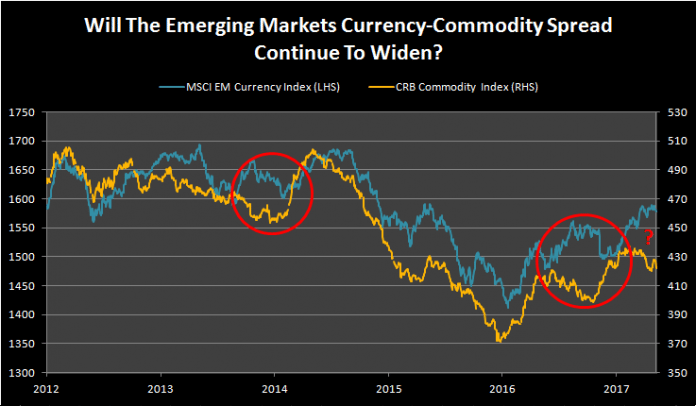 The last five-years have seen emerging market (EEM) (VWO) currencies and commodities moving largely in sync (see chart below); with commodities placing themselves as a leading indicator in the equation. As can be seen in the chart below, the commodity plunge in mid-2014 was shortly followed by a downswing in emerging market currencies. Moreover, the currency-commodity spread has never remained very wide for long. 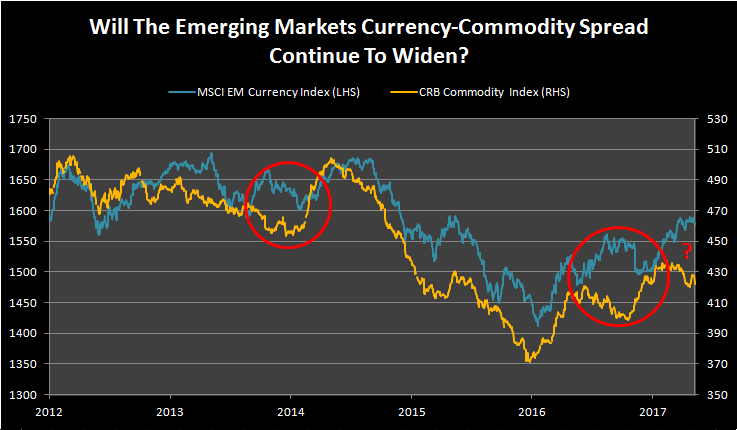 Commodities are closely related to many emerging markets, as a majority of these economies are commodity driven. For instance:

Will the spread continue to widen?

Coming back to the chart above, notice the behavior of the spread between the currency and commodity index over the past five years. The spread between the two indices always seems to narrow after widening to some extent. We’re seeing a similar spread forming currently between these indices (as indicated by the ‘?’ mark in the image). What remains to be seen is: will this spread continue to widen, OR, is this the beginning of a reversal?