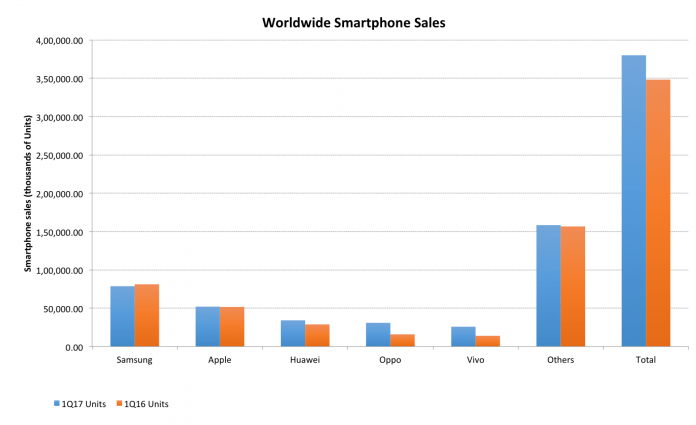 Apple and Samsung report drop in sales in Q1 2017

In Q1 2017, global smartphone (FONE) sales expanded 9.1% to 380 million units according to a report by market research firm Gartner. The report also showed shifting of buyer preferences towards spending more on features, thereby resulting in a rise in average selling prices of smartphones. 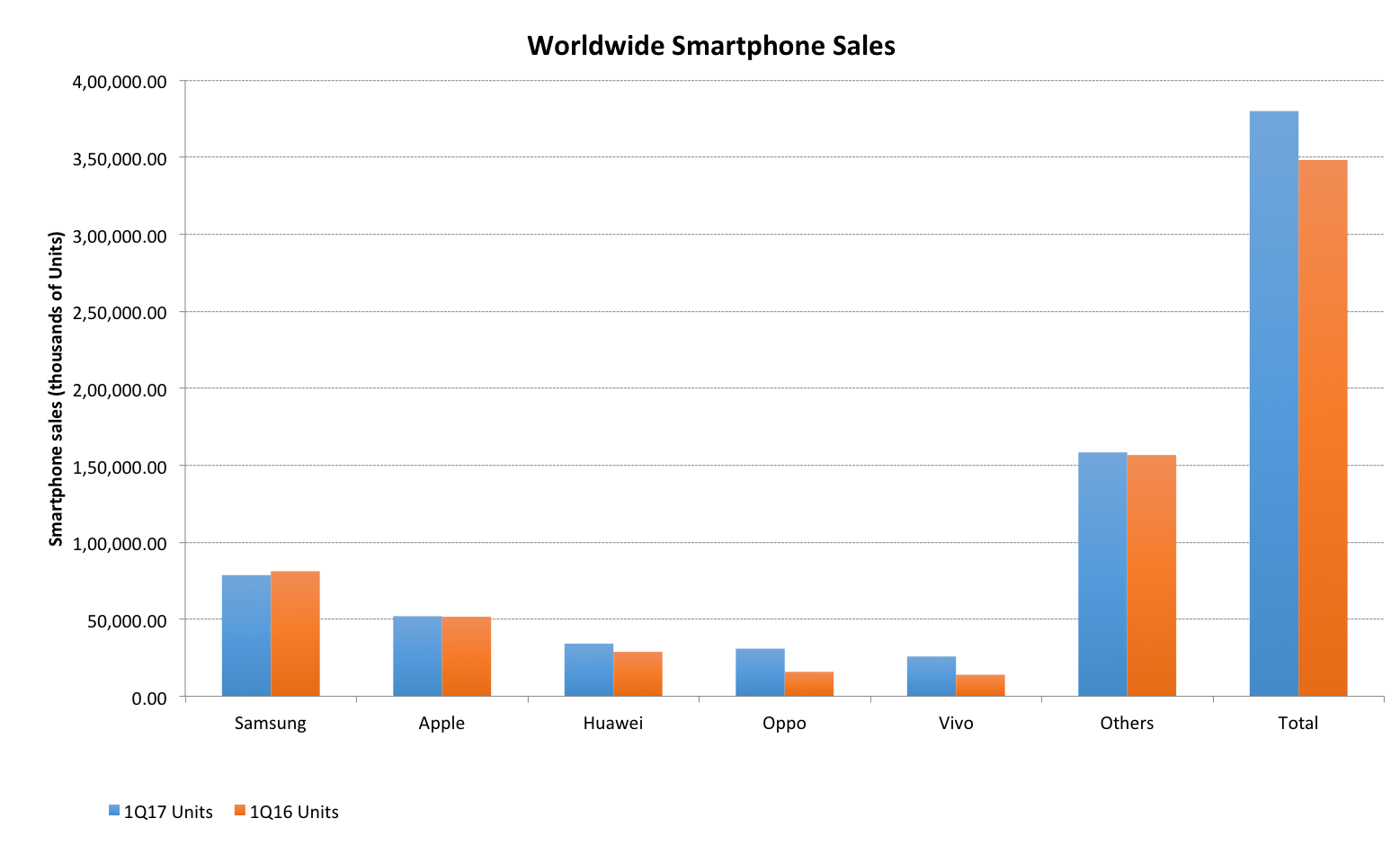 Sales of Apple’s (AAPL) iPhones were relatively flat year over year at 51.9 million units. Samsung (005930.KS), the global market leader was hit harder as sales of its smartphones declined 3.1% year over year. Anshul Gupta of Gartner said in a report, “Although Samsung announced that preorders for the Galaxy S8 and S8 Plus are up 30 percent year over year, the absence of an alternative to Note 7 and the fierce competition in the basic smartphone segment are leading Samsung to continuously lose market share.” Further, intensifying competition from Chinese branded smartphones is challenging Samsung and Apple.

Huawei reported sales of 34 million units in Q1 2017 equating to growth of 18% year over year. Huawei is currently the third biggest smartphone manufacturer globally in terms of units sold. Among Chinese phone manufacturers, Oppo increased sales volume the most, with unit sales up 94.6% to 30.9 million over a period of one year.  Oppo is currently the market leader in China, the largest smartphone market in the world.

In this series, we will study the global smartphone industry and the biggest players in the market. We will also gain a better understanding of the factors driving market share of Chinese phones and Apple’s strategy to counter attack. Further, we will also assess the smartphone stocks that are attractive in the current scenario.