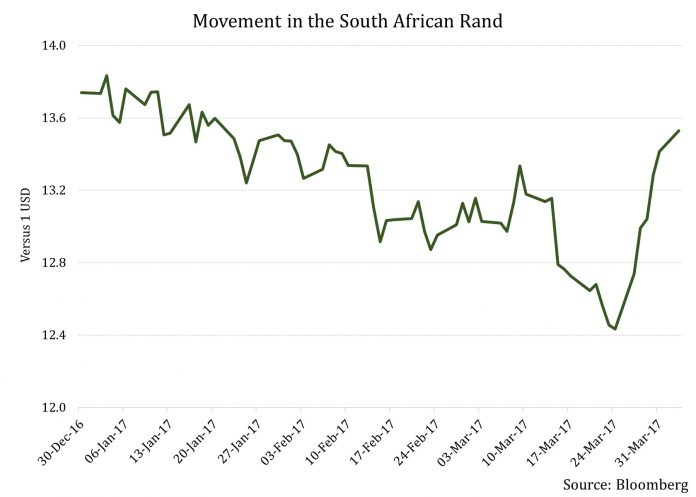 It’s all downhill for now

It’s been a tough week for the South African rand. And the bad times don’t seem to be going away soon. After declining ~7% in the week until March 31, the rand has continued to decline in the beginning of this week as well. A credit rating downgrade on April 3 has pushed the currency down to an over two-month low. The sharp uptick in graph shows the weakening rand vis-à-vis the US dollar.

At this juncture, assurances by the new finance chief have done little to support the currency. 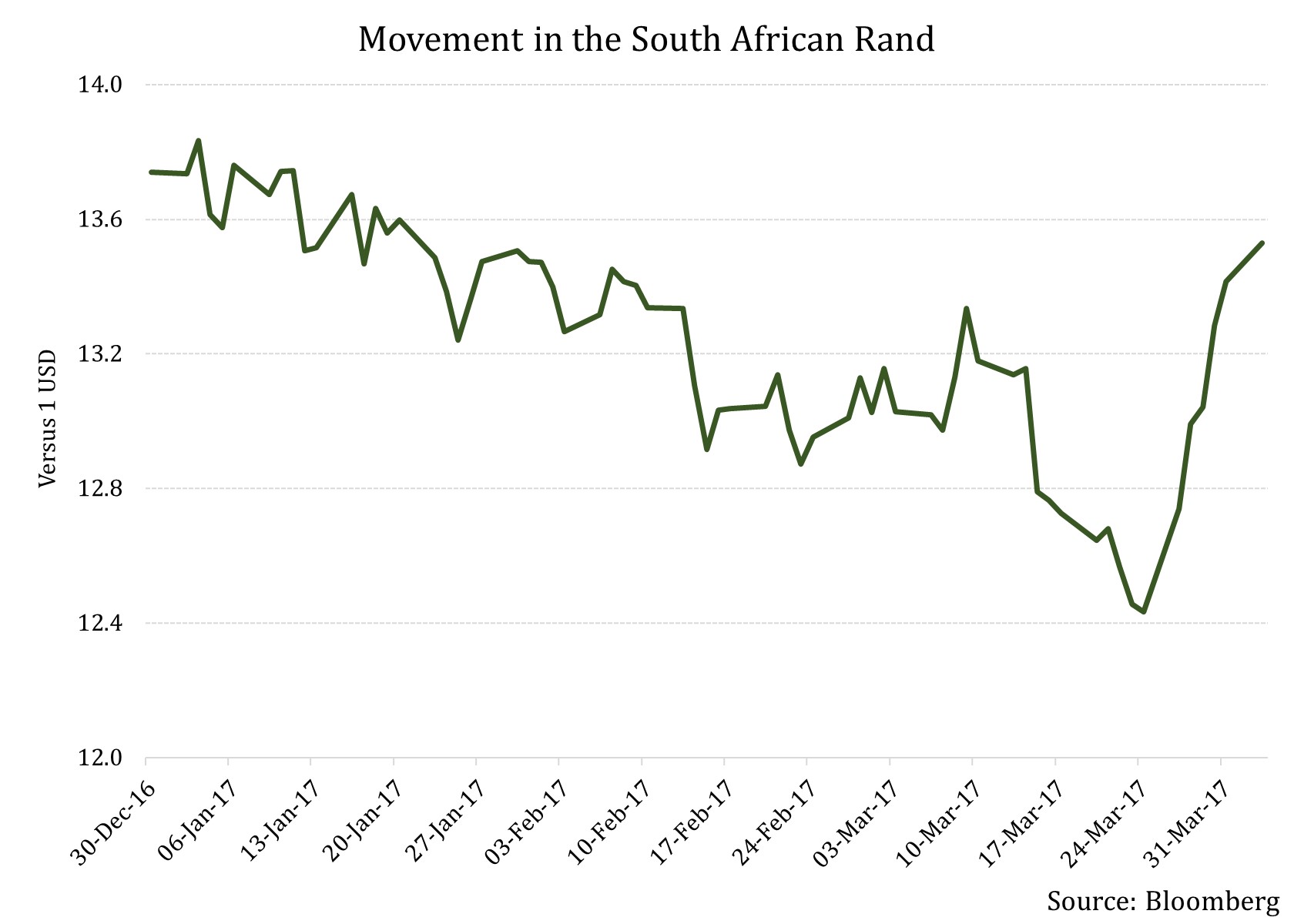 After the unceremonious sacking of former finance minister Pravin Gordhan – he and his deputy Mcebisi Jonas were hurriedly called back from an investment promotion roadshow – Malusi Gigaba, former home affairs minister, was appointed as the finance minister.

Post taking over the reins of the finance ministry, Gigaba called for a radical transformation of the economy on April 1. He opined that the treasury has for long seen to be available only for “big business, powerful interests and international investors,” an aspect he wants to change as “This is a people’s government.”

Calls for the aforementioned and other reforms seem to be good in theory, but have had no soothing impact on the sliding rand.

Reasons for the continued decline

The broader reason for the decline in the South African rand is the political turmoil that the country is undergoing, whose possible macroeconomic implications have resulted into a credit rating downgrade. The currency markets are reflective of an immediate reaction from the international community in terms of the confidence they have on the state of an economy and its financial assets.

More specifically, investors – at home and abroad – are worried about the appointment of Gigaba, who is seen as a close ally of President Jacob Zuma. Further, he has no experience in business or finance.

His predecessor Gordhan was well respected and seen as a strong figure with the ability to manage the Treasury and government finances. In the past, he had blocked calls by Zuma to increase government spending.

Hence, the appointment of an ally makes investors feel that Zuma wants more agreeable people on board in order to push his financial agenda, which may not necessarily be in the best interests of the country. The rand may see further declines in the short-term.

But it’s not just the rand which may feel the heat. In the next article, let’s look at other aspects of South Africa which can get hurt due to this political turmoil.