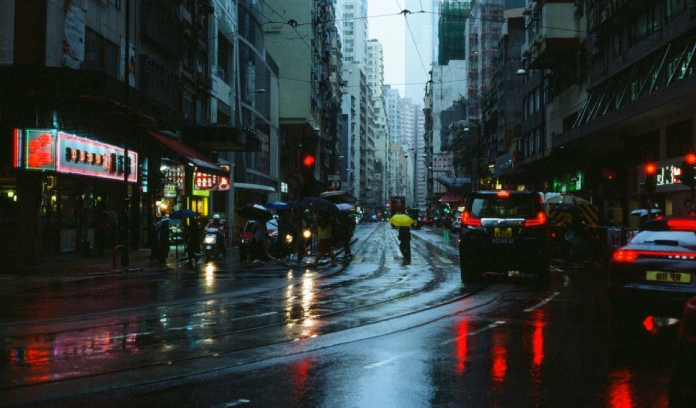 Hong Kong’s economy is set to contract even further in 2020 as businesses suffer the combined impacts of the Covid-19 outbreak and the ongoing pro-democracy movement. Tourism, retail and consumer sectors will be hit the hardest as the autonomous region continues to grapple with its crisis response. Travel restrictions and the discontinuation of flight routes will erode over 50% of visitor traffic coming from the mainland in the coming months.Meanwhile, American Airlines has suspended all flights to the region through February 20. Initial projections expect 40% of hotel staff to be axed with additional cutbacks from tour operators and retail stores set to cost over 6000 jobs.

Strikes from medical workers are beginning to take its toll as well with over 9000 doctors, nurses and other frontline medical staff walking out on February 4 in a bid to force a closure of the SAR’s border with the mainland. Additionally, the Hospital Authority Employees Alliance has threatened to escalate its agitations. The 9000 strong walkout already represents over 10% of all public hospital employees and any increase in turnout is likely to strain an already burdened healthcare system.

The situation has not been helped by the death of Hong Kong’s first Covid-19 patient. This development has begun to stoke increased sinophobia on popular internet forums. Already, pro-democracy protest organizers are co-opting grievances at the government’s handling of the disease outbreak into their own platform, instigating for additional strikes and demonstrations as a response. The increased unemployment from the tourism sector’s downturn supplies the movement with an increasing number of disaffected individuals looking to air their grievances. Social media sentiment regarding the government has become increasingly critical. 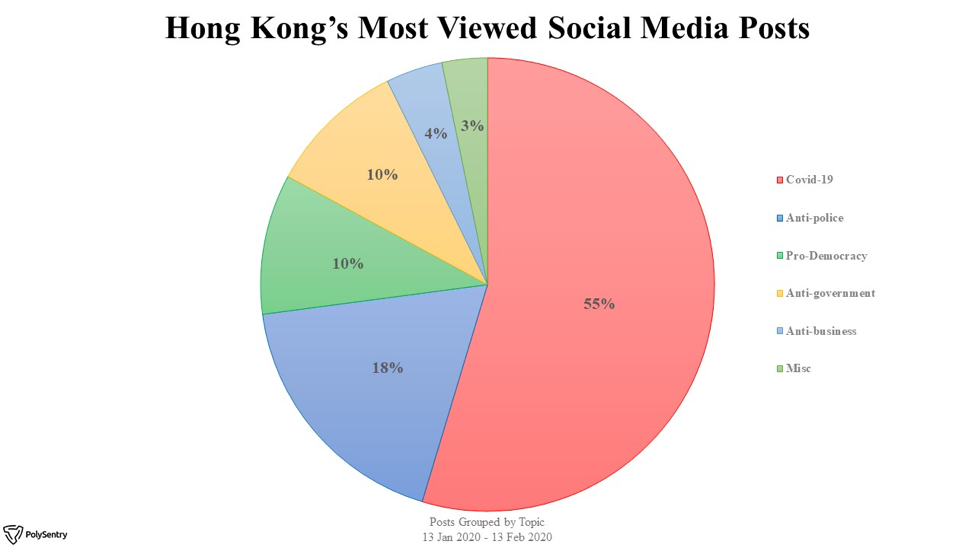 Analysis of the top trending posts on Hong Kong over the past 30 days reveal that 55% of all posts are critical of the government/China’s handling of the Covid-19 outbreak. In fact, excluding pro-democracy and miscellaneous outputs,  87% of all social media chatter continues to be dominated by anti-establishment sentiment. The virus outbreak shows no signs of abating this trend. 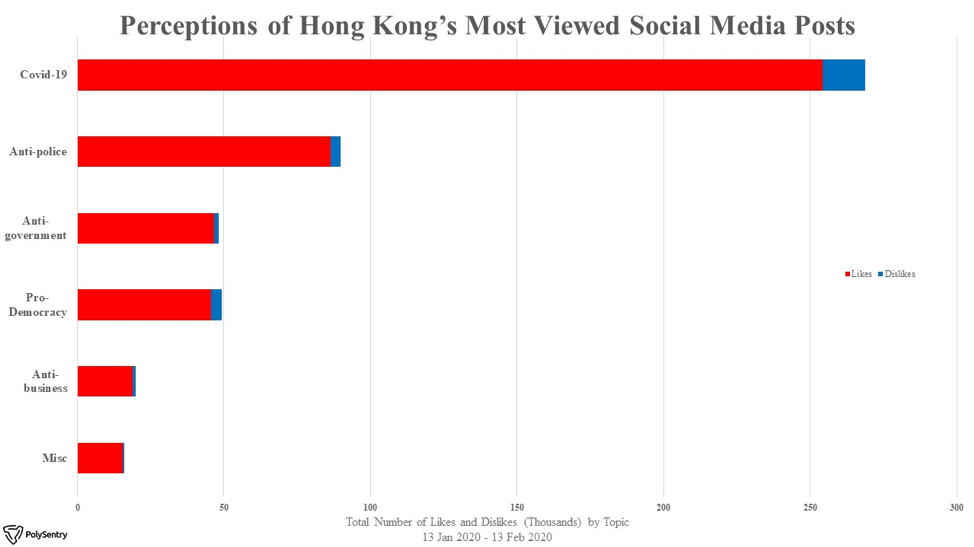 To confirm the authenticity of this negative sentiment, further data was collated on the like to dislike ratios of these posts, determining that an overwhelming majority of users continue to affirm their content/messages. This is further indication of deepening support for these anti-establishment messages. 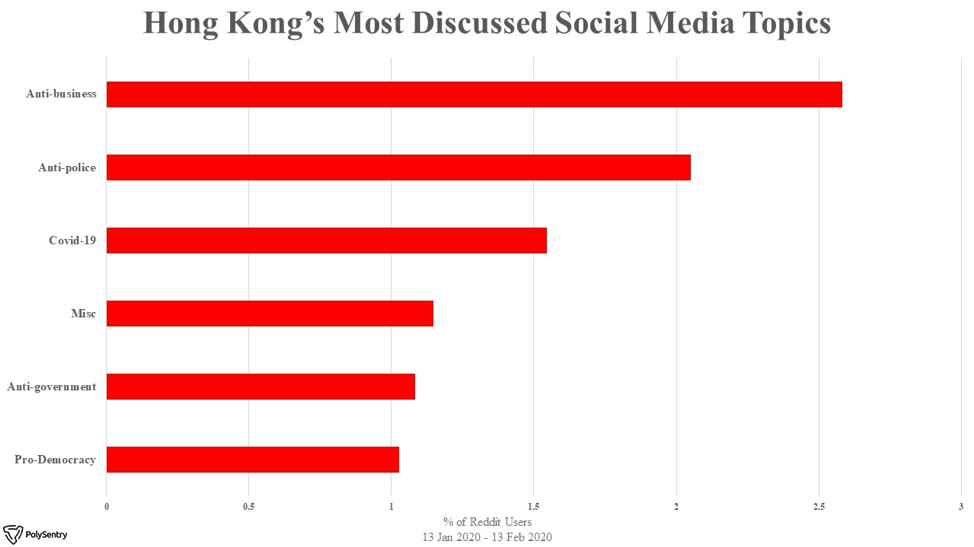 An interesting trend emerges when comparing discussion ratios. Discussion ratio is defined as the proportion of users who leave a comment discussing the issue. These comments could either be positive or negative, however the majority of comments so far have expressed a negative sentiment regarding the issues and affirm the original posts. It is clear that the most discussed posts over the past 30 days have been anti-business. These posts encompass a variety of cartoons/photos of firms and chief executives deemed to be in support of the government/China. It is clear that the public is maintaining keen interest in the corporate sector’s perceived involvement in the current crisis.

The qualitative evidence highlights an increasingly destabilized situation due to the outbreak of Covid-19. Meanwhile, preliminary quantitative analysis of social media posts show that while the Covid-19 outbreak has become the most visible topic, anti-business sentiment remains the subject of greatest discussion. The inevitable layoffs and economic contractions associated with the Covid-19 outbreak will do little to shift the spotlight away from businesses in Hong Kong. Firms are bracing for a turbulent quarter ahead.