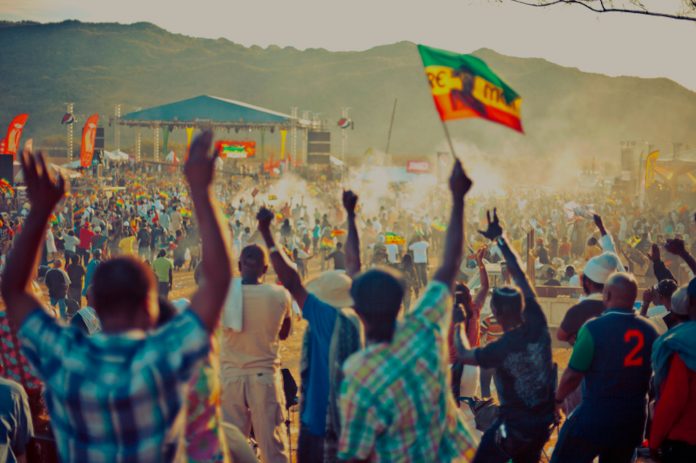 Jamaica was the toast of frontier investors at the New Year.

Heineken’s buyout of Red Stripe’s brewer sent shares of Desnos & Geddess jumping 500%, focusing minds on one of the cheapest markets relative to rising earnings. As assets dived globally, Jamaica led the opposite way with a near doubling in shares for 2015. The owner of the stock exchange had the biggest rally at 1,500%.

But the party ended last weekend when Jamaicans voted out the government of Portia Simpson Miller, the prime minister who won investor confidence through her steering of an International Monetary Fund aid program and debt restructuring.

Rebelling against the austerity that came with the package, Jamaicans have voted for an alternative vision from Andrew Holness, the leader of the Jamaica Labour Party (JLP), with his decidedly un-austere 10-point plan.

Not only will he relieve three-quarters of the population from the burden of having to pay income tax, he’ll also create 250,000 new jobs. This is in a country where only 188,000 are unemployed.

Miller calls it the ‘10-point con’. Despite Holness’s insistence to the contrary, many economists predict his policies will trigger a breakdown in the IMF program, unwinding the basis for much of the goodwill from foreign investors.

Of course, Jamaicans aren’t alone in rejecting austerity. It mirrors the mood sweeping the (now not so) rich world.

While Miller – the island’s the first female head of state – can claim success in ‘bringing back’ a country from the verge of economic collapse and driving inflation to a 48-year low, the population has paid a heavy price.

Debt repayments have sucked more than half of government spending, leaving a quarter for state employee wages and just 20% for all other spending, from education to health and security. As a result, public sector jobs have been slashed, with another wave of cuts imminent. Youth unemployment is at 38%.

Holness countered Miller’s draconian austerity with great hope. Jamaica will become the ‘Silicon Valley’ of the Caribbean. The JLP will deliver a substantial stimulus package while avoiding any tensions with the IMF, he pledged.

But it would take a giant leap of faith to imagine he can achieve anything approaching this.

Despite claiming a commitment to adhere to the IMF plan, Holness openly disparages the program. With the current four-year IMF loan package expiring next year, it’s hard to envisage a fresh agreement coming furnished with generous spending plans.

In contrast to Miller’s ministers – whose open admission of economic troubles was unprecedented amongst West Indian governments – the JLP has a poor track record in convincing the international financial community it’s on their wavelength, having failed to comply with IMF programs of the recent past.

Despite Holness’s election win, the result was far from a convincing sweep. Malaise among the island’s 2.8 million inhabitants produced a low turnout at only 47.6%. The JLP will govern with the narrowest of margins, at 32 constituencies to 31. With such a tenuous balance, it won’t take much to trigger early elections.

For investors, the situation is more binary. Jamaica is struggling with one of the world’s biggest debt burdens, at 92% of gross domestic product, equivalent to wealthy Canada. The government has restructured its bonds twice since 2010.

Ongoing IMF approval will be critical to Jamaica’s standing as the investment community assesses whether its debt load is sustainable.

Here in the Caribbean, we’re watching – and hoping – that jammin’s not a thing of the past.

David and Arésé Pollard run the frontier markets hedge fund, Pollards Et Filles Capital Management, which invests in equities and bonds in the Caribbean and Latin America. Both father and daughter have both worked for international hedge funds and investment banks including Citi, Barclays and Man Group AHL, before founding their firm 10 years ago.