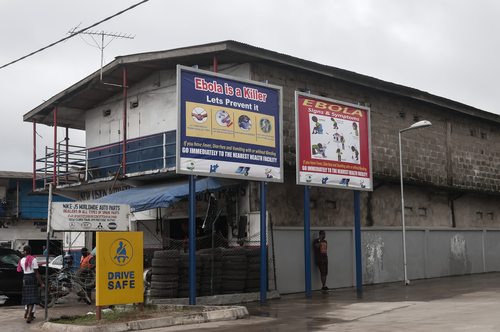 The Ebola Crisis is a pandemic that has captured the world’s attention, and rightfully  so. America’s Centers For Disease Control (CDC) is estimating that about 15,000 cases of Ebola have occurred resulting in over 5000 deaths.  And the images coming out of West Africa are heart wrenching, bodies being dumped in the streets, children being orphaned with no one willing to care for them because of social stigmas associated with Ebola.

Half a world away, two South African brothers recently relocated to Palo Alto, California with their company, Journey Apps, decided that they had seen enough and wanted to help save lives.

They connected with Sam Herring, the Data & Analytics Manager at More Than Me, an NGO working in the community of West Point in Monrovia, Liberia. When many charities fled West Africa due to Ebola, More Than Me re-doubled its efforts to serve the community that it supports.

Together Sam, Philip, and Malan developed an app that nearly instantaneously updates a database of sick individuals, those who have been in contact with Ebola and others in need of support to receive medical, psychological, or social support where it used to take a week just to enter them into a database.

This app allows NGOs like More Than Me to use their resources more efficiently and extend their efforts into more communities.

In the hands of individuals like Sam Herring and the More Than Me team, this app is saving lives.

Listen to the podcast to learn how Philip and Malan built the app – and how Sam is employing it in the field.  After watching, please make sure that you visit www.morethanme.org and www.appsagainstebola