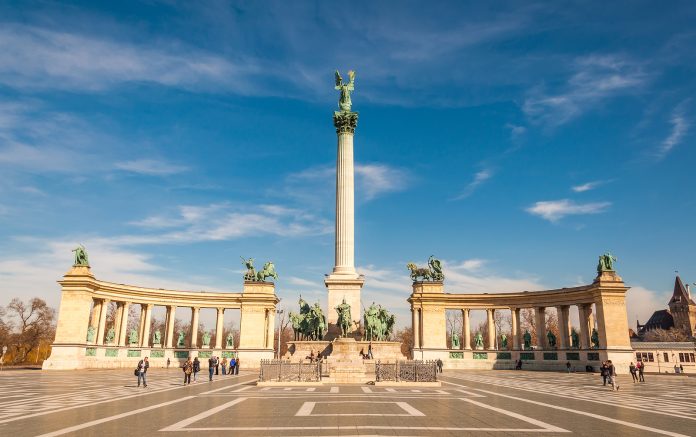 Hungary will feel the impact of change in US trade policy

Among the seven countries we are reviewing in this series, Hungary finds itself at the last spot. It is also the sole Europe country among the top ten  emerging nations most exposed to changes in US trade policy. These nations have been analyzed based on the chart provided by the Institute of International Finance highlighted in the first article of this series.

The chart shows that exports to the US and remittances from Hungarians settled in the US form 6% of the country’s GDP, higher than that of China. Meanwhile, the graph below shows that the US maintains a goods trade deficit with Hungary, and except for 2016, it has grown for six out of the past seven years. 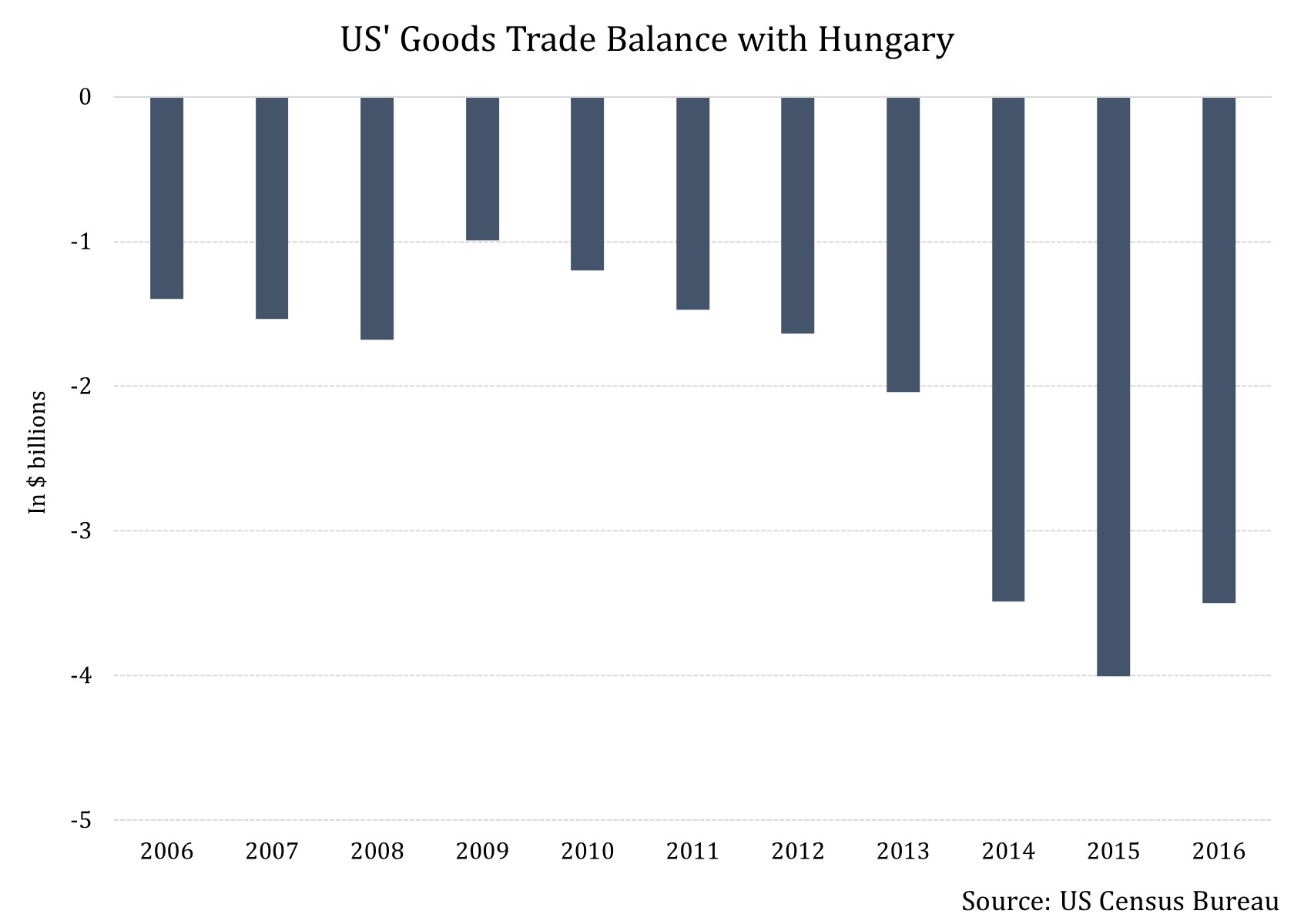 In this sense, Hungary has an clear exposure to changes in US trade policy, but should the country really be worried?

Orban has been a Trump supporter

One factor which works in favor of Hungary is that the goods trade deficit, at $3.5 billion, is not large enough to be of significance for now.

Another factor which helps the country is that Hungary’s Prime Minister Viktor Orban has been a supporter of US President Donald Trump since the early days of the US president’s election campaign. He has supported Trump’s views on immigration and views Trump’s policy to put ‘America first’ as “the end of multilateralism,” as reported by the Associated Press.

At the Lamfalussy Lectures Conference, organized by the Hungarian central bank in January 2017, he was quoted as saying “we have received permission from, if you like, the highest position in the world so we can now also put ourselves in first place.”

Calls for a bilateral trade deal

Orban believes that the TTIP (Transatlantic Trade and Investment Partnership) – the proposed partnership between the European Union and the US – “will not happen” as reported by Hungary’s news agency MTI. He has, instead, called for a bilateral trade pact between the US and Hungary.

Though the US has more pressing matters at hand for now than negotiating bilateral trade agreements, by making this statement, Viktor Orban is showing solidarity towards the new US administration. And even though it remains exposed to changes in US trade policy in numbers, the actual threat may not be as high.