This is post 1 of 3 in the series “Increased Demand for Emerging Market Bonds: More Than Just Chasing Yield?”

Of the benchmark-eligible bonds issued in February, nearly three-fourths, or $28.8 billion, of the debt came from three nations: Mexico, China, and South Korea. 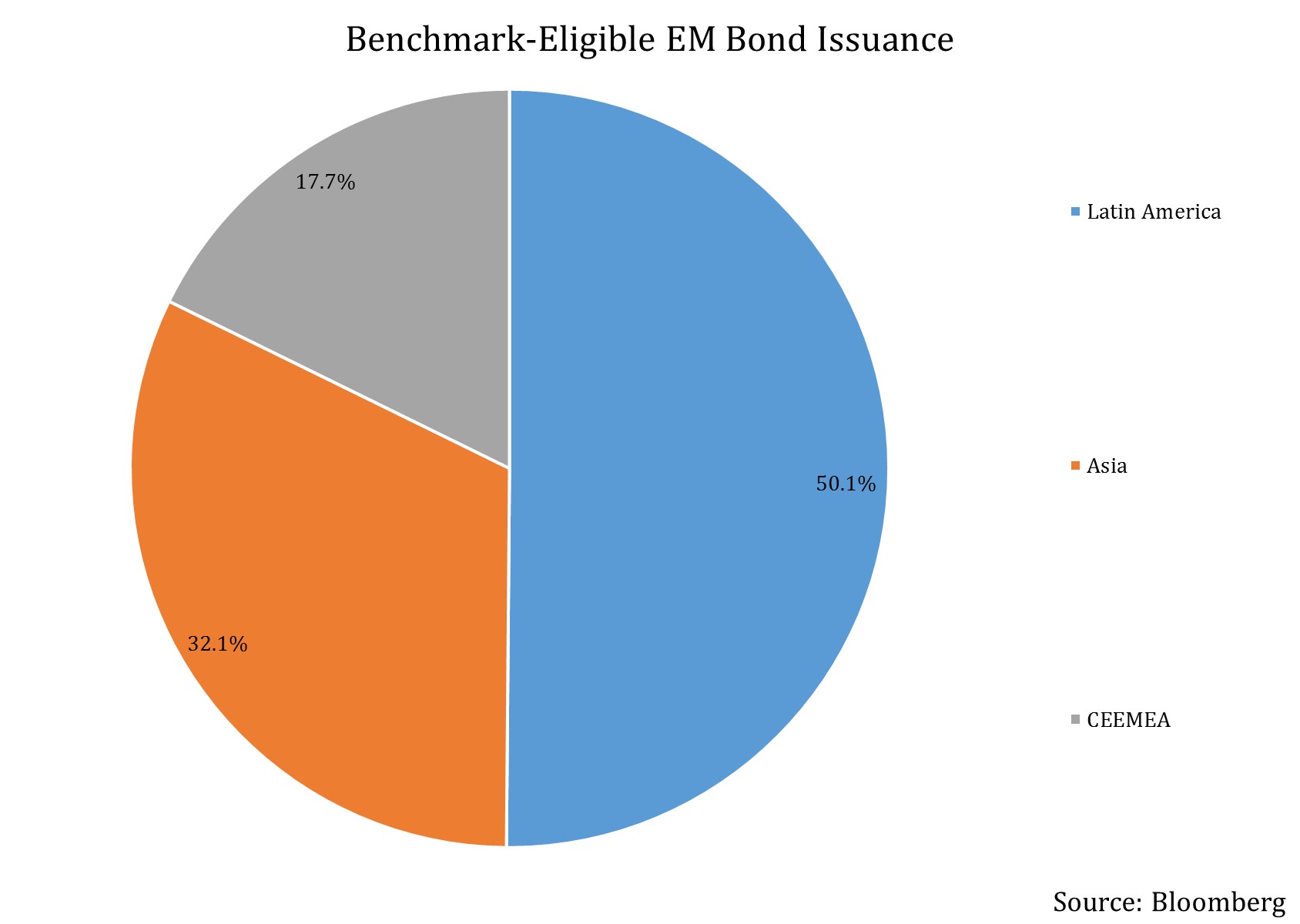 Investors are looking beyond concerns

Since the change of guard in the US, investors had become wary of the impact on emerging markets due to the rhetoric of trade protectionism, which had begun to turn into reality. Emerging market assets across the board – stocks, bonds, and currencies – had been hit after the Donald Trump as US President in November 2016. The negative view on these assets was then accentuated in light of prospective rate hikes by the US Federal Reserve.

However, 2017 has started off strong for emerging market assets. The MSCI Emerging Markets Index is up 7.4% in YTD 2017 until March 10. And as is shown from the information provided by Bloomberg, investors are finding emerging market debt enticing.

The report highlighted that among the three nations named above, Mexico and China – two nations considered most at risk from US protectionist trade policies – have commanded 68.8% of the total emerging market bond issuance in February.

Latin America formed half of the total emerging market bond issuance in February, followed by Asia with 32% of total benchmark-eligible issuance. CEEMEA in the graph above refers to Central Asia, Eastern Europe, Middle East and Africa.

From Mexico, Petróleos Mexicanos, or Pemex, was the biggest issuer, having issued eight bonds worth a cumulative $15.7 billion. Meanwhile, Industrial and Commercial Bank of China, Huawei Technologies, Huarong Xiangjiang Bank, and CITIC dominated the $10.4 billion issuance by China.

Let’s take a closer look at February issuance in the next article.

This is post 1 of 3 in the series “Increased Demand for Emerging Market Bonds: More Than Just Chasing Yield?”