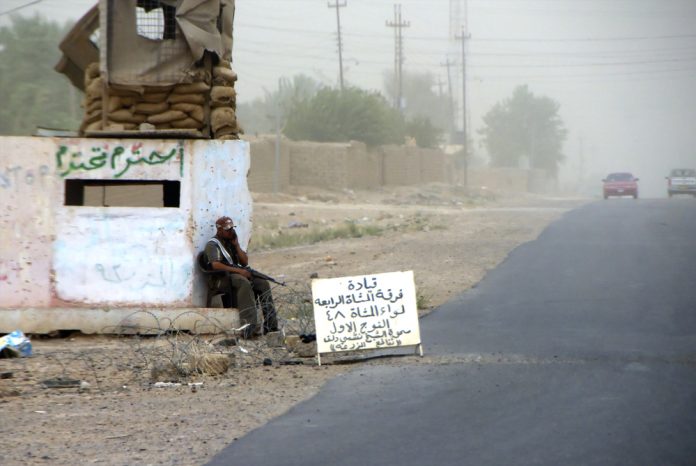 In November we featured Suha Najjar’s pulse check on the Iraqi economy. It is also worth a read as well.

“Iraq looks more promising today than it did last year.”

Excuse me for looking at the above quote with a healthy dose of skepticism.

Just turn on the news. Iraq. A place where volatility would be an understatement. To many, Iraq might as well be a synonym for a market crippled by sectarian violence and corruption. To the overwhelming majority of investors, even the slightest glance towards the Iraqi market would be enough to turn them off.

This is understandable. An investor looking at Iraq would need to have a very high appetite for risk.

Yet, as Baron Rothschild famously said, “the time to buy is when there’s blood in the streets.”

While the advance of the Islamic State (ISIS), ongoing instability, disputes with (Iraqi) Kurdistan, and collapsing oil prices triggered negative economic growth in 2014 (.5 percent according to the IMF, or perhaps a few points larger according to others). The contraction will likely be exacerbated in 2015, but longer term prospects in Iraq hold promise.

The 2014 crisis might just be the impetus to place Iraq on a track towards a more promising and prosperous future.

Frontera interviewed Suha Najjar of Akkadia Partners, an advisory firm that focuses on Iraq, for her expert opinion on Iraq’s 2014 and her perspective on 2015 and beyond. Suha isn’t just a London-based market expert; Suha spends time “on the ground”. We caught up with her after she recently returned from a visit to Kurdistan.

The crisis has led to reconciliation and forced the Iraqi government to get serious about tackling corruption, replacing a regime where corruption was rife to one that is making concerted efforts to reduce its impact.

Prime Minister Haider Al-Abadi’s government, in power since mid-August, has been working to stamp out corruption where his predecessors made few efforts. Additionally, the crisis has forced him to reconcile with Kurdistan to resolve their longstanding disputes over oil revenue, territory, and government spending. The need to unify efforts to combat ISIS has led Baghdad and Erbil to come to an agreement, signed in early December to share revenue and resources. The agreement is expected to bolster Kurdistan’s capacity to combat ISIS through increased funds from Baghdad and to boost economic growth as well. In return, Baghdad’s government will sell up to about 550,000 barrels of oil per day from Kurdistan.

Beyond reconciliation, the Al-Abadi government – like many other oil exporting governments – is aware of the need to diversify its economy and attract investment. What separates Iraq from many other OPEC countries is that prior to the installation of sanctions on the Saddam Hussein regime in the early 1990’s, the country was one of the most economically diversified members of OPEC. Its industries remain woefully neglected yet much of the basic resources that spurred this diversification in the first place remain in place but untapped. Further, there is talk of finally passing further investment protection laws to spur more foreign direct investment (FDI).

While there are investor opportunities in Iraq’s other sectors, the country’s commitment to enhancing its oil exports and the availability of cheap extraction make it particularly appetizing for investors.

Iraqi oil accounts for the overwhelming majority of the country’s exports and nearly all of the government revenues. The country has 143 billion proven barrels of oil with some of the lowest extraction costs anywhere, costing as little as $5 to extract a barrel of oil in many fields throughout the country. Iraq is also the second largest oil exporter in OPEC after Saudi Arabia, exporting about 3.3 million barrels per day.

Iraq is committed to the World Bank-developed Integrated National Energy Strategy, which outlines a plan to enhance export output to at least 5 million barrels per day by 2020.

Understandably, the collapse of oil prices has been painful and the ISIS onslaught has threatened production areas in the North. Yet from October to November the country has been able to increase oil production by over 100,000 barrels per day.

Prior to the crisis there were many signs of optimism in Iraq. In February of 2013 the Baghdad Stock Exchange featured telecom provider AsiaCell in an IPO offering and raised $1.3 billion for the company. AsiaCell’s IPO was the largest IPO in the entire region in the past five years.

All together, the market capitalization is around just four percent of Iraq’s GDP, where Middle Eastern states are somewhere in the neighborhood of 45 to 50 percent.

In Kurdistan, even with ISIS literally just miles from Erbil, optimism for the future reigns. Erbil is set to open its own stock exchange and its most recent agreement with Baghdad is expected to lead towards enhanced stability. While no one mistakes Erbil for Dubai, its rapid growth and prosperity is impressive.

All told, the 2014 crisis has created significant value opportunities for investors with a strong appetite for risk and reward.