This is post 3 of 3 in the series “Turkish Equities Going the Brazil Way?”

Brazilian equities (EWZ) had a tremendous 2016, leading all stock indices globally, even in the face of adverse developments at home. Its macroeconomic situation was far from enviable with the economy in continued recession, surging inflation and high unemployment. Its political situation was far from stable as well and the country witnessed its first female President impeached – to the delight of equity investors – as the year progressed.

The new Michel Temer government has had a mixed response. The President himself never enjoyed much popularity, even though investors cheered and locals hoped for a better future after he took office. Fiscal tightening changes like constitutional amendment PEC 55 left Brazilians seething and fanned protests around the country.

But as noted above, its equity market flourished. 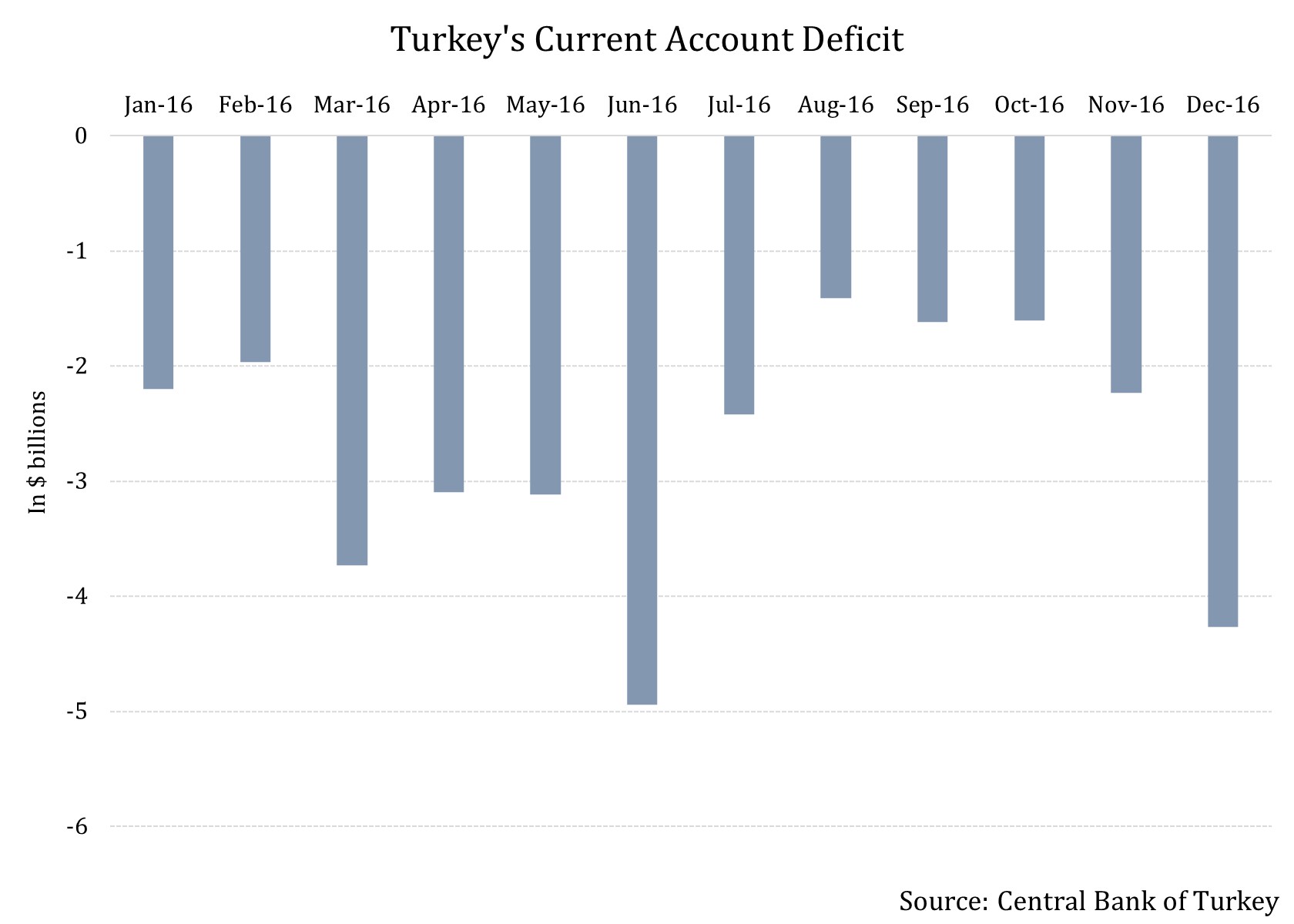 Is Turkey seeing the Brazil effect?

Let’s first look at some broadly common themes between Brazil and Turkey. Similar to Brazil of 2016, Turkey is not yet considered politically stable. Rating agency Moody’s had noted in January “we expect asset quality trends to worsen this year, driven by the combination of high inflation, lira depreciation and the general worsening of the investment climate because of security issues and geopolitical tensions.”

President Recep Tayyip Erdoğan’s proposed constitutional amendments which provide much greater power to the President have also been worrying investors.

On the central bank front, it is widely believed that the government influences the central bank’s policy decisions as the latter has been hesitant about a rate hike at a time when it can address the fall in the Turkish lira and control inflation. This was further validated with Erdoğan publicly expressing his dislike for rate hikes due to their negative impact on economic growth.

Now, for the differences. Macro economically speaking, Turkey is far better placed than Brazil was last year in terms of economic growth. Even though inflation is high, the country is not facing stagflation, which was the case with Brazil.

Its current account deficit – a key metric – which was released on February 14, was smaller-than-forecast in December at $4.3 billion. This better-than-expected reading also supported the Turkish lira.

The strong performance by Turkish equities, as shown in the first article of this series, is indicative of a similar faith investors had with Brazil in 2016. The country’s relative strength compared to some other emerging markets can continue to attract investors.

But for the medium-term, it’s up to the government to keep investor confidence up. Concentration of power and conservative views would erode this confidence, and would not only reflect in the lira, but in Turkish equities (TUR) as well.

This is post 3 of 3 in the series “Turkish Equities Going the Brazil Way?”