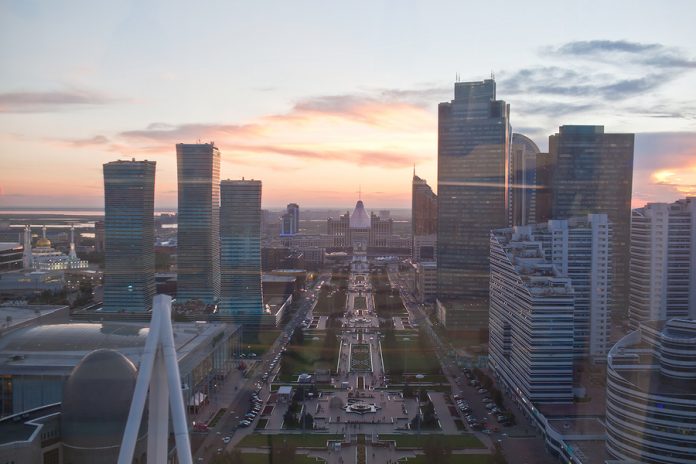 This is post 1 of 3 in the series “Could the Nurly Zhol – OBOR Blend Help Kazakhstan Top its Own FDI Record?”

The economy of Kazakhstan has outperformed in the first half of 2017 in the lead up to EXPO 2017 in Astana. GDP growth was recorded at 4.2% in June. The main drivers of expansion included the manufacturing industry, construction, agriculture, transport, warehousing, and trade.

The government expects the economy to grow by 2.4% in 2017 and by 3.5% in 2018. “Step-by-step we should reach a growth rate of 5.5% by 2021,” said Kazakh Prime Minister Bakytzhan Sagintayev at a forum held as part of the EXPO 2017 in Astana.  The frontier market (FM) (FRN) is transforming and its economy is now opening up to foreign capital and private participation.

The total amount of foreign direct investment in the economy topped $20 billion last year,” said Zhenis Kassymbek, Minister of Investment and Development in Kazakhstan during an exclusive interview with The Korea Herald. “Investors regard Kazakhstan as a gateway to the Eurasian Economic Union market of 180 million people.” The economy is already taking steps towards modernization. “Korea is one of [our] top priority investors,” said Kassymbek. The minister believes that Korean enterprises (EWY) (KORU) would be able to lend the necessary high-quality, advanced technologies and qualifications that the country is currently looking to capture.

According to the National Bank of Kazakhstan, the gross inflow of FDI to Kazakhstan in 2016 stood at $20.6 billion, setting a new record with a 40% rise in FDI from the $14.8 billion attracted in 2015. The main recipients of the FDI were the mining industry, geological exploration, and processing.

For those who have been overlooking commodity-related sectors (DBC) for some time now, the mining industry in Kazakhstan certainly demands a second look.

This is post 1 of 3 in the series “Could the Nurly Zhol – OBOR Blend Help Kazakhstan Top its Own FDI Record?”