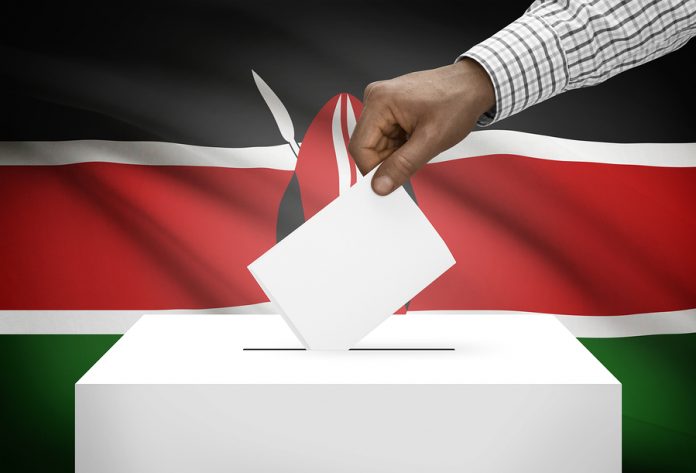 DaMina Advisors’s widely hailed VERITAS frontier markets synthetic big data elections forecast model predicts a landslide win for Kenya’s veteran opposition leader Raila Odinga on August 8. Despite fears of widespread rigging, election day violence and heavy handed tactics by the incumbent, President Uhuru Kenyatta, aided by the country’s security forces, Odinga’s winning margins are likely to be so large nationally that any attempts at rigging will not efface the scale of his potential victory. DaMina’s Veritas model forecasts Odinga to win about 60% of the vote. In 2013, Odinga won 55% of the countries electoral counties but lost the national vote. This time, Odinga is poised to win 65%-70% of country’s 47 electoral counties to clinch a first round surprise victory. Odinga may yet surprise even his supporters and sweep nearly 60% of the first round vote, completely routing President Uhuru Kenyatta in the voter rich and much contested swing region – the Rift Valley, where the close contested will be ultimately decided.

The key province to watch ahead of the August 8 poll is Kenya’s Rift Valley. It remains the country’s major electoral ‘swing’ province and home to almost 25% of the electorate, making it the terra firma of the entire election. The Rift Valley has registered 25% of Kenya’s new voters for the 2017 polls. The Rift Valley is 32% of the total land area of Kenya, but has a very low population density of just about 55 people per square kilometer compared to Nairobi at over 4,500 for the same square footage. Yet, this sparsely populated province, which has 14 counties, remains the key battleground for the 2017 poll. In 2013 Kenyatta picked the popular MP for Eldoret North Constituency and former Minister of Agriculture, William Ruto. Together they went on to win over 70% of the Rift Valley vote, propelling both to national victory. In 2017 Kenyatta will not win the same super high margins in the Rift Valley. Continued tensions between the Moi family represented by former President Daniel Arap Moi’s son, Senator Gideon Moi and Ruto have scuttled any plans for the president to re- create his winning coalitions in the Rift Valley. DaMina’s model forecasts that this time Kenyatta may win about 50% of the vote in the Rift Valley or even less, effectively dooming his reelection prospects. In 2017, one of every four new voters will come from the Rift Valley, DaMina models expect a majority of these voters to cast their votes for Odinga, or at worse split their votes.

Beyond the Rift Valley, economic anxieties will likely underpin a big shift in the large urban areas of Nairobi and Mombasa towards Odinga, and away from Kenyatta. In 2013, Odinga won 71% of the Mombassa vote, this time he may win over 80%. In 2013 Odinga barely beat Kenyatta in Nairobi, by a 3 point margin of 49%:47%. This time with rising inflation, stagnant wage growth and high real interest rates, Kenyatta is likely to drop by at least 10% points in voter popularity, with Odinga winning Nairobi strongly. Even if the two split the Nairobi vote 50:50, Odinga will still win the national vote by a landslide. In the western province in 2013 3rd party opposition leader Musalia Mudavadi took 31% of the vote and together with other 3rd party candidates went on to win a total national tally of almost 700,000 votes or about 6%. This time there are no major strongly ethnically backed 3rd party candidates and Mudavadi has thrown his support behind Odinga. In 2013, had Odinga won the outright support of Mudavadi the final election tally would have split almost 50:50. This time Odinga is poised to sweep the western province by a margin of almost 90%. Apart from Central province, the homelands of Kenya’s Gikuyu ruling classes, where Kenyatta may get nearly 100% of the vote, Odinga may yet sweep all the remaining provinces. In 2013, even though Odinga lost the final tally, he carried a majority of counties. In 2017, Odinga will likely carry a super majority of counties to clinch the presidency on August 8 for a first round surprise victory.