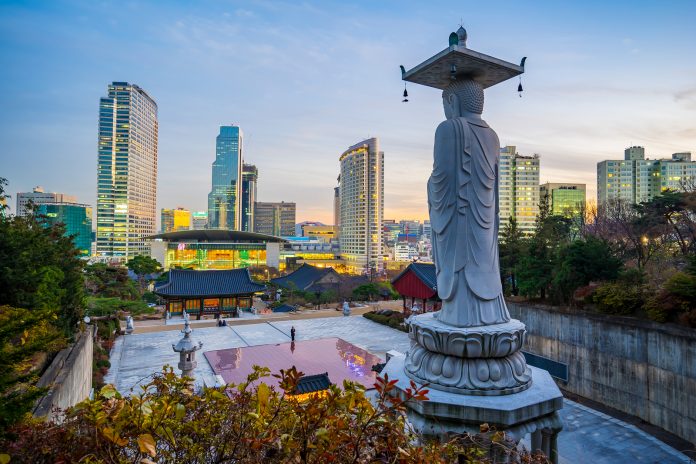 Unlike some of the countries in this review such as Malaysia and Thailand, South Korea already has a free trade agreement with the US. The KORUS FTA (United States-Korea Free Trade Agreement) was signed in June 2007 and came into effect in March 2012.

The reason that South Korea (EWY) is worried about the treaty is the view that US President Donald Trump took towards the nation during his election campaign. As a presidential candidate, Trump had described the KORUS deal as “job killing” for the US, adding that it “doubled our trade deficit with South Korea and destroyed nearly 100,000 American jobs.”

Though since his election, Trump has made no specific remarks on the KORUS FTA, South Korean businesses are worried that the agreement may be under fire once the Trump administration has thought through its deals with China, Mexico, and other major partners.

The business community in South Korea (DBKO) is pulling out all the stops to convince the Trump administration of the virtues of its free trade deal to preempt any negative views which may come to light. 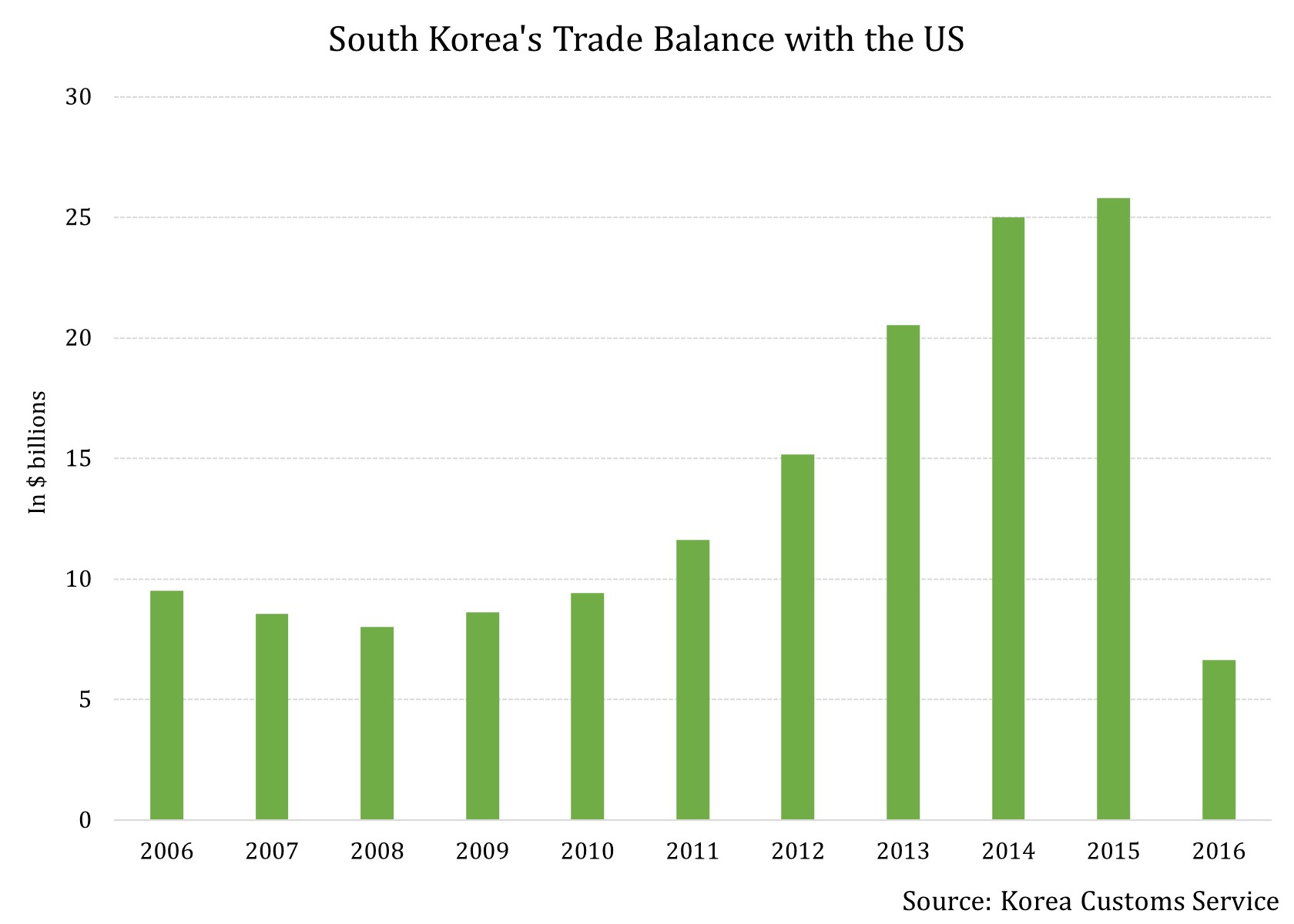 South Korea’s trade minister Joo Hyung-hwan was reported by Bloomberg as saying that the government “will dispel the U.S.’s misunderstanding on the effectiveness of the U.S.-Korea FTA by explaining the growth of exports of U.S. vehicles to Korea and job creation as a result of Korean companies’ investments.”

Auto exports to the US are key for South Korea (DXKW), and as shown by the graph above, its trade surplus with the US has grown since the deal came into force in 2012 (data for 2016 is only until March).

Voice of America reported that according to the American Automotive Policy Council, about 80% of the trade surplus that South Korea enjoys is in the auto sector. Meanwhile, the Korea Automobile Manufacturers Association informed that auto imports from the US have risen 20% in the past two years.

South Korean auto majors Hyundai Motor and associate Kia Motors have announced an investment of $3.1 billion in the US spread out over the coming five years. Meanwhile, electronics major Samsung has expressed its intent to open a new manufacturing facility in the US.

The government and businesses from South Korea are leaving no stone unturned to assure the US that even in the face of an increasing trade surplus with the US, the trade deal is mutually beneficial. Time will tell how the US responds to these arguments.

After looking at several Asian nations, let’s move on to the Latin American country that would carry the most exposure to US changes in foreign trade policy.