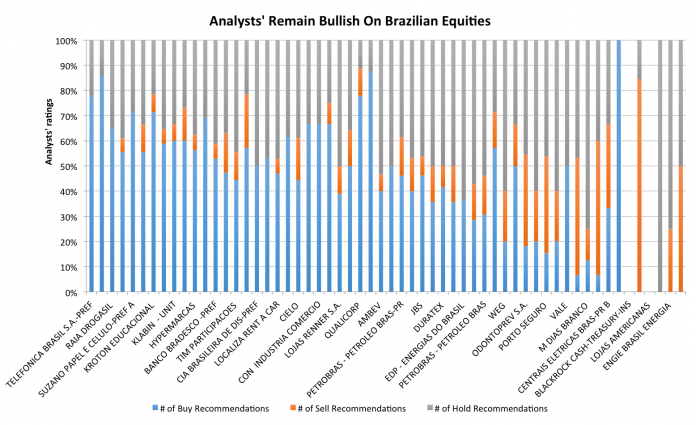 This is post 6 of 7 in the series “Brazil:End Of A Bull Run Or A Buying Opportunity?”

Fidelity Funds Latin America fund portfolio manager Angel Ortiz believes the correction in Brazil’s market is an attractive opportunity for prospective investors to pick up stocks with reasonable valuations. Meanwhile, Paul Espinosa fund manager at Seadarer is waiting for clarity before taking any fresh positions. Espinosa is bullish on Brazil banks Itau Unibanco (ITUB) and Bradesco (BBD), Brazilian beverage giant Ambev (ABEV), and paper company Fibria (FBR). He believes these companies have strong fundamentals are less likely to be affected by political uncertainty in the country. Further, he mentions that these companies are less exposed to weakness in the Brazilian real as they earn dollar revenues. Experts are also optimistic on Ultrapar Participacoes SA (UGP), dental insurer Odontoprev SA (ODVPV3) and mining giant Vale SA (VALE). 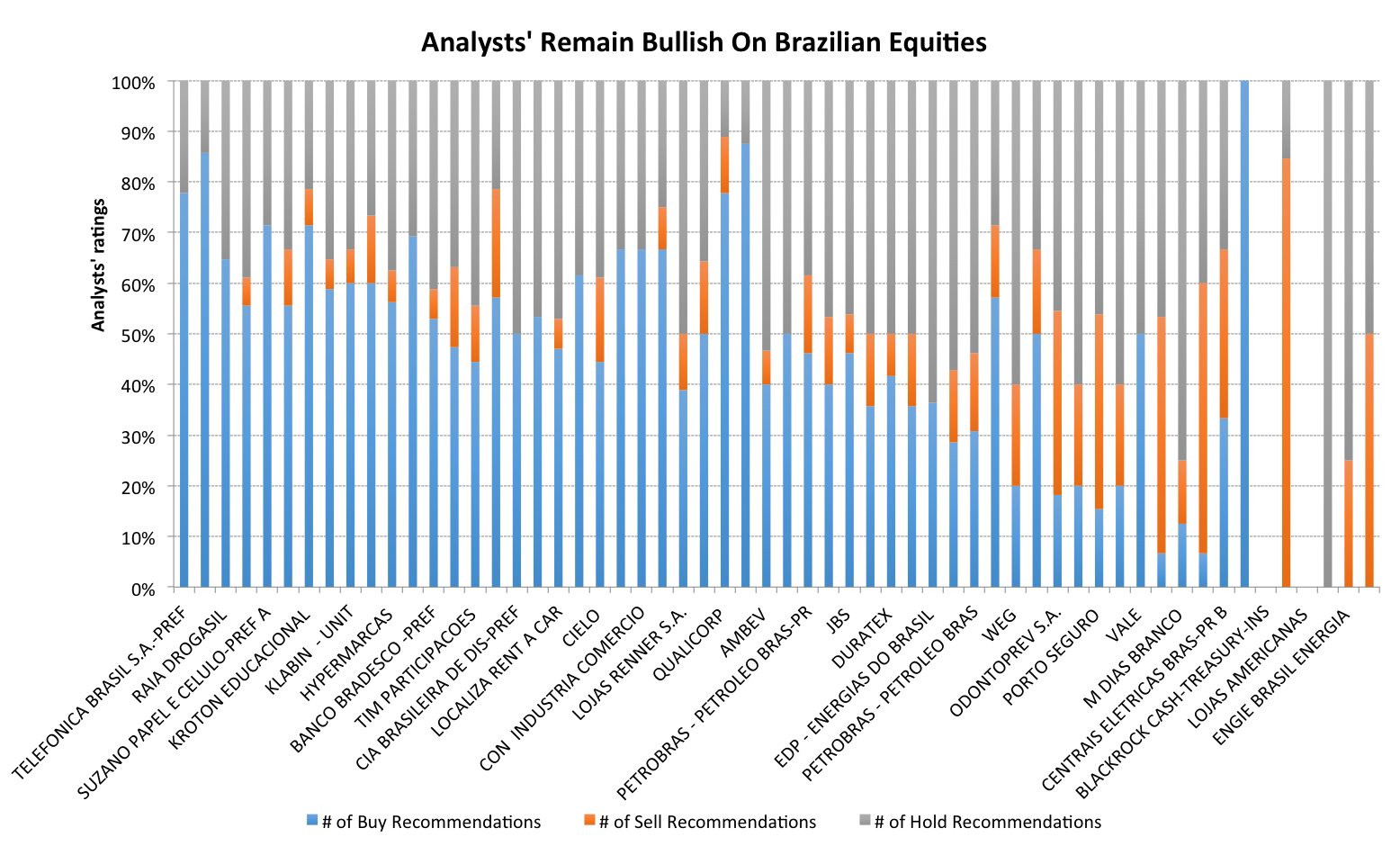 Analysts’ estimates tend to drive short-term movements of stocks. Changes in ratings and estimates guide investors towards what markets are expecting from a particular company. The chart above shows the ratings of some stock in Brazil.

Analysts are most bullish on Telefonica Brasil (VIV), Rumo SA (RAIL3) and Raia Dragosil (RADL3) as these stocks have received the highest buy ratings, and very few sell ratings.

This is post 6 of 7 in the series “Brazil:End Of A Bull Run Or A Buying Opportunity?”