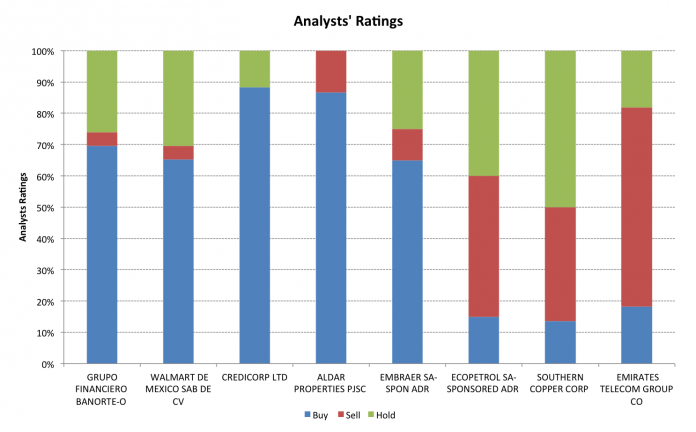 This is post 5 of 6 in the series “Explosion Of Chinese Investments In Latin America; Opportunities”

Analysts believe Latin American economies including Mexico (EWW), Brazil (EWZ) and Argentina (ARGT) are currently trading at cheap valuations and are bullish on domestic sectors like retail and infrastructure. Within materials, analysts favor iron ore miners and pulp & paper producers over copper miners and steel producers and have an underweight position in oil & gas. 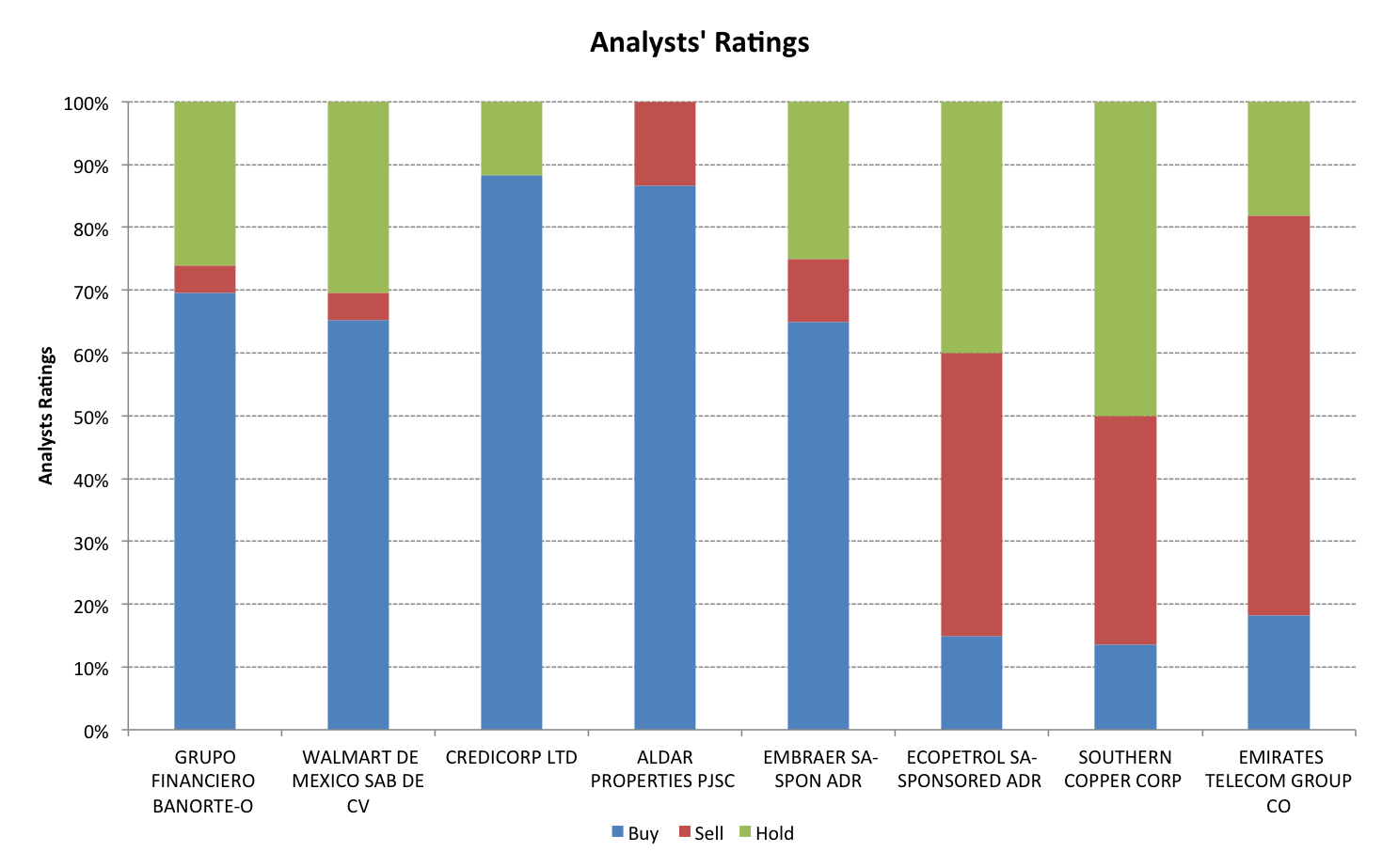 Analyst estimates tend to drive short-term movements of stocks. Changes in ratings and estimates guide investors towards what markets are expecting from a particular company. The table above lists the ratings and 12-month target prices of some stocks in Latin America.

Analysts are most bullish on Grupo Financiero Banorte-O (GFNORTEO), Credicorp (BAP), Walmart De Mexico (WMT), Embraer Sa-Spon ADR (ERJ) and Aldar Properties (ALDAR) as these stocks have received more than 80% buy ratings, and few sell ratings. Aramex (ARMX) has a consensus target price of USD $1.28 resulting in a return potential of 14.7% over the next 12 months, highest among its peers.

This is post 5 of 6 in the series “Explosion Of Chinese Investments In Latin America; Opportunities”