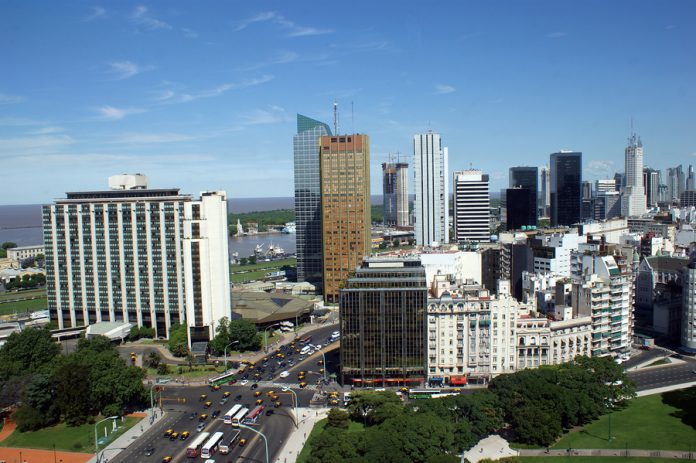 This is post 1 of 4 in the series “Argentina’s Economy: It Gets Worse Before It Gets Better?”

The Argentina of today is radically different from the one that existed before current President Mauricio Macri took office in December 2015.

The country’s economy has recently come out of a recession, having posted year-over-year growth of 0.3% in the first quarter of 2017 after being in the negative territory for three consecutive quarters. Macri had inherited an economy which was rapidly losing ground as seen from the graph below.

The government expects the economy to grow approximately 3% in 2017 – seemingly a bit too optimistic when one considers the International Monetary Fund’s (2.2%) and the Organisation for Economic Co-operation and Development’s (2.5%) projections. Regardless of the eventual pace, the country looks set on a strong rebound after a dismal 2016, which is expected to get stronger in 2018.

Though inflation has also seen improvement, this matter is open to even more intense debate than economic growth. Inflation rate had stood at 27% when Macri took office in December 2015. It was a little higher than that by April 2017, and slowed to 24% in the following month. The improvement can be seen from the last recorded level in April 2016 when year-on-year inflation had zoomed to 40.5%. 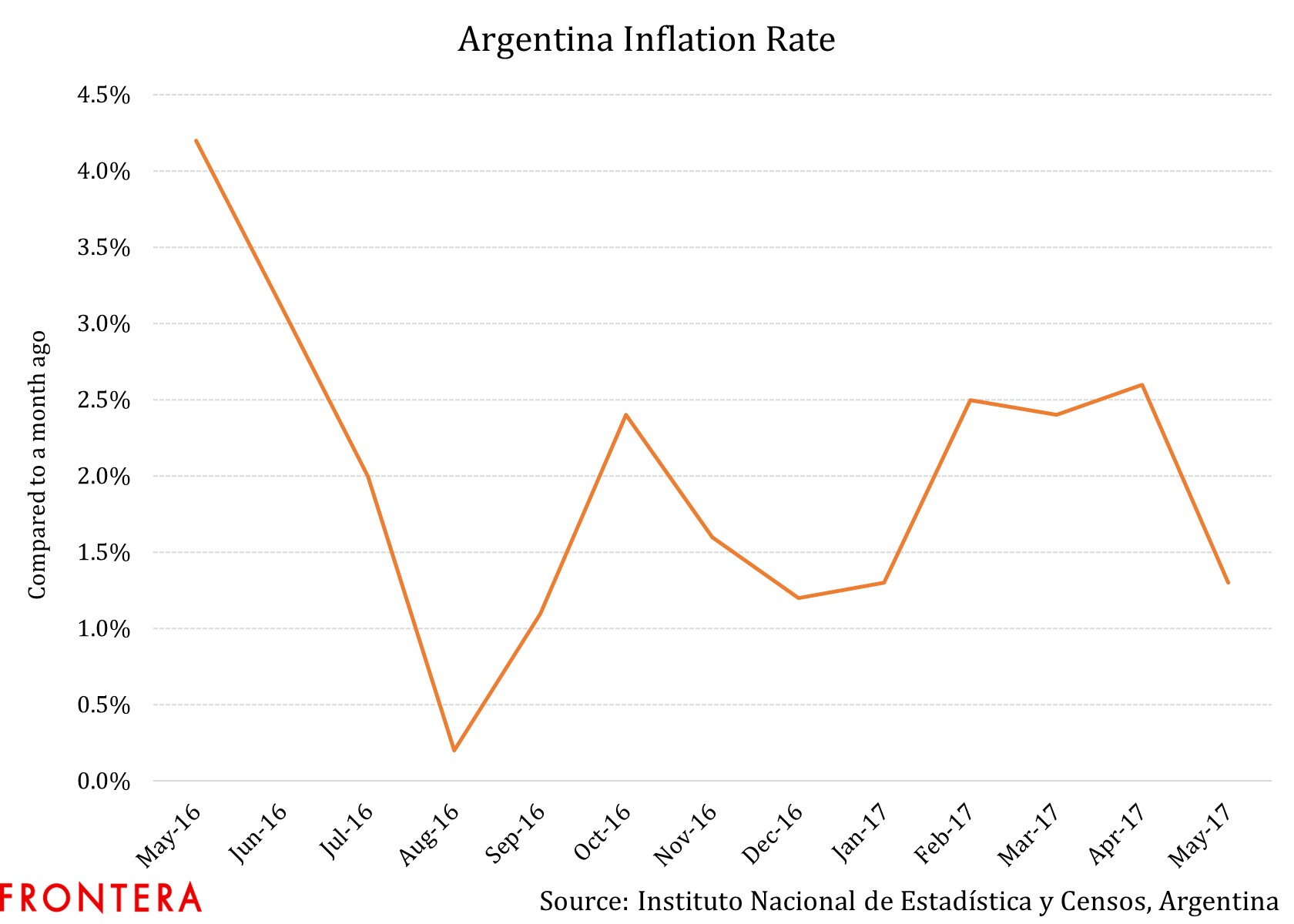 Since April 2016, records are not available as the statistics agency Instituto Nacional de Estadística y Censos (INDEC) was being overhauled after accusations of unreliable data dissemination under the previous administration.

There is debate as to whether the government will be able to contain inflation at the 20% level targeted by the end of 2017.

One would think that with all the reforms undertaken by the Macri government since being in office would make the country would be on a clear path to a sustainable rebound trickling all the way down to main street. But there’s a clear and wide divide in this regard.

On one hand, car sales surged nearly 40% in June according to Acara, the vehicle dealers association. In H1 2017, the industry saw sales surging by 33% compared to the previous year. This is one indication of the confidence consumers have in the economy. Further, tax collection is reported to have risen by nearly 30% in June compared to a year ago – another sign of a more tightly knit system.

However, the government has also received a strong backlash regarding its policies at home. The working-class population has assessed the reform measures to be pro-business and benefitting only the elite while they continue to suffer under price pressure and high taxes. Meanwhile, government data shows that 30.3% of Argentines were living in poverty in the second half of 2016 – lower than the 33% level in the first half of the year, but barely a palpable change.

Multinationals and investors maintain a high level of conviction in the country though, which reflects in its stock market performance. We’ll look at this aspect in the next article.

This is post 1 of 4 in the series “Argentina’s Economy: It Gets Worse Before It Gets Better?”