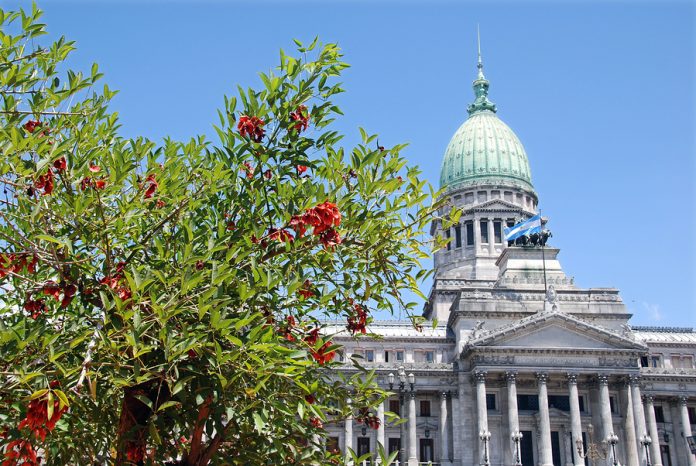 This is post 1 of 2 in the series “Which Stocks to Buy in Mauricio Macri’s Pro-Business Argentina?”

Argentina has bottomed out

Good news for investors in Latin American (ILF) equity. The economy of Argentina has already bottomed out, and the outlook points northward from here. After three consecutive quarters of negative growth on account of the currency devaluation and rampant inflation affected spending and investment in this emerging (EEM) (VWO) economy, the country has been recording positive economic growth in the recent quarters. 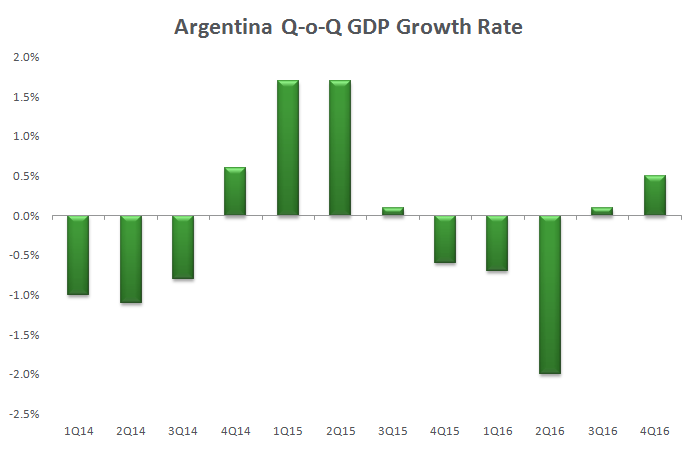 For 4Q16, the economy grew by 0.5% over 4Q15. After shrinking by 2.3% in 2015, analysts now forecast the economy to grow at 3% in 2017. Argentina Finance Minister Nicolas Dujovne predicts sustained GDP growth this year. In his “Macroeconomic Panorama” report, he said that GDP growth will be driven by consumer spending estimated between 3% and 3.6% in 2017.

Industries such as farming, construction, and energy are expected to remain in focus. Contribution from industries such as auto manufacturing may remain muted.  Production in the automobile industry in Argentina declined by 30% in 2016.

At the sector level, the top performing sectors in Argentina (on the capital market) so far this year, have been industrials, utilities, and financials. 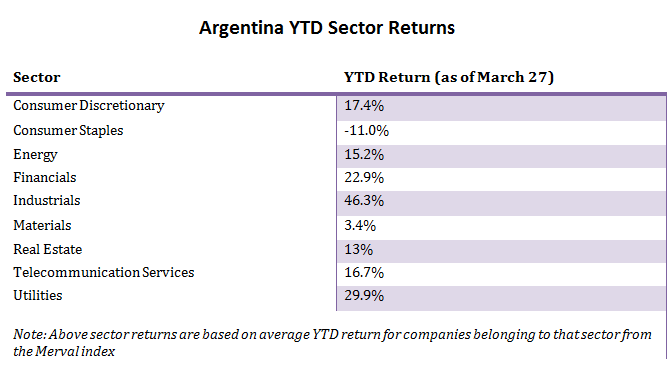 Moreover, Argentina’s benchmark Merval index currently trades at a forward P/E of 12.3, relatively low as compared to its Latin American (ILF) peers such as Mexico at 15 and Chile at 13.6 as of February 15, 2017.

This is post 1 of 2 in the series “Which Stocks to Buy in Mauricio Macri’s Pro-Business Argentina?”